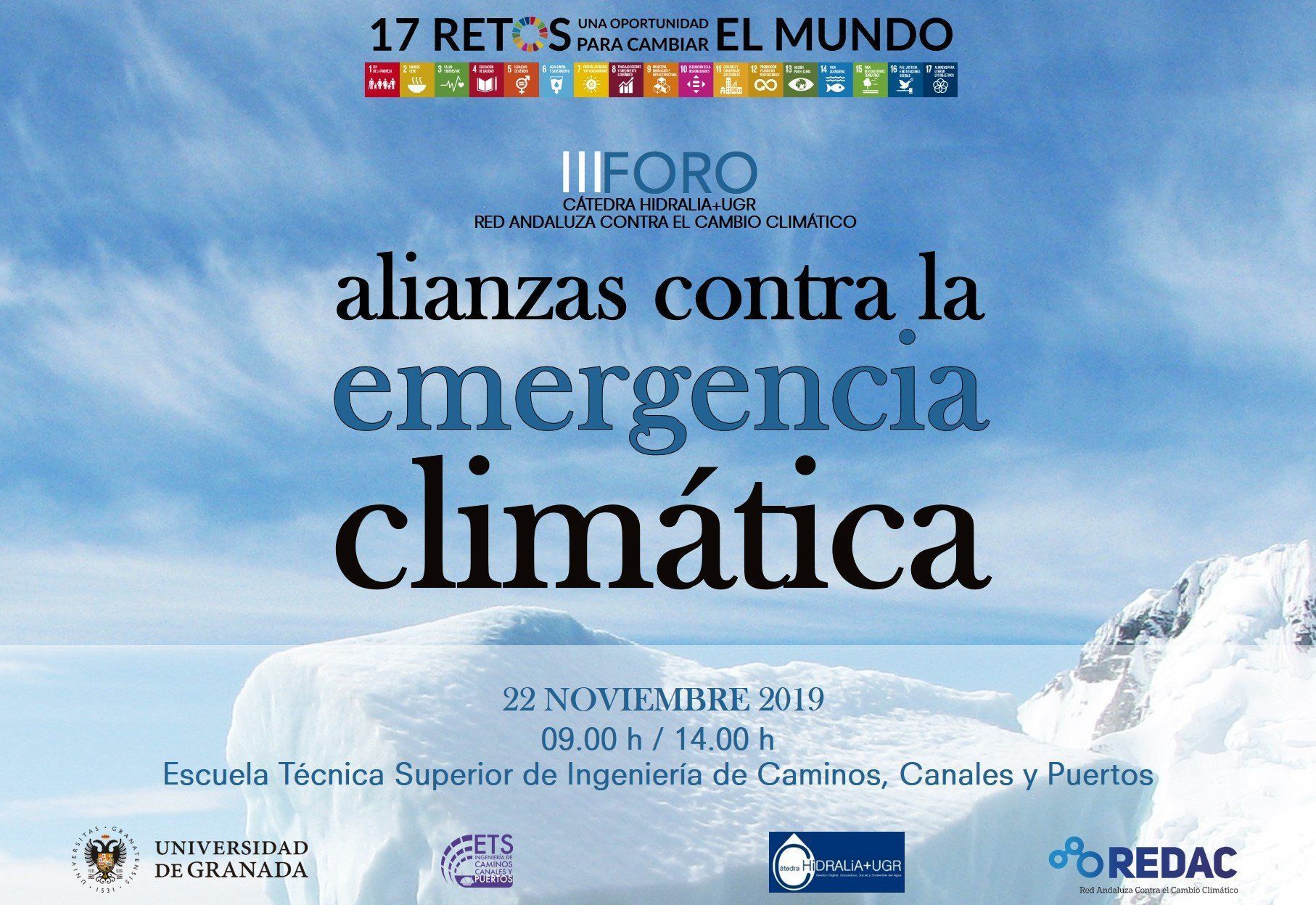 The Hidralia + UGR Chair in collaboration with the Andalusian Network against Climate Change (REDAC) will organize on November 22 the Forum “Partnerships against Climate Emergency” that will take place at the University of Road, Channel and Port Engineering ETS from Granada.

The Forum, which will be the third in the Chair, will bring together experts on the challenges associated with the Climate Emergency that will highlight the importance of partnerships in the fight against this serious global problem. The program of the event will allow the participation of institutions such as the Andalusia Government, University of Granada, Global Compact, Cifal – Unitar and NESI Forum. The structure of the forum will be divided between keynote conferences and the holding of discussion tables.

In the round tables it is intended to value the networks and alliances that are being woven in the fight against climate change. In the second part of the day, it will be the entities attached to REDAC that will have an important role, having the opportunity to know the good practices that are developed in the different sectors in terms of mitigation and adaptation to climate change. In this framework of good practices, Bioazul will participate where it will present some of its projects that help to adapt to climate change such as: RichWater, SUWANU EUROPE, CONNECTING NATURE or Water2REturn.