The SUWANU EUROPE regionals workshops have been held during the last two months. Bioazul as a general coordinator of SUWANU EUROPE has organized these workshops with the others Spanish partners of the consortium: ASERSA, UCO, FENACORE and CECU. All of them have previously working on the characterization of the reclaimed water sector in Andalusia, the evaluation of this resource and the study of the main barriers for its implementation.

The results of all that work have been shared and discussed in two regional workshops that took place on the 17th of September in Córdoba and on the 15th October in Málaga respectively.

The first workshop celebrated in Córdoba brought together the most relevant actors in the water and agriculture sector to discuss about the future of reclaimed water and propose together specific measures. This workshop aimed to prepare among all the participants the strategy of REGENERA Plan, the Andalusian Regional Action Plan for the Use of Reclaimed Water.

This event was attended by professionals and authorities of the sector as Joaquín Páez, President of the Hydrographic Confederation of Guadalquivir; Fernando Delgado, General Director of Planning and Water Resources of the Andalusia Goverment; Andrés del Campo, President of FENACORE (National Federation of Irrigation Communities of Spain) and Antonia Lorenzo, Bioazul Manager. 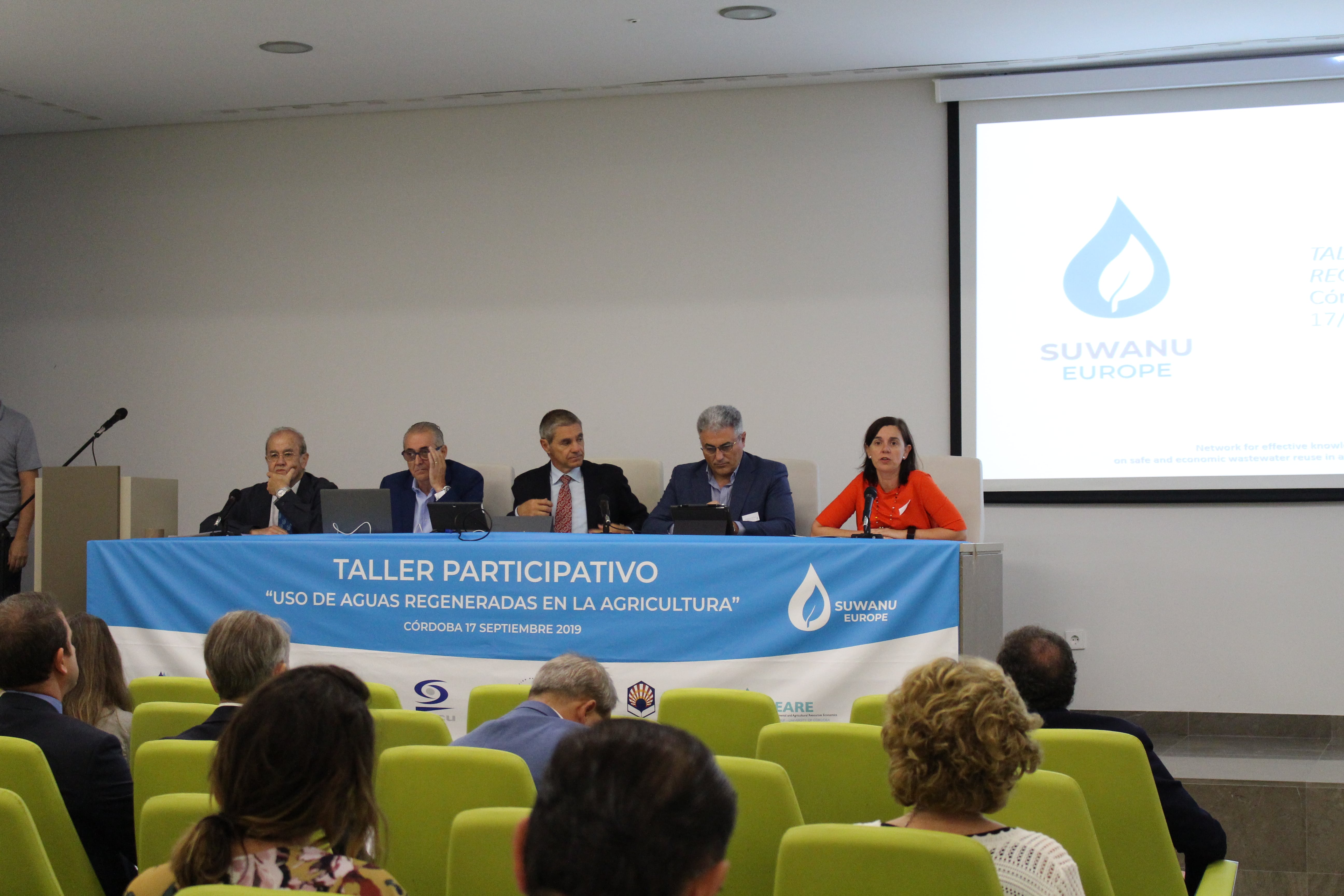 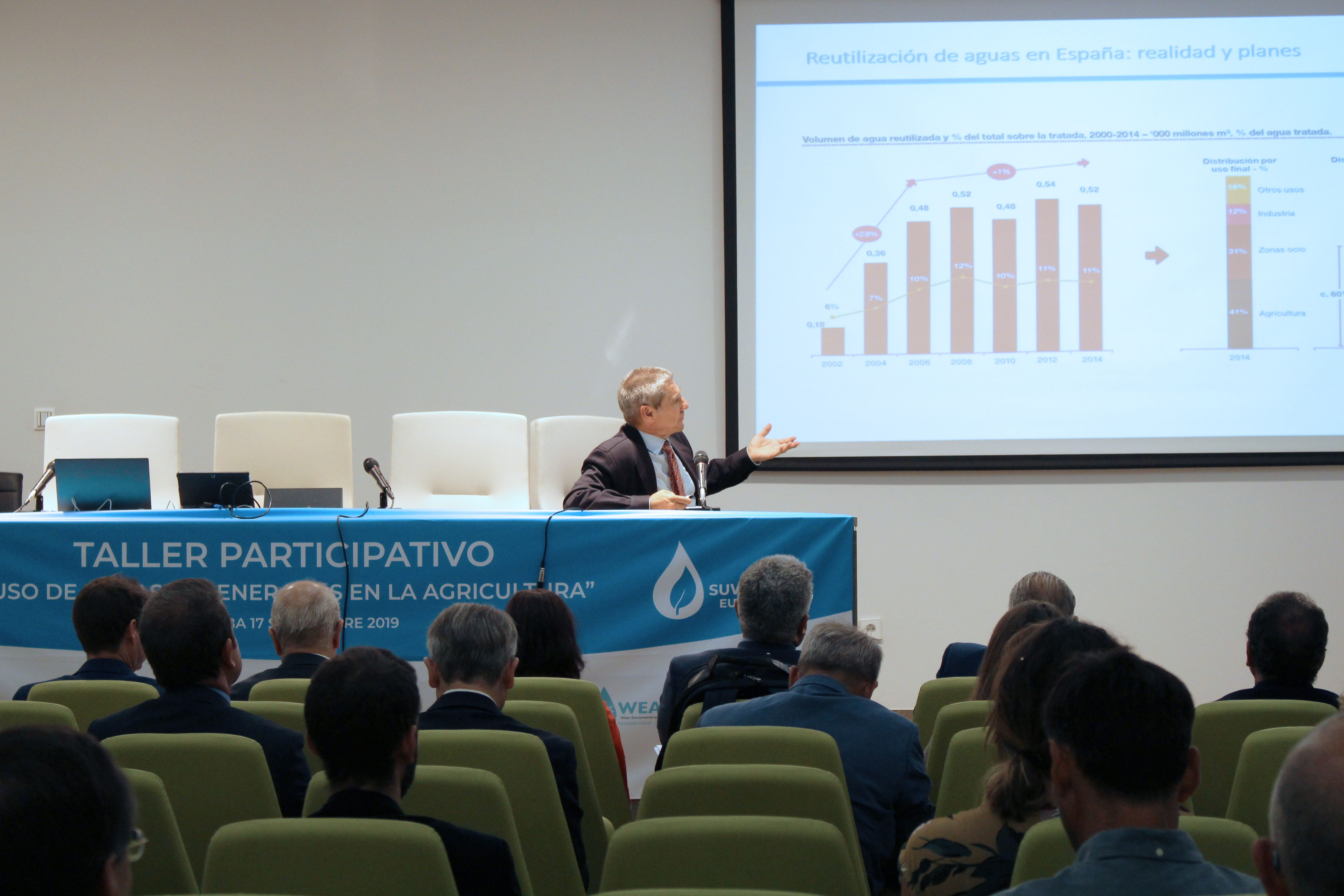 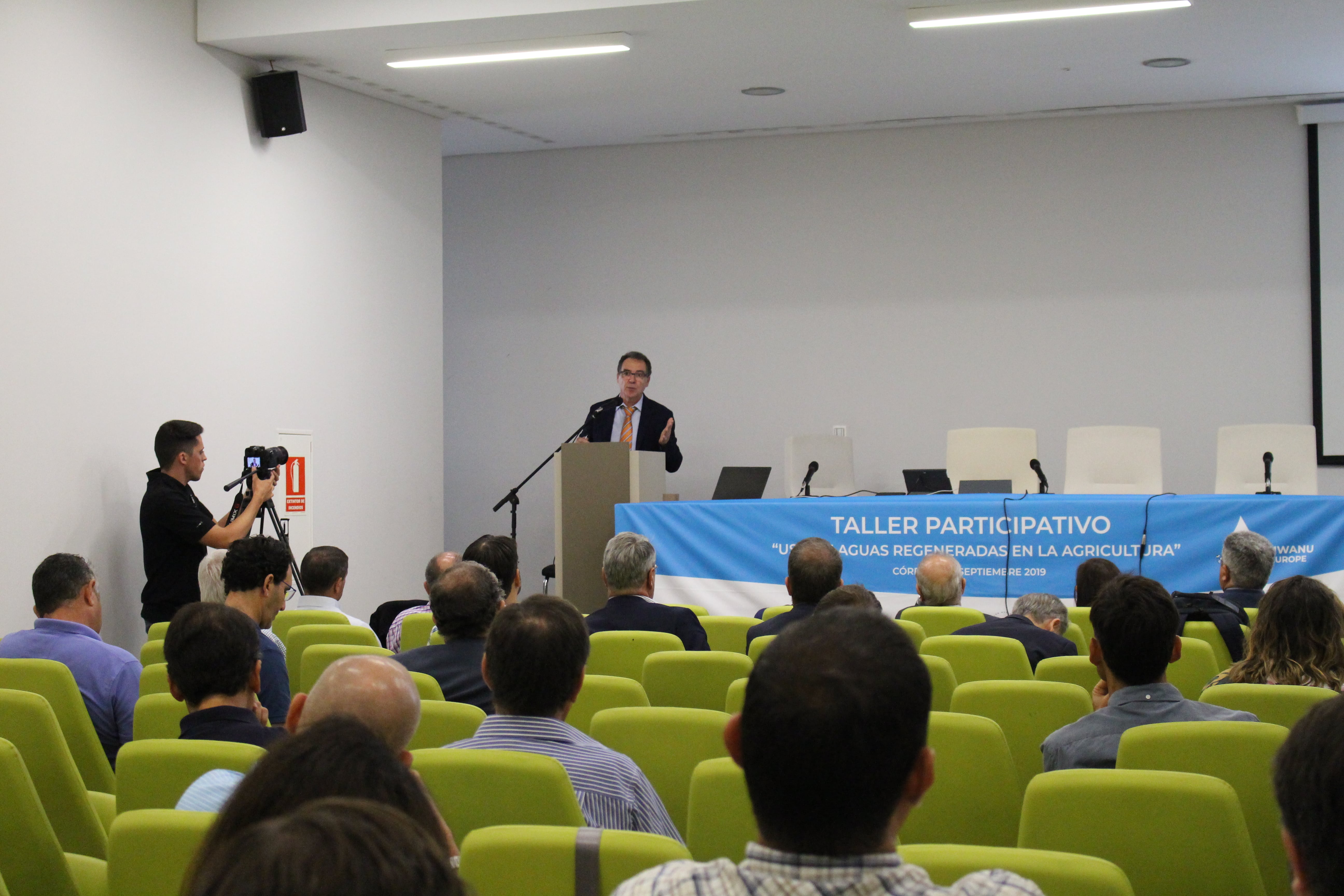 Afterwards, all the participants were divided into three groups where they could work on the strategic lines identified in the REGENERA plan. They discussed for more than two hours and finished this event presenting the measures proposed for each line of the plan. 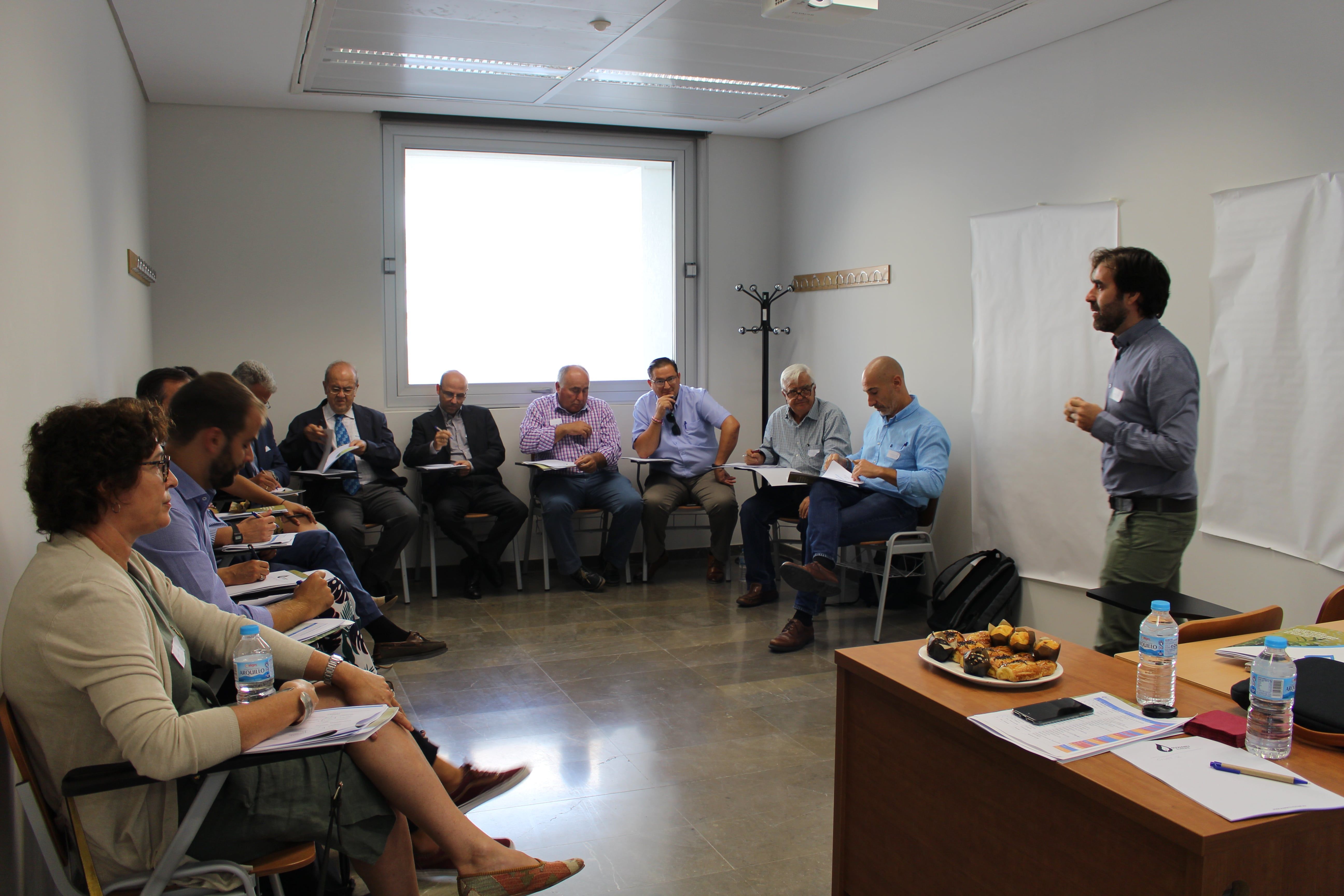 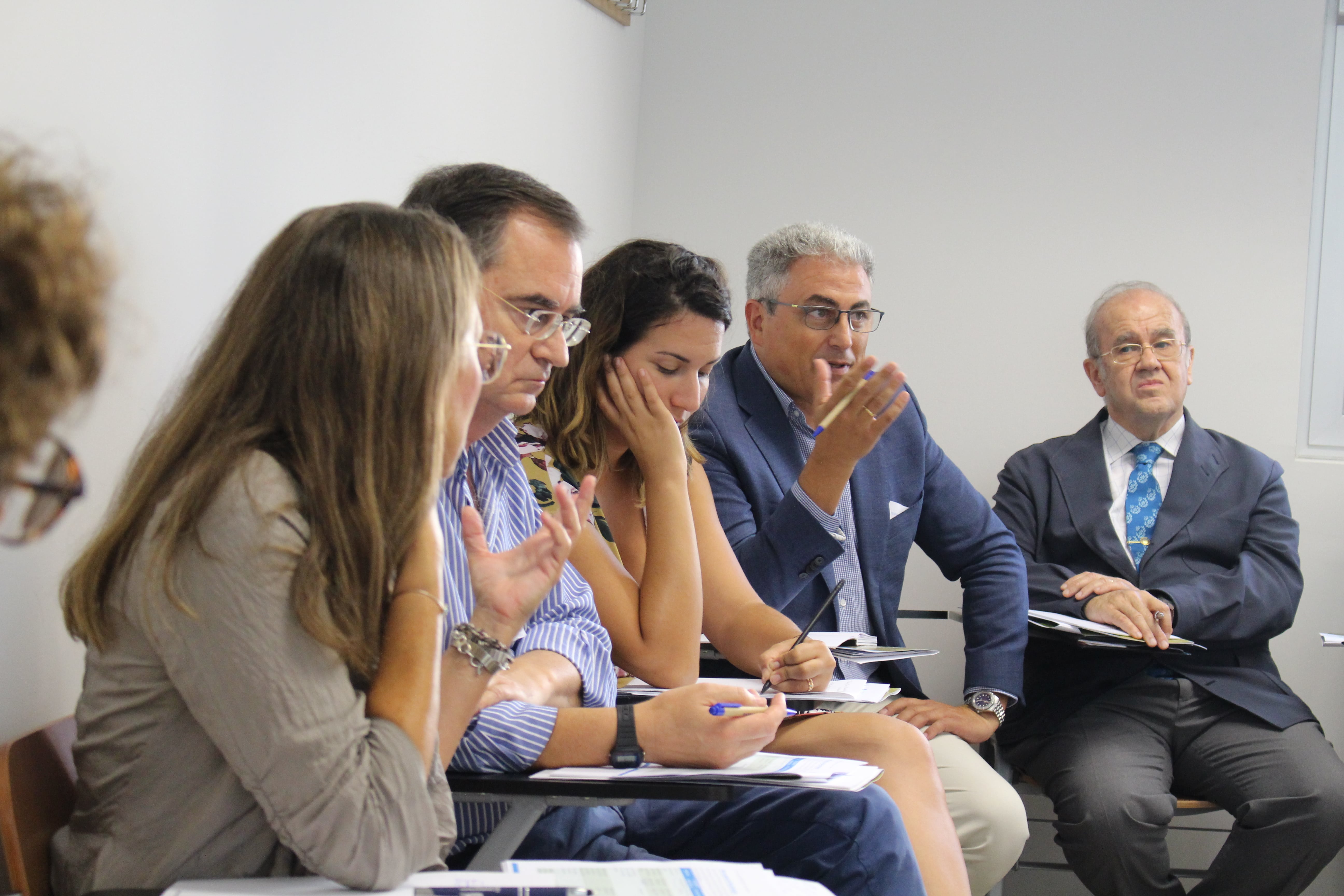 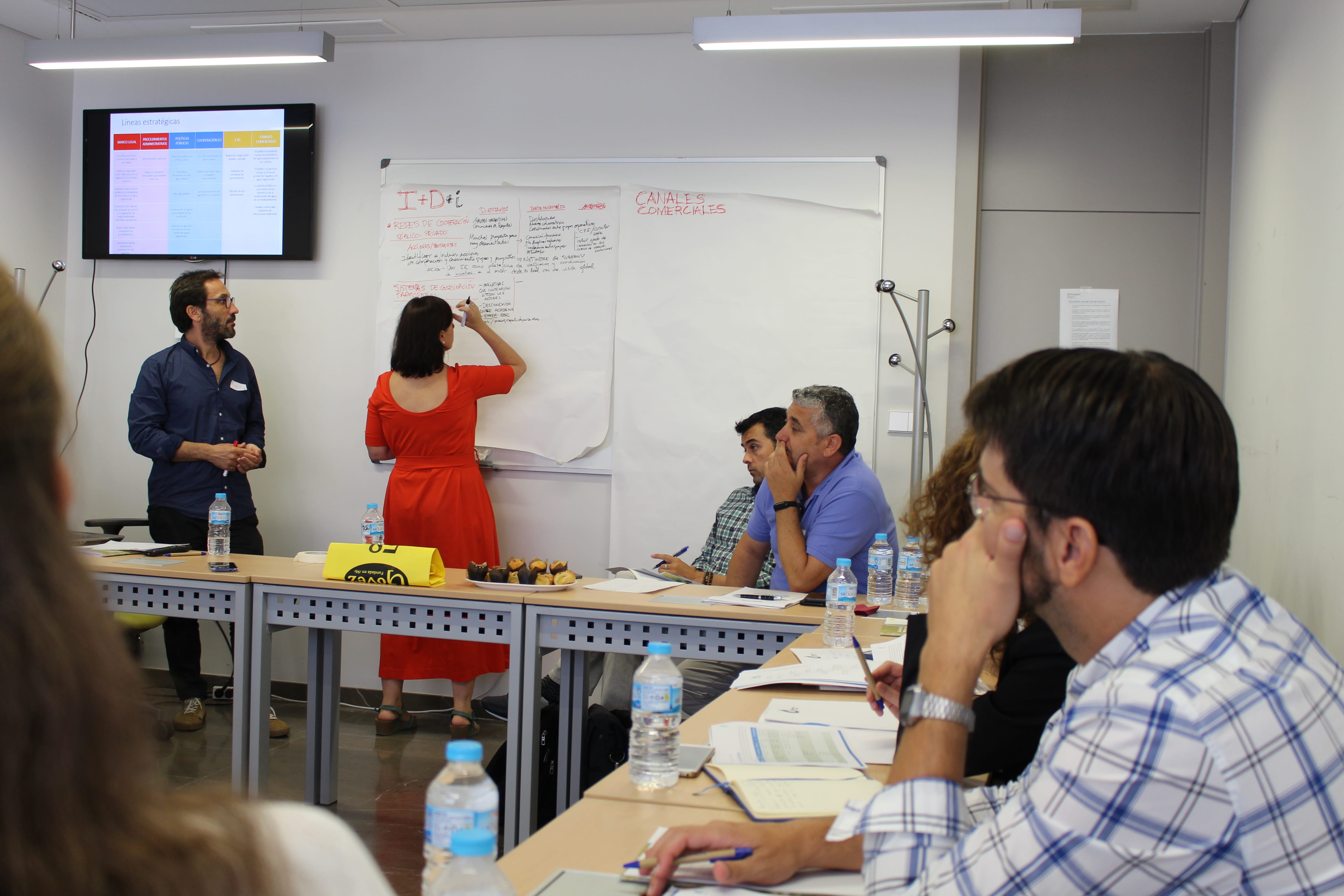 The second workshop was organized in Vélez-Málaga at the facilities of TROPS, one of the leading Malaga-based company in the production and commercialization of tropical fruit. The event was attended by 100 participants among authorities, irrigators, wastewater treatment operators, sanitation companies, researchers, associations, agricultural cooperatives and innovation actors. 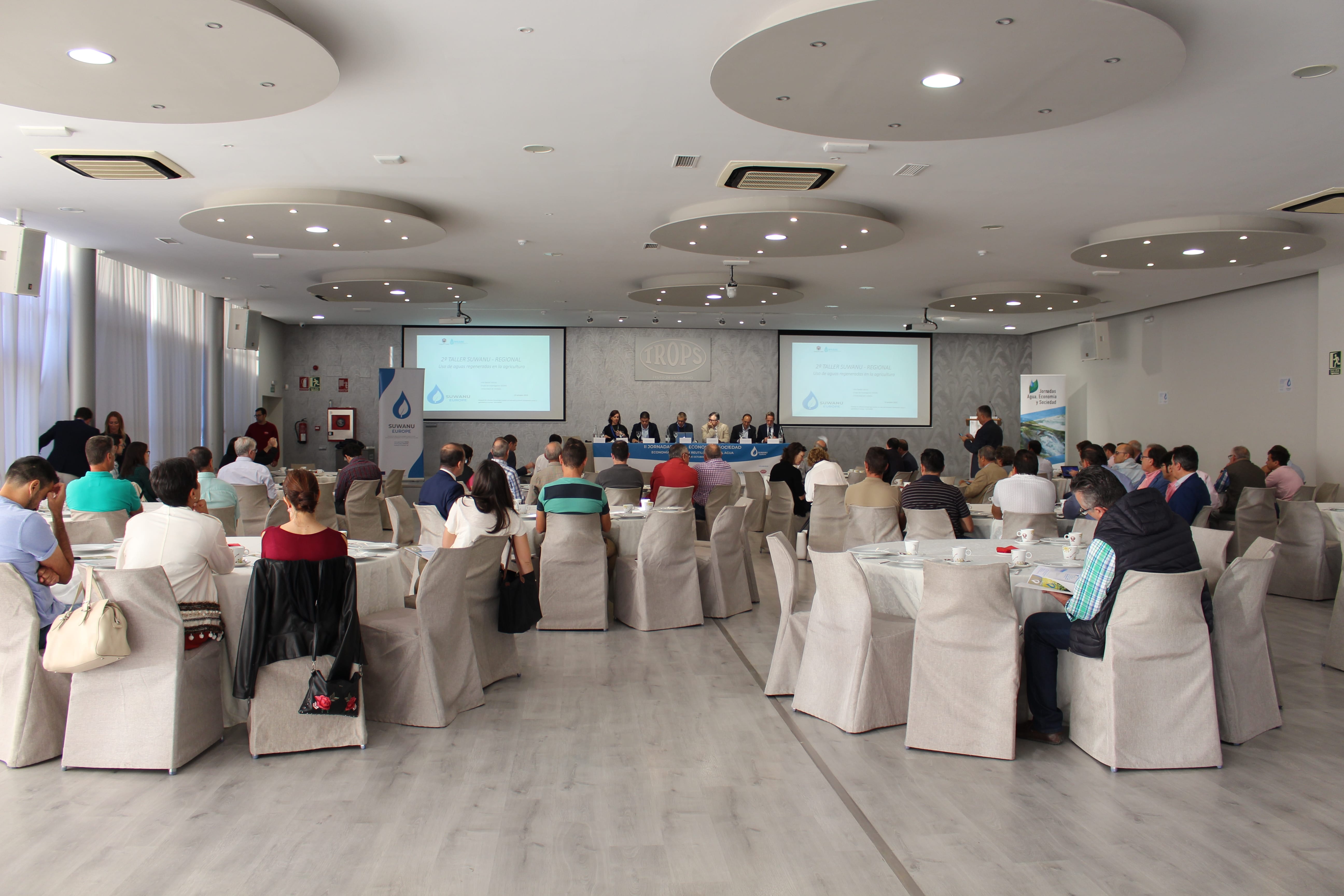 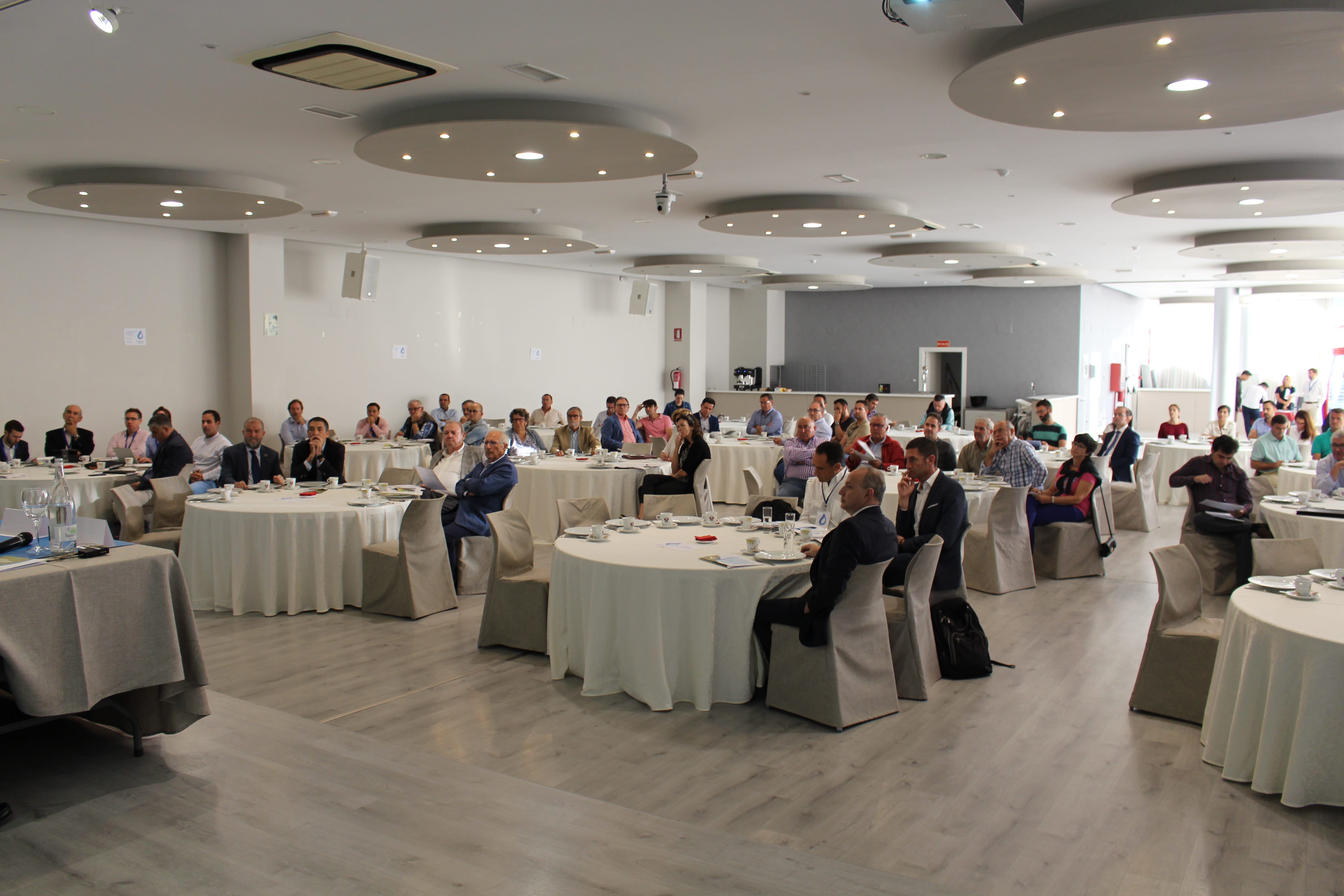 The workshop was introduced by some authorities and professionals of this water sector such as Antonia Lorenzo, CEO of BIOAZUL; Ricardo Ruiz Antunez, General Director of Planning and Water Resources of Andalusia Government; Cristobal Ortega Urbano, Deputy for the Environment (Provincial Council of Malaga); José Juan Jiménez López, President of the Commonwealth of Municipalities of the Costa del Sol Axarquía.; Carlos Sánchez San Román, Territorial Director for Western Andalusia of CajaMar and Enrique Colilles, General Director of TROPS. 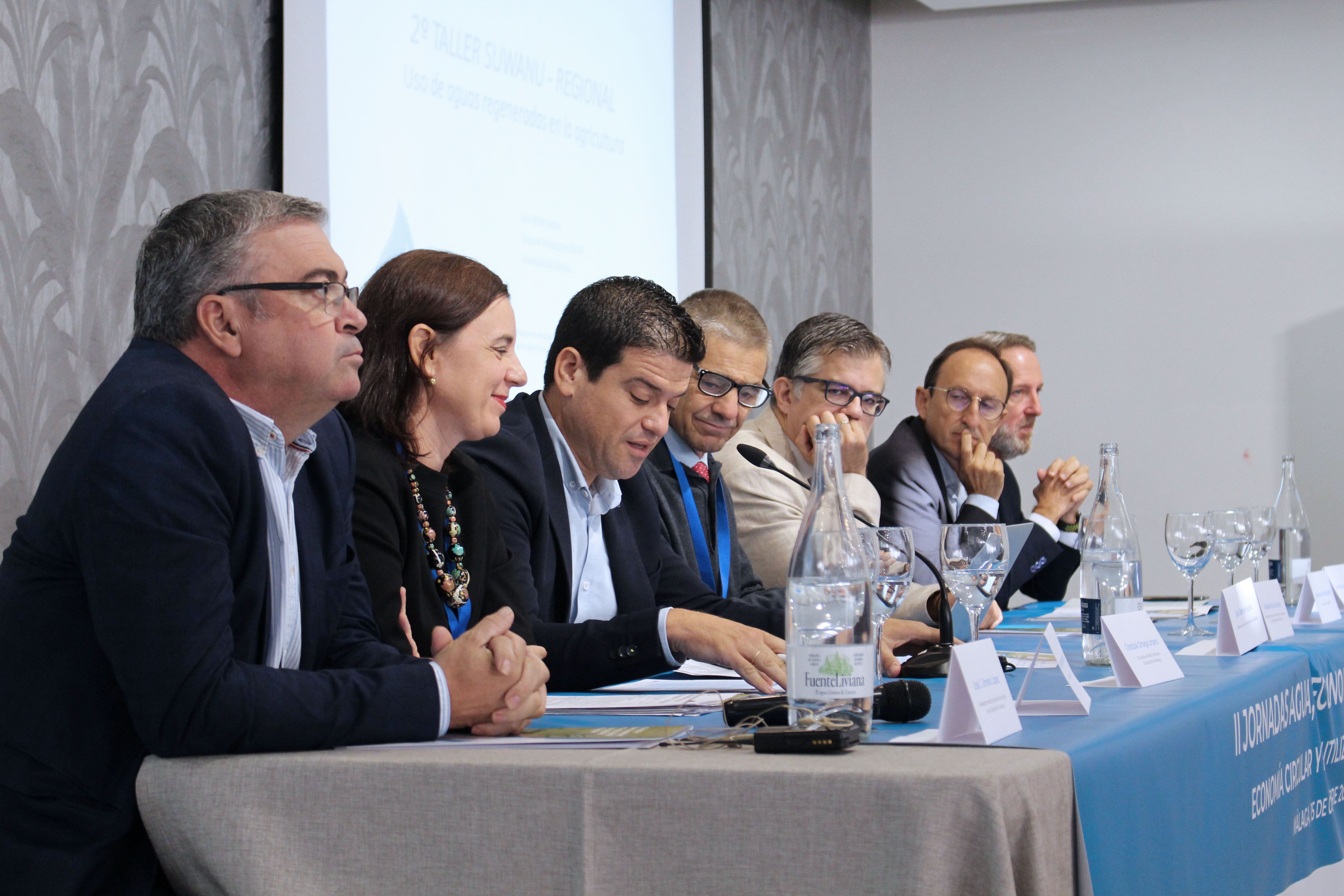 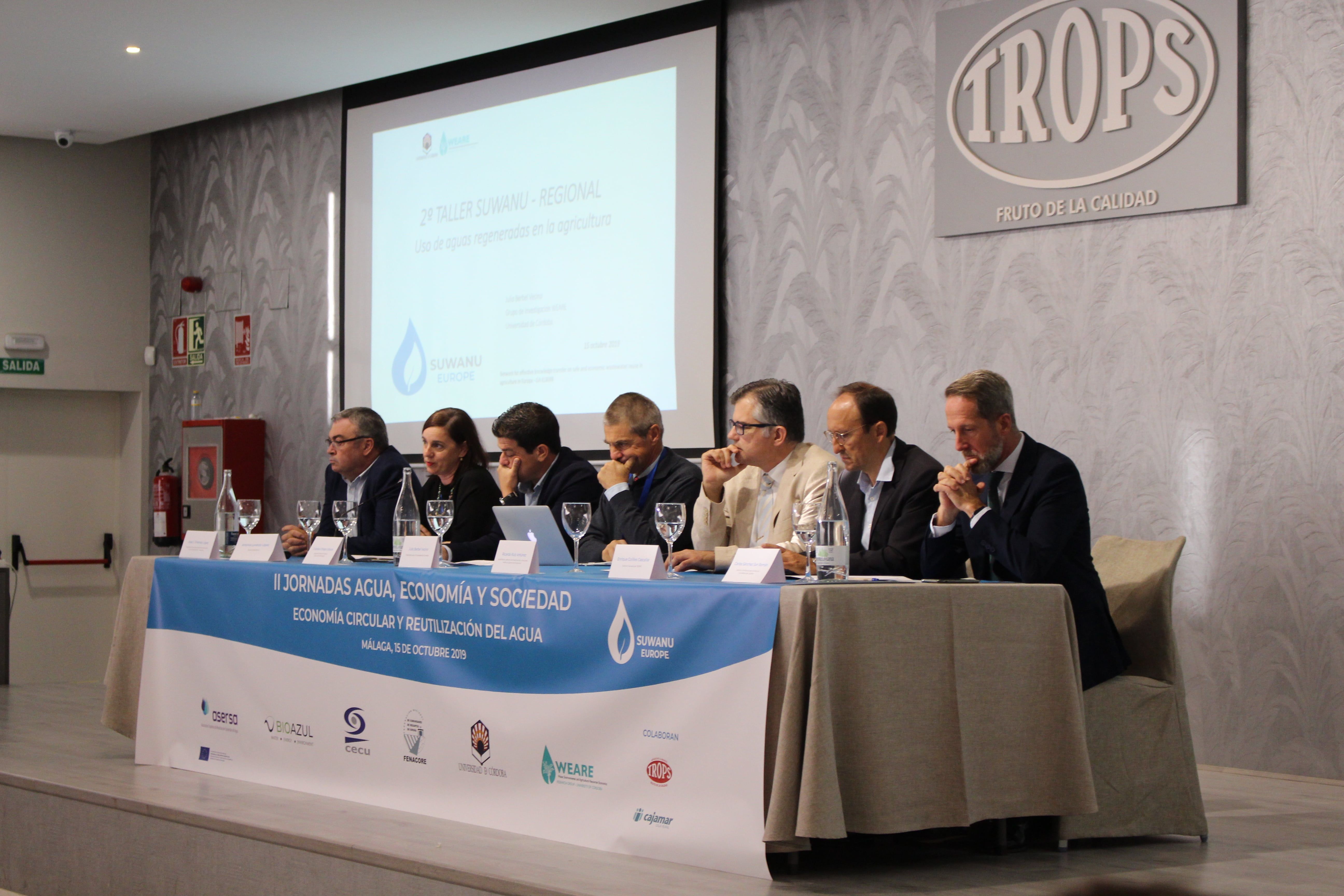 Julio Berbel from the University of Córdoba presented main aspects of SUWANU EUROPE as well as the purpose of the workshop. Subsequently, Rafael Mujeriego, President of the Spanish Association of Sustainable Water Reuse (ASERSA), talked about the current legal framework in the use of reclaimed water and focused on the EU requirements have been recently approved in the EU Parliament and are pending for approval at the EU Council. Mujeriego highlighted that Spain is one of the pioneer countries in promoting a national regulatory framework for the reuse of the water and indicated that coming EU regulation, although it might be more stringent in some cases, it is also an opportunity to provide guarantee to consumers that might improve their perception of agriculture products irrigated with reclaimed water if there is a European legal instrument in place. 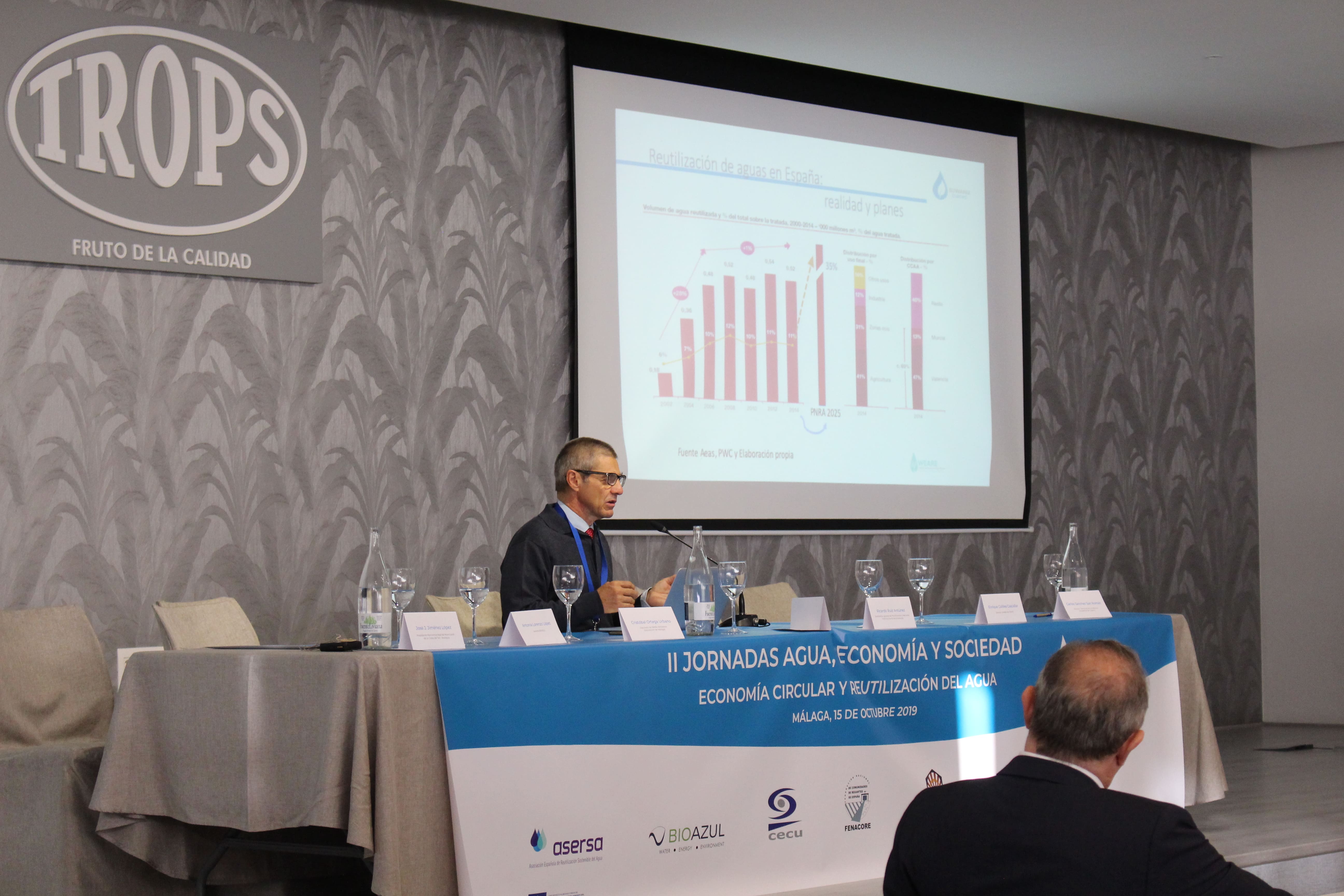 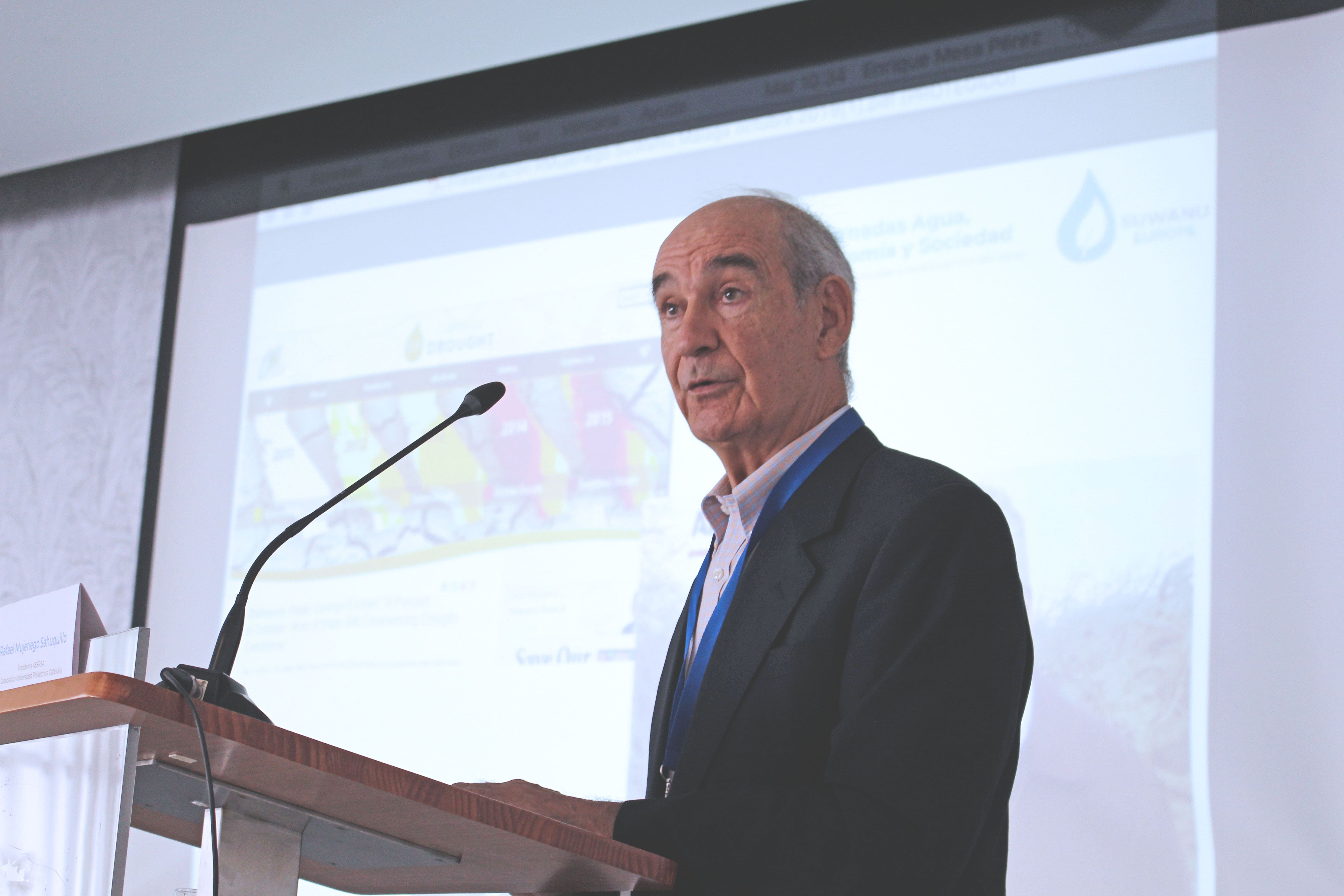 Some countries and regions were also presented as a success story of using reclaimed water. Diego Berger, International Special Project Coordinator in MEKOROT, talked about how Israel integrates the reclaimed water in the policies of the country. He also pointed out that the 53.5% of the water consumed in Israel is used for agricultural irrigation. Another region leader in water reuse is California which was introduced by Alvar Escriva-Bou, researcher from Public Policy Institute of California. He highlighted that the main problems of water stress happen in the south of the country and the use of reclaimed water is not applied only for agricultural but also for urban use. The governance model in California is very decentralized and based on historic water rights. This creates strong incentives for efficient water management but also makes difficult a national coordination.

The workshop continued with the presentation of Juan Carlos Gázquez, from Cajamar foundation, who introduced Cajamar Innova Center, an opportunity for the entrepreneurship and innovation development technology for efficient water management. 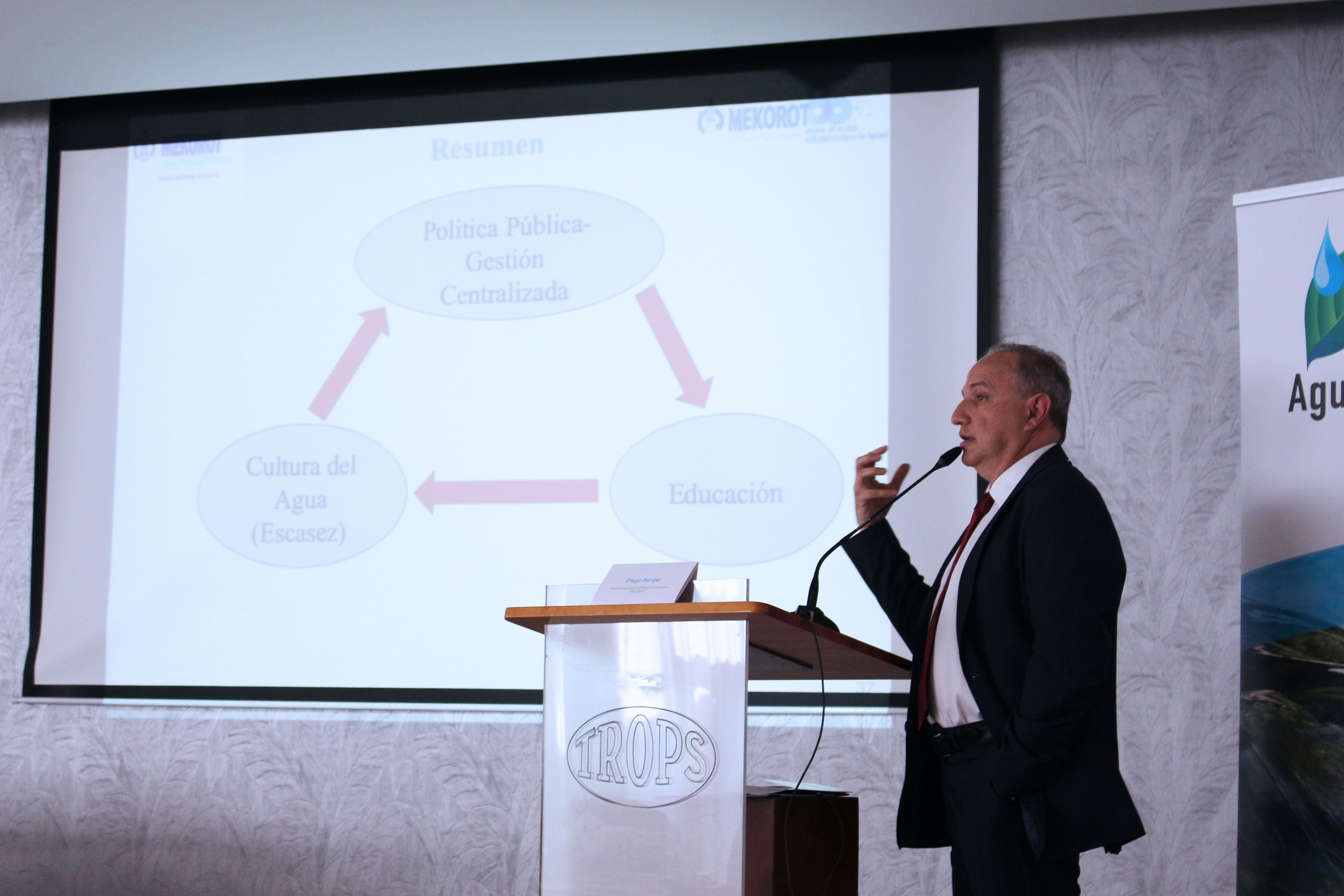 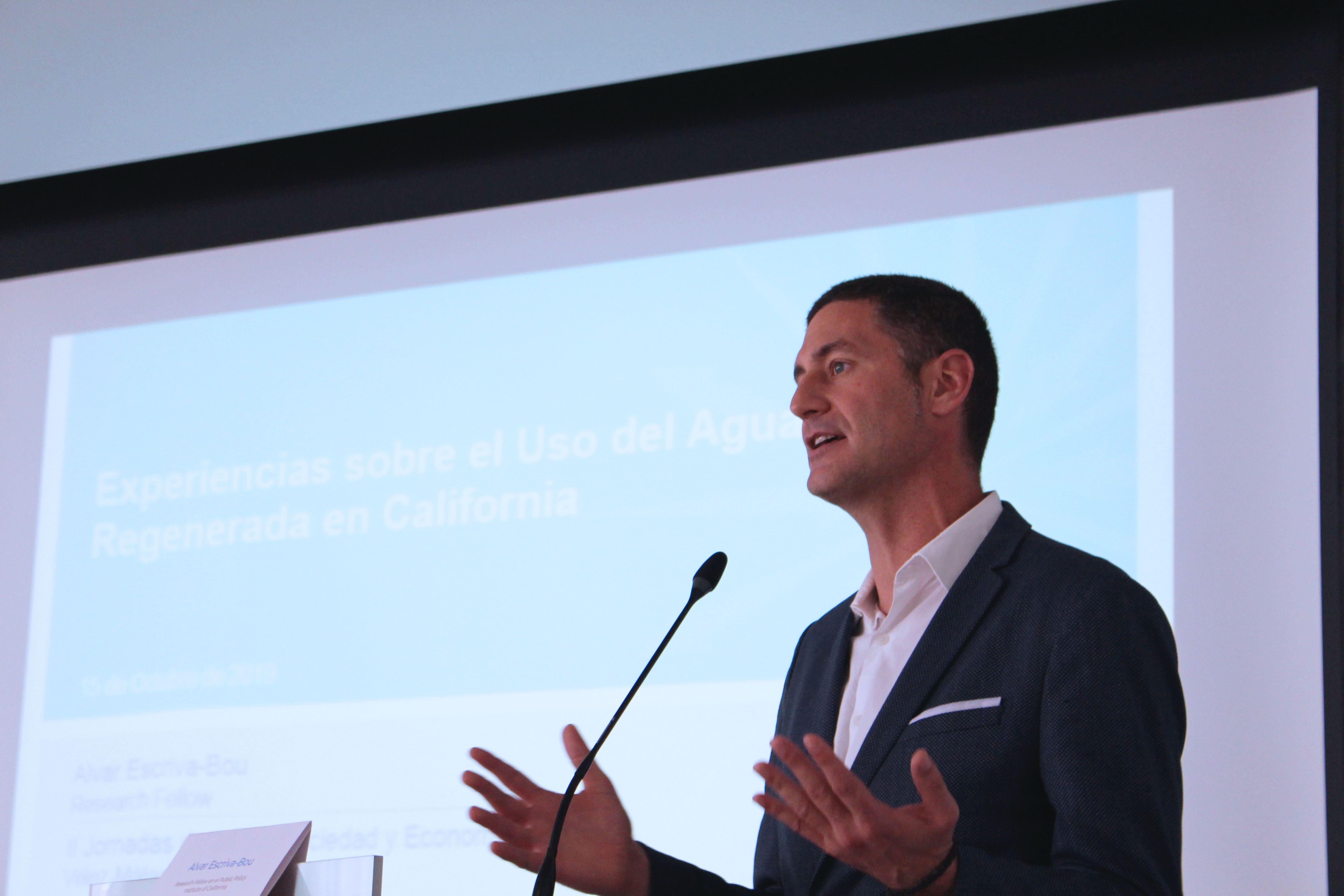 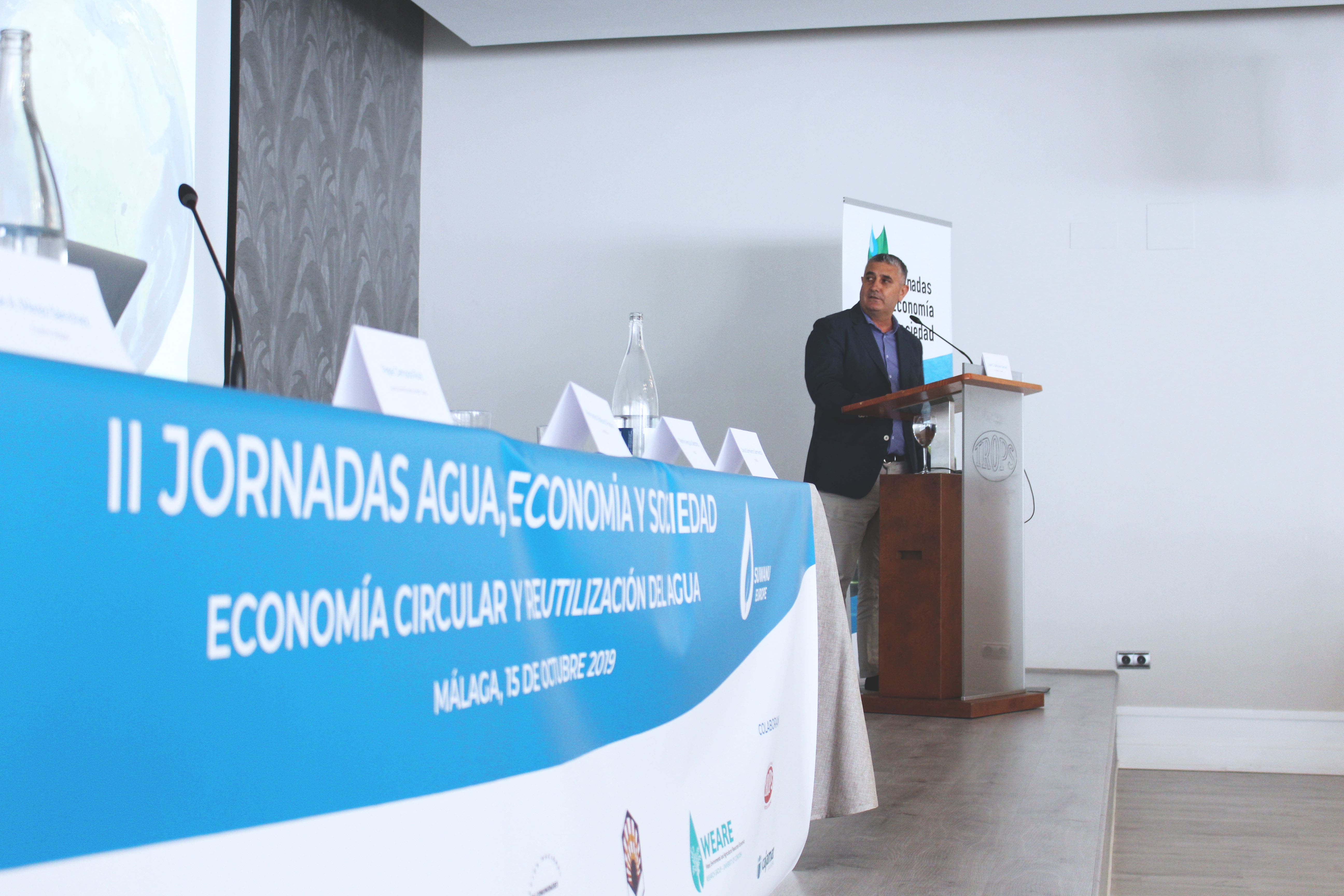 The workshop finalized with a round table with different professionals in the agriculture and water sectors such as David Sarmiento (Trops), Antolín de Benito (AXARAGUA), José Antonio Pérez (“Cuatro Vegas” Irrigation Community), José Campos (Central Board of “Sur del Guaro”), Fernando Estévez (EMASESA) y Ramiro Ángulo (SUEZ). This round table was moderated by Alfonso Expósito (WEARE) who asked to the public what measures they would propose to overcome reclaimed water barriers. There was an active participation of the public and many of the answers were discussed among them. 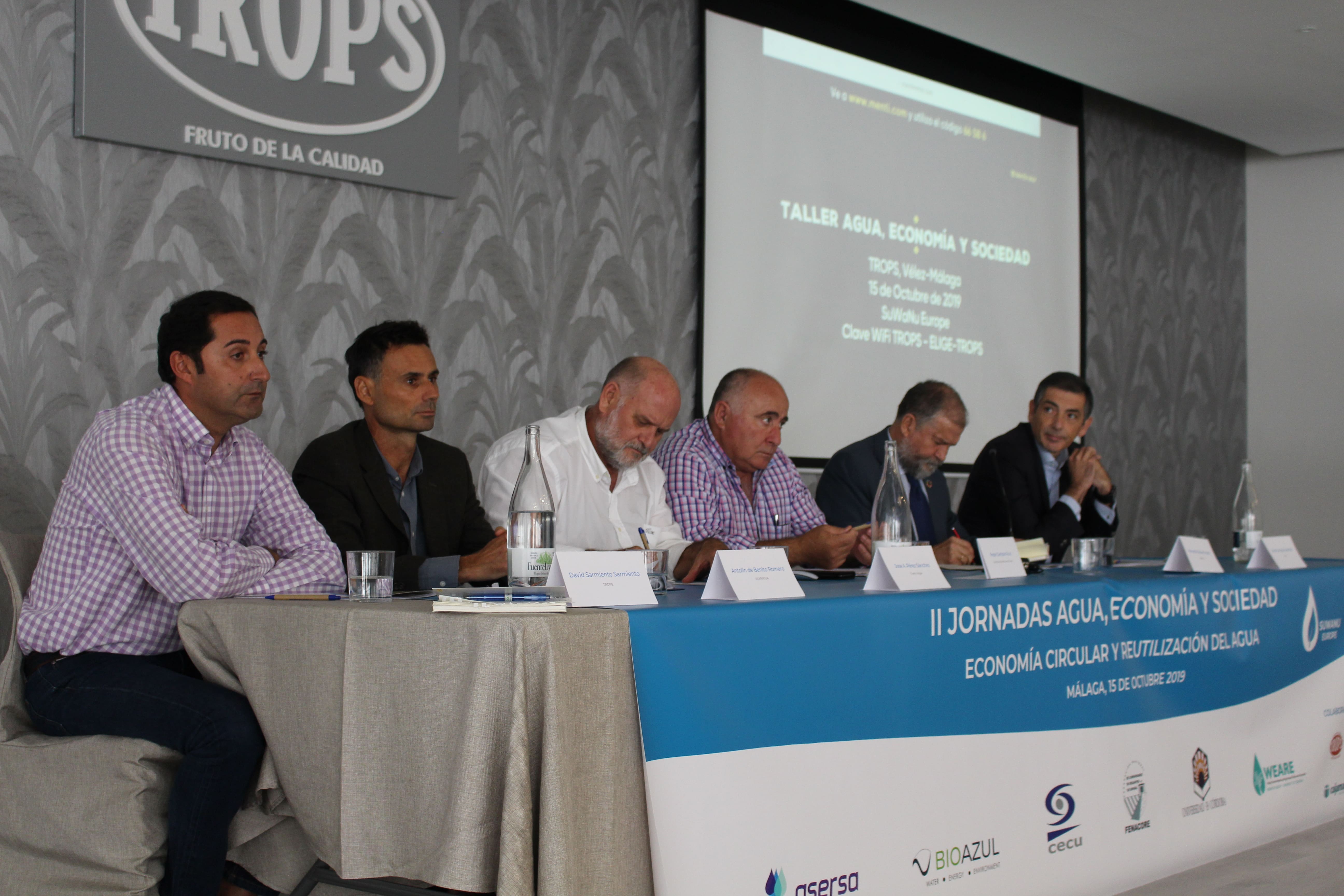 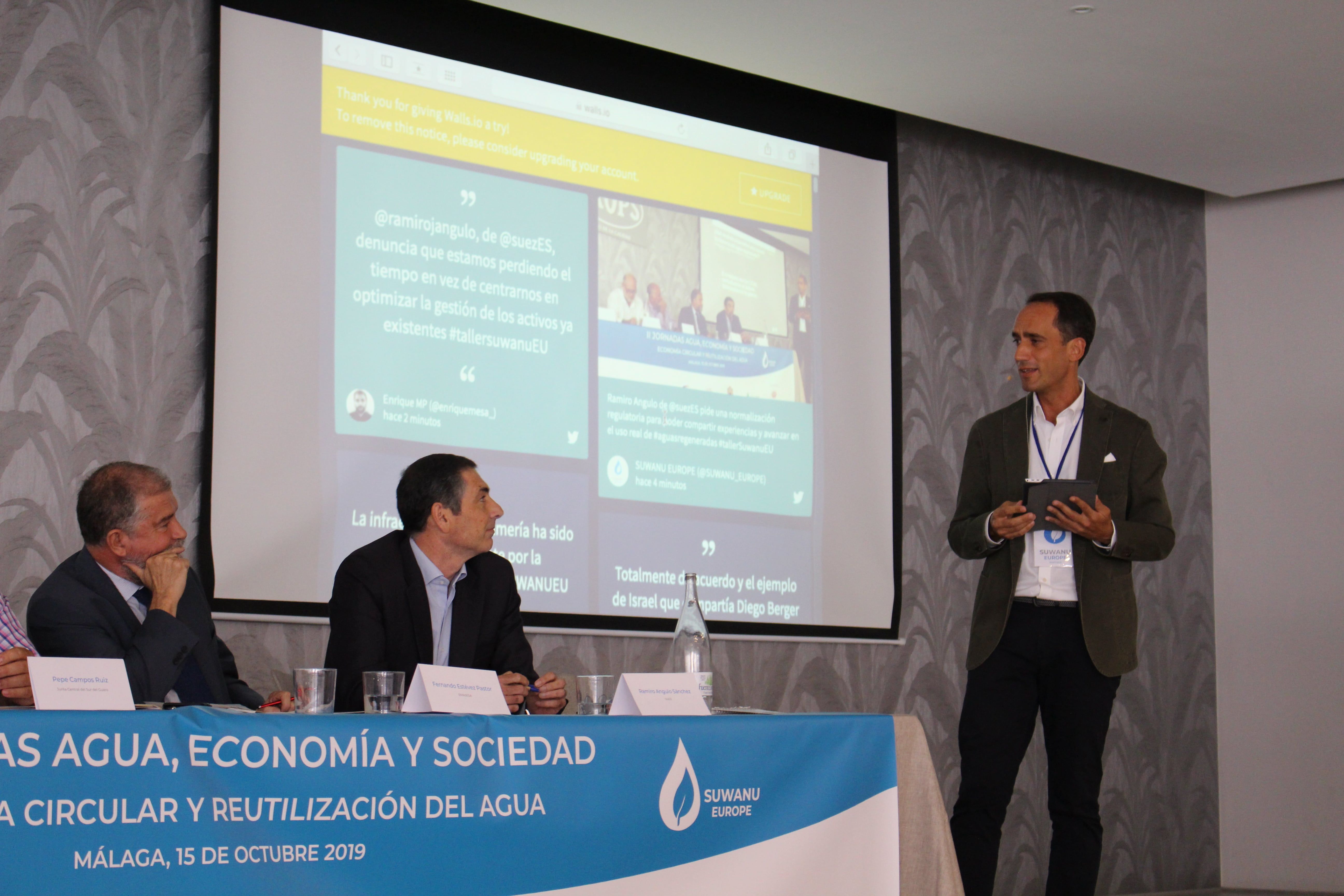 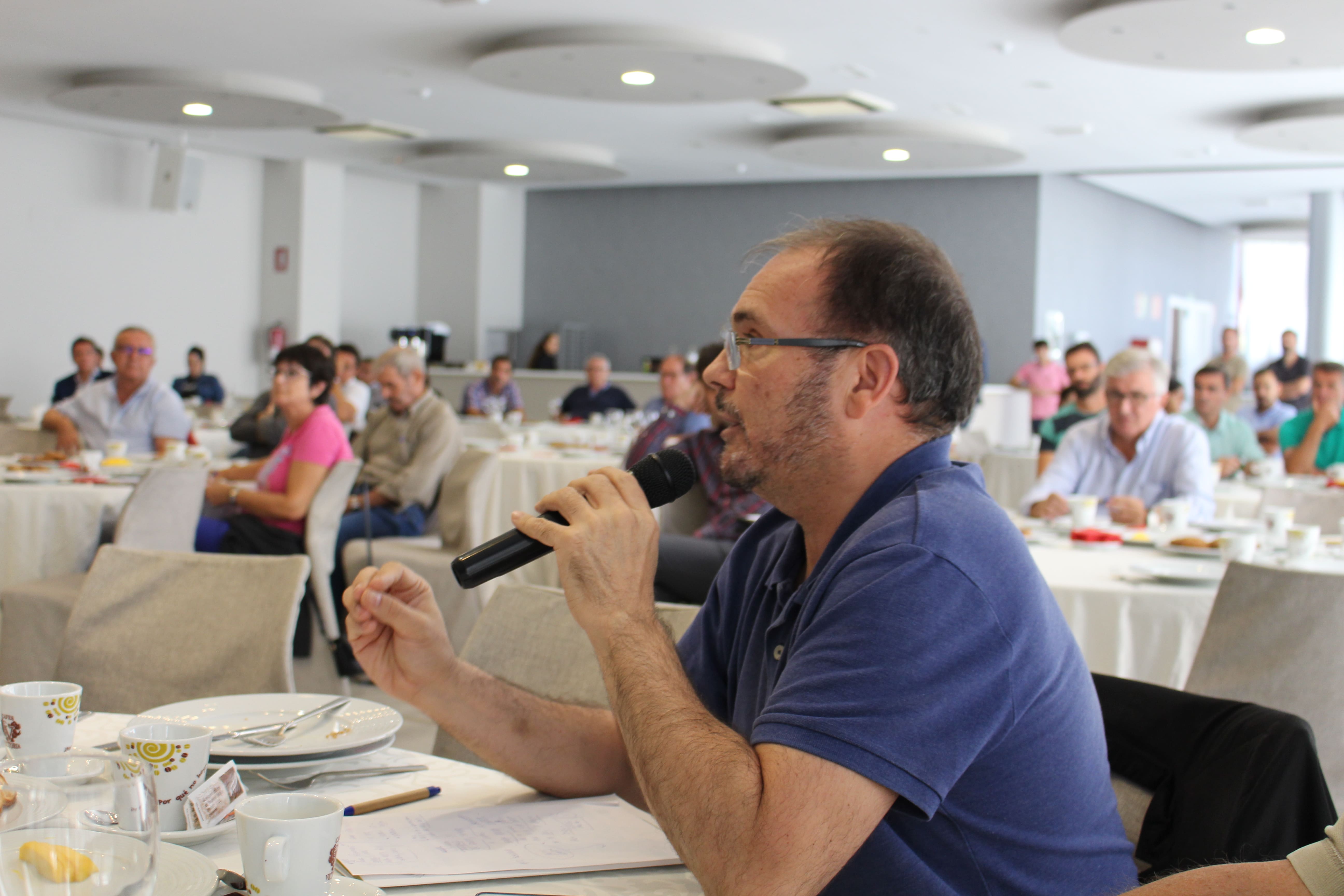 The consortium of SUWAN EUROPE is very satisfied for the great acceptance of these workshops and the active participation of all the attendees. These workshops have also been a great boost to achieve one of the main objectives: the development of the REGENERA plan.