Empowerment for climate resilience in Andalusia and Central America

On February 3, Bioazul participated as a speaker in the course “Empowerment for climate resilience in Andalusia and Central America from a gender perspective” within the framework of a training project for development.

This course is promoted by the Association for Peace and Development, together with Social Climate, and funded by the Andalusian Agency for Development Cooperation (AACID). Social Climate is a cooperative committed to promoting climate action based on science and social justice; through social innovation, sustainable tourism, nature-based solutions and international cooperation.

The aim of this course is to increase the knowledge of the Andalusian and Central American cooperation agents about the effects of climate change in these territories since this is one of the most serious environmental problems that threatens the world’s ecosystems, compromising sustainable development and the welfare of humanity. 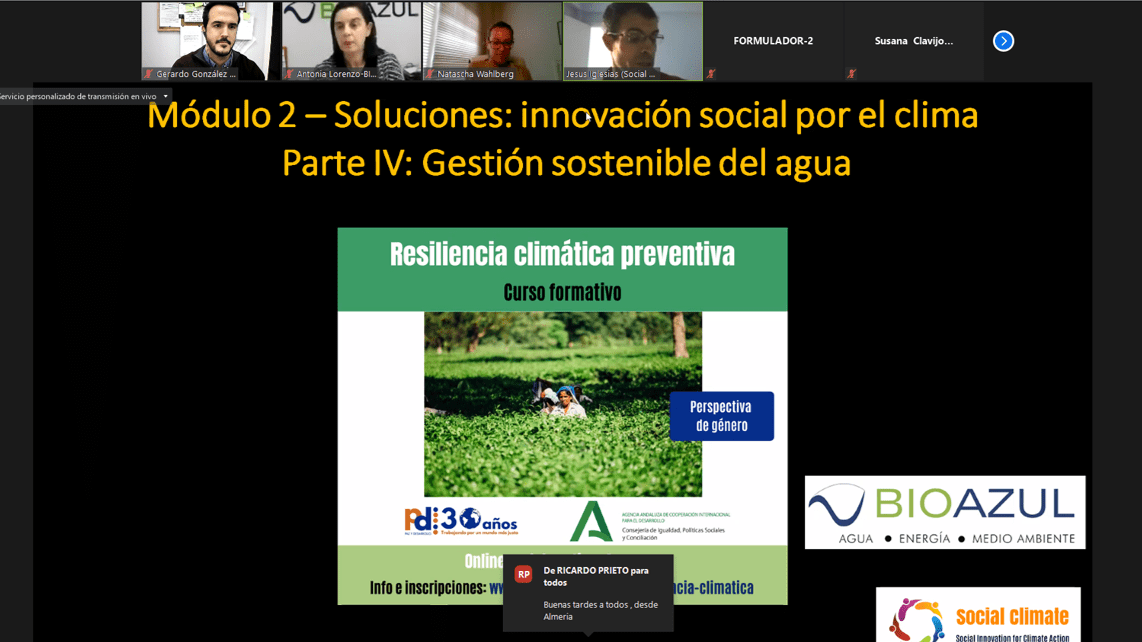 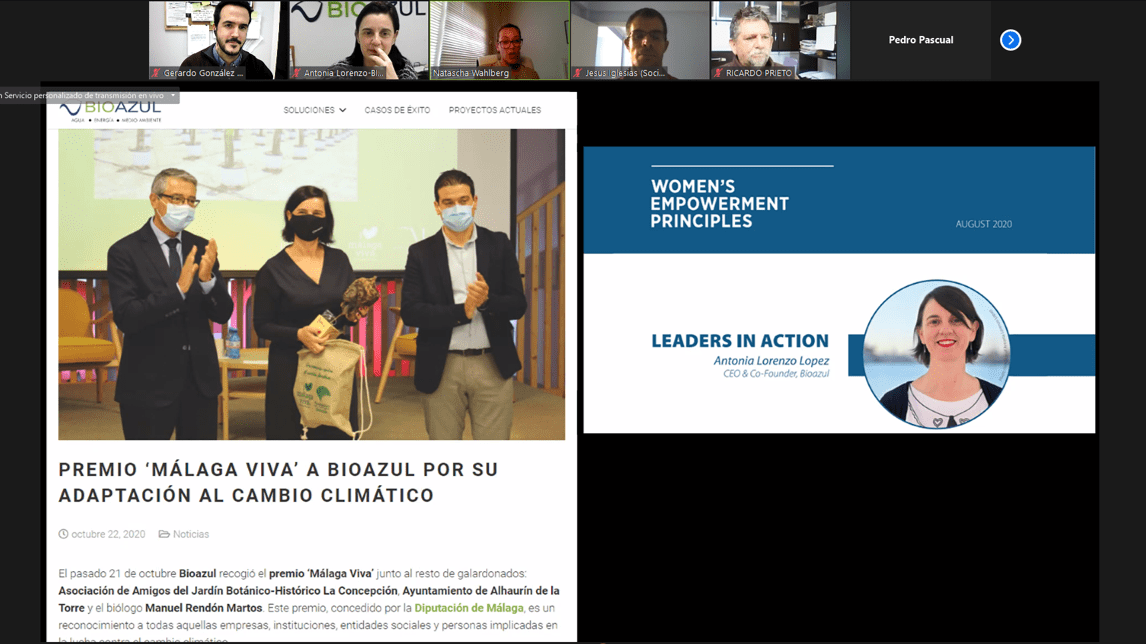 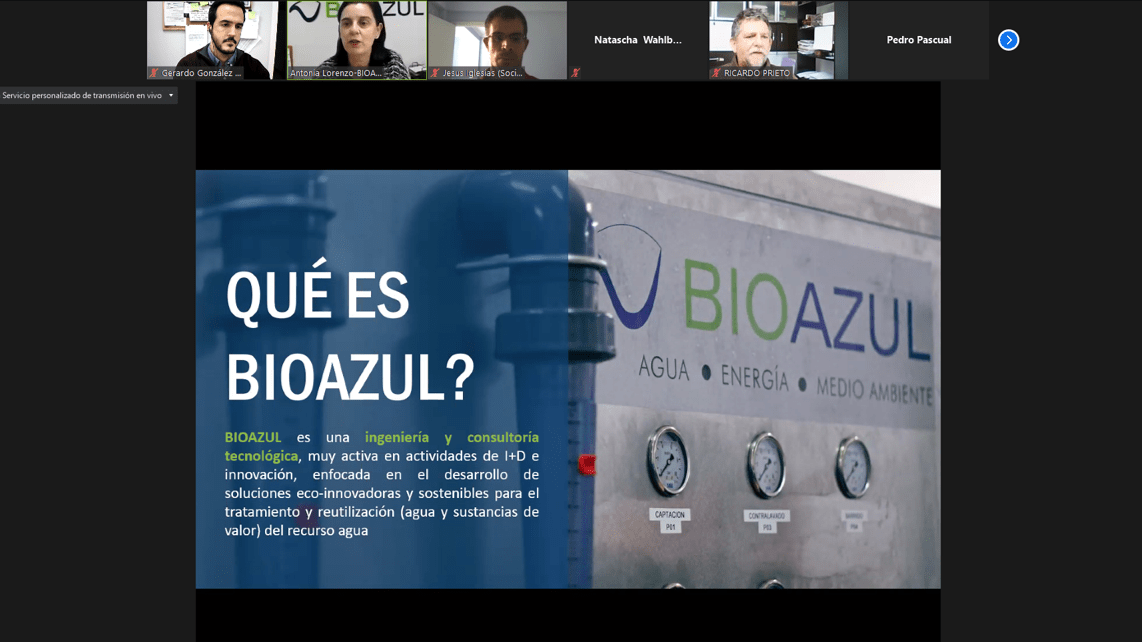 This session had around 20 participants from countries such as Spain, Guatemala, Ecuador, El Salvador, Costa Rica, Honduras, Nicaragua and Colombia; promoting cooperation between Latin America and Spain.

The Bioazul team began its presentation by going through the trajectory and experience of the company, and then giving way to the block on sustainable water management and blue infrastructures with an emphasis on the damage that climate change is causing on water sources and how the reuse of water can become a solution to this challenge. In addition, some examples of projects on water treatment and reuse were introduced, such as RichWater, AquaSure, FIT4REUSE and PAVITR. The role of women in science and the importance of ensuring gender equality in business was also emphasized. 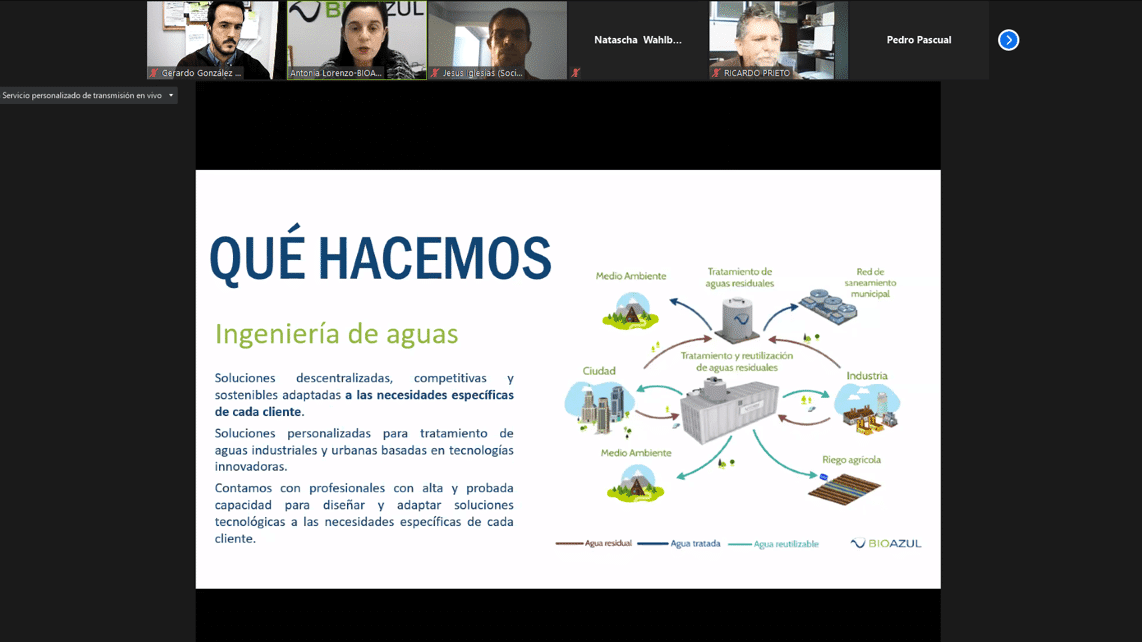 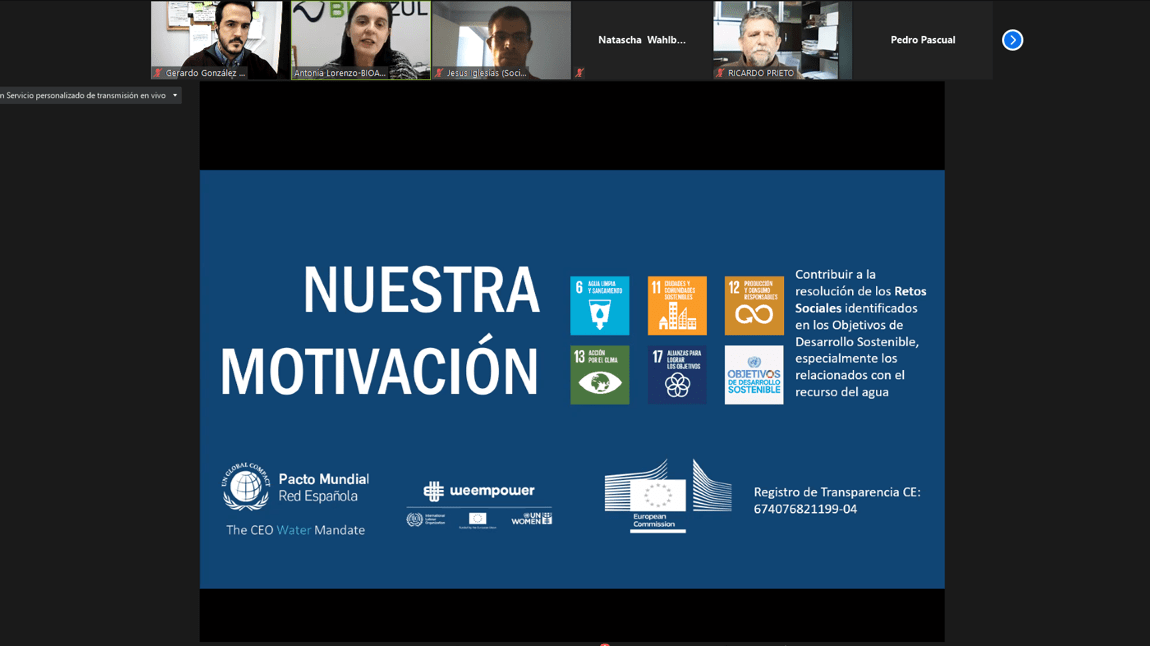 Another topic presented was the use of Nature-Based Solutions for water management from a sustainability perspective, as well as the benefits they offer. Finally, several international initiatives and platforms that contribute to improving water management were announced, as they are quite active in Latin America. One of these initiatives is the Connecting Nature Enterprise Platform focused on the potential of nature-based enterprises and where and where Bioazul is also a community leader on NBS for water management.

The course concluded with a debate where attendees discussed, for instance, about the privatization of water in some Latin American countries and the profitability of the sustainable use of water.