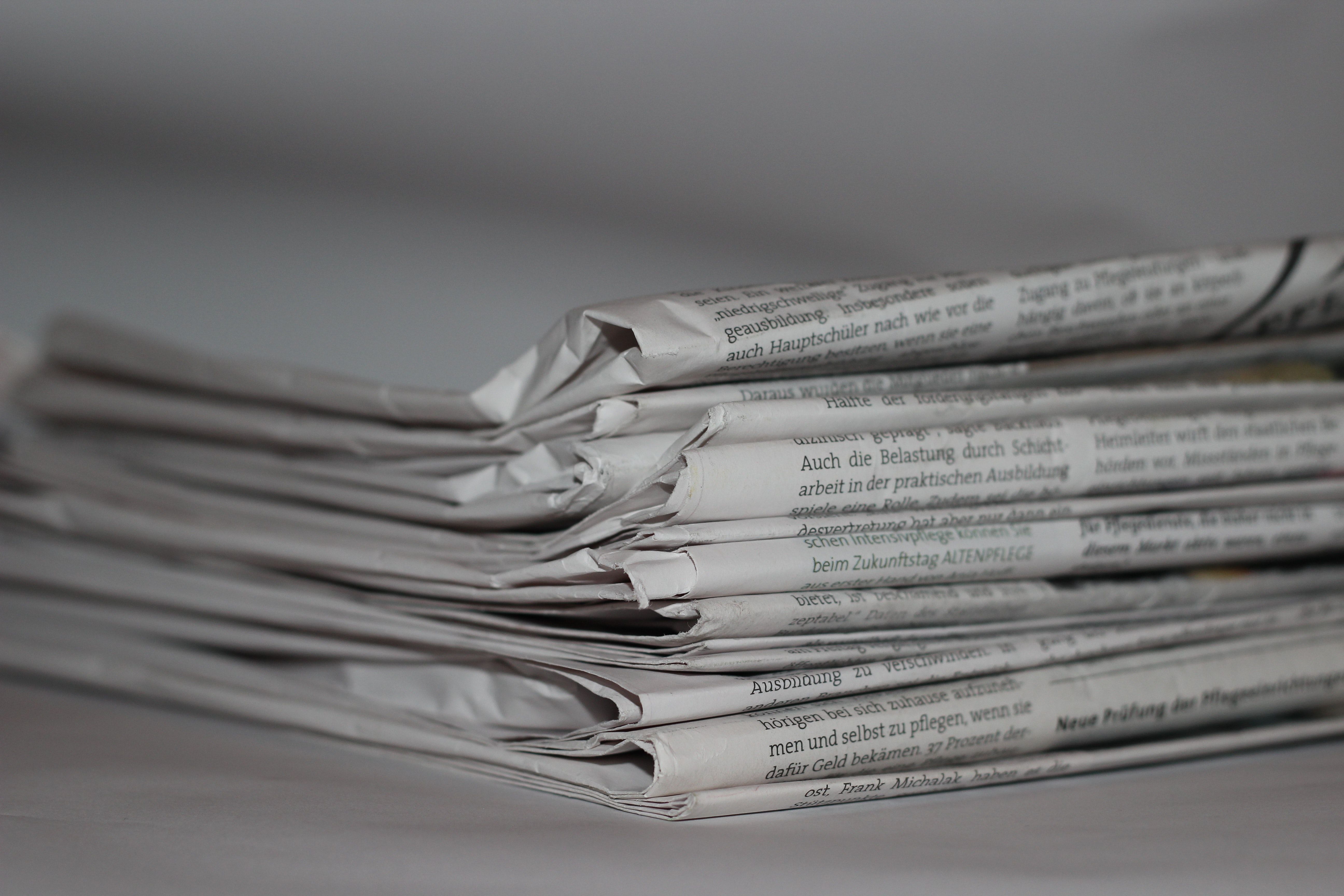 Regarding the activity of Bioazul during the first four months of 2019 we can highlight some of his appearances in different local and national media. Here you can read a short summary of them:

This magazine is a national media focused on current issues about urbanism, gardens, environmental services, etc. In its latest issue, it published an article on URBAN-WASTE, one of the projects in which Bioazul has been working since 2015. Specifically, Gerardo González (Project Manager of Bioazul) was responsible for making this publication where he made a general assessment of the project and pointed out some of the peculiarities of it. Within the article, an exclusive space for Bioazul was also reserved, where some of the services offered were shown. 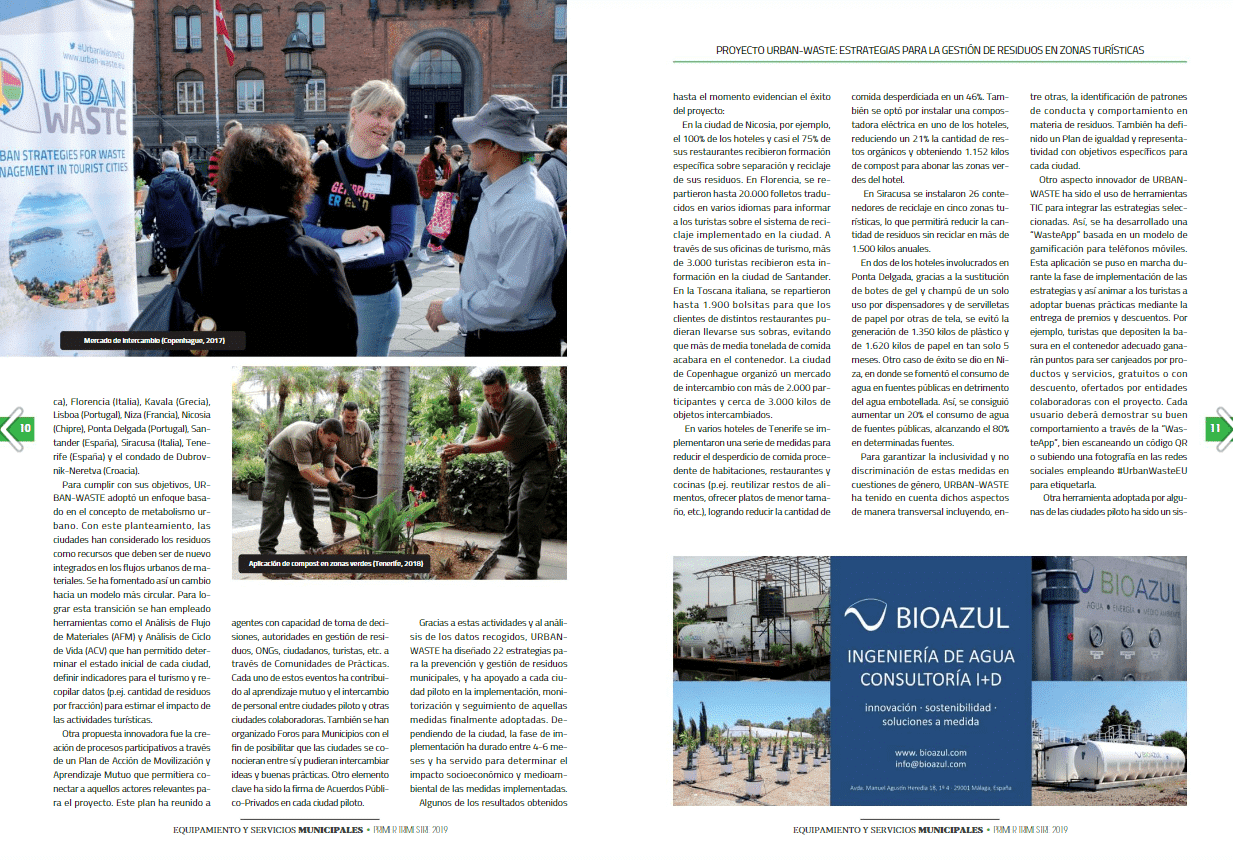 Both digital newspapers wrote about Greencities, the Forum of Intelligence and Urban Sustainability, which was held in Malaga on March 27 and 28. The publication also mentions the Andalusian companies that participated in this forum through Extenda, the Andalusian Agency for Foreign Promotion, among which was Bioazul. 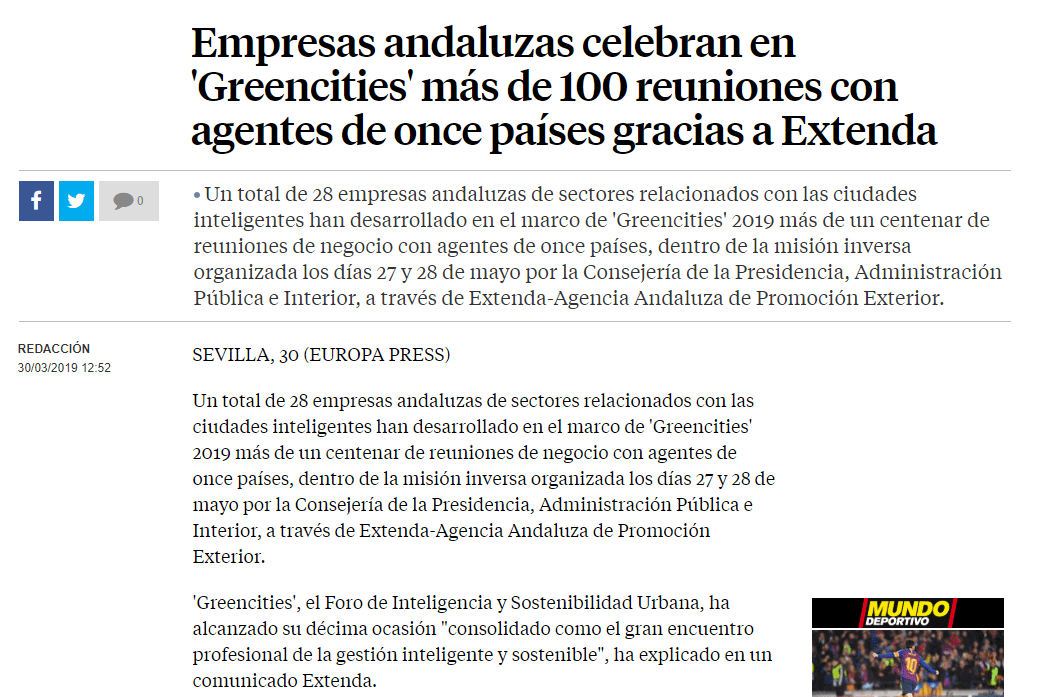 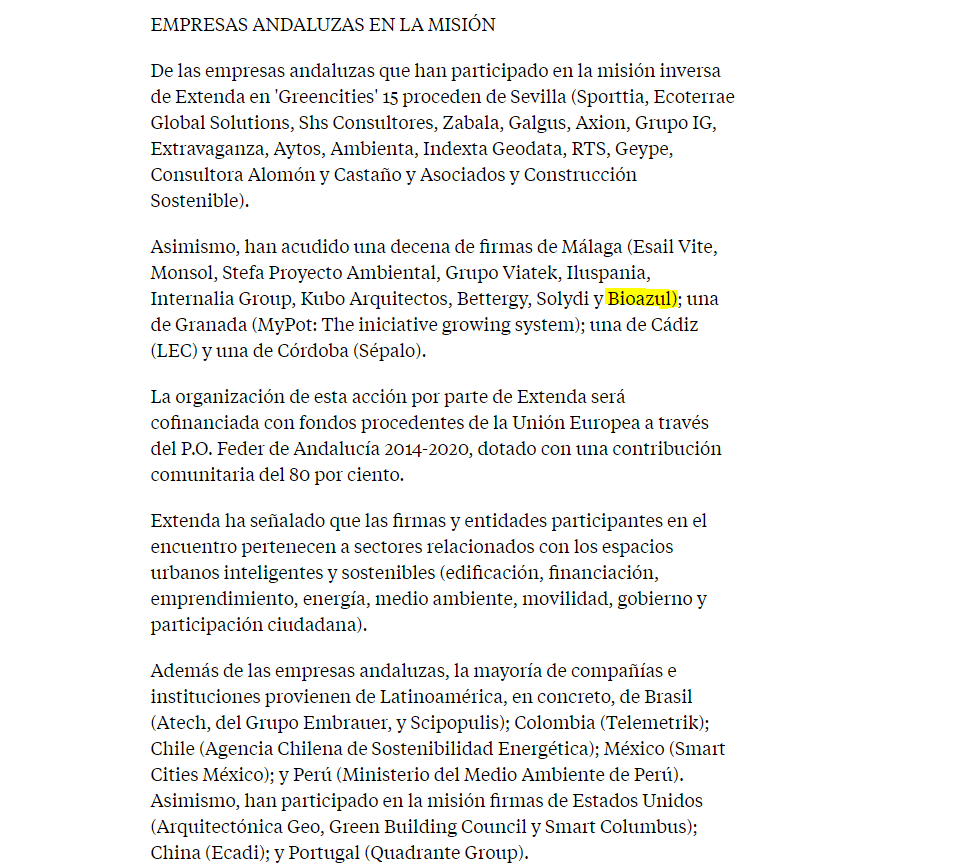 This technical journal on environment published a news on April 5 about the 20th Conference University-Business, organized by the University of Córdoba, focused on the sustainability of water and soil resources in agriculture. In this meeting researchers participated with company directors to talk about the latest advances in water management in agriculture. Among them was Antonia Lorenzo, CEO of Bioazul, who presented the projects in which it currently works related reclaimed water and circular economy. 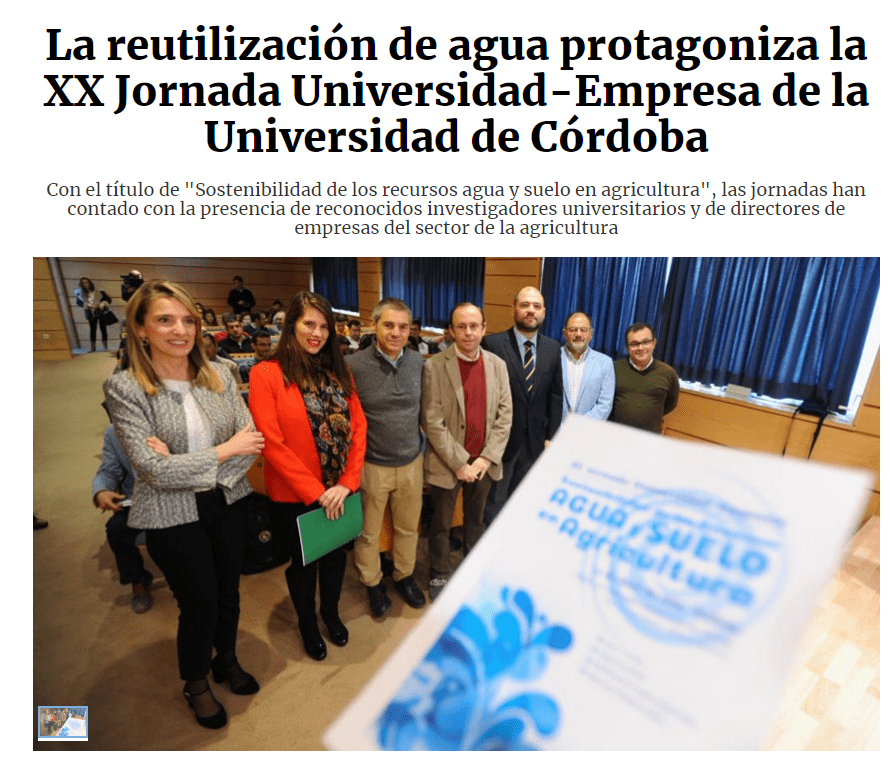 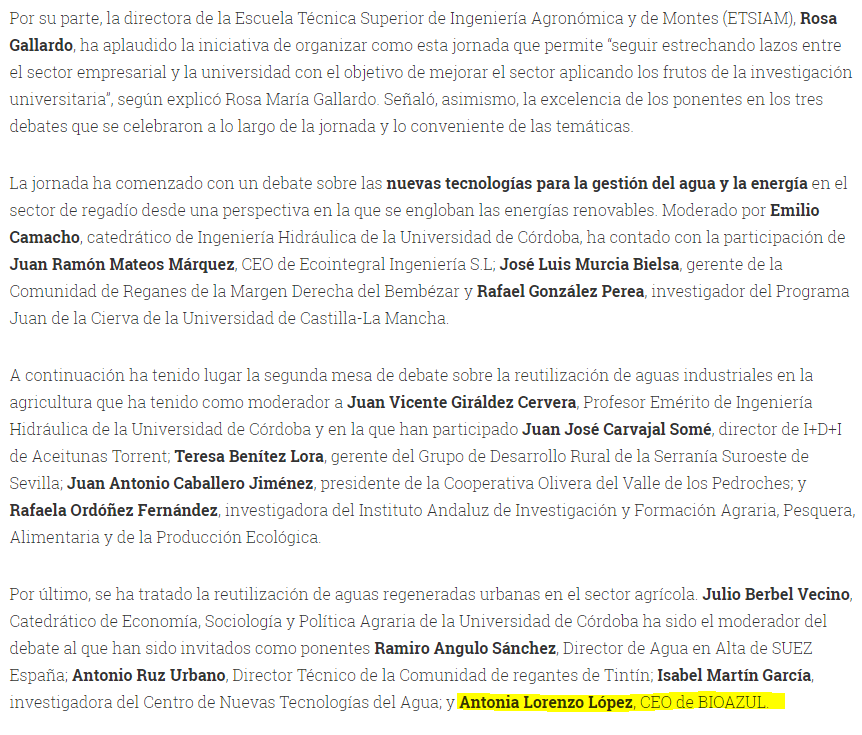 On April 10, Pilar Zapata, project manager of Bioazul, made an interview with the ABC newspaper in Seville where she talked about Water2REturn, the circular economy project she leads, and which is being carried out in the Matadero Sur in Salteras (Sevilla). The project consists in the design and implementation of a water, sludge and algae treatment system to ensure the minimum generation of waste. 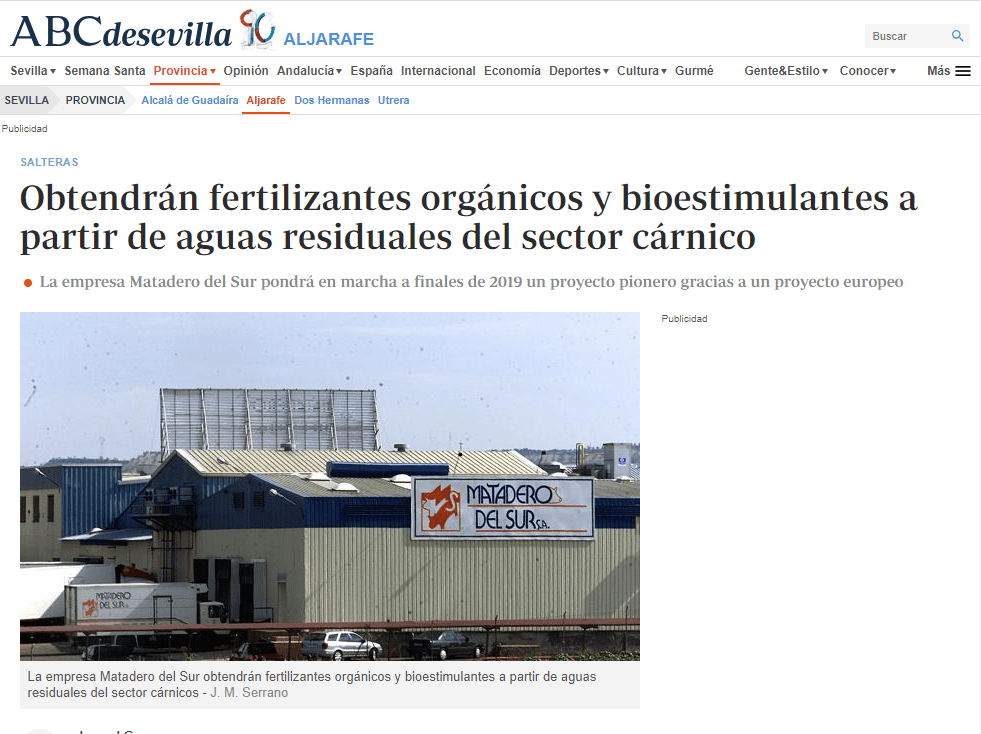 On April 14, the CITOLIVA Foundation published a guide on the participation of Andalusian agri-food companies in European R & D & I programs and highlighting the success of Biaozul’s professional career. 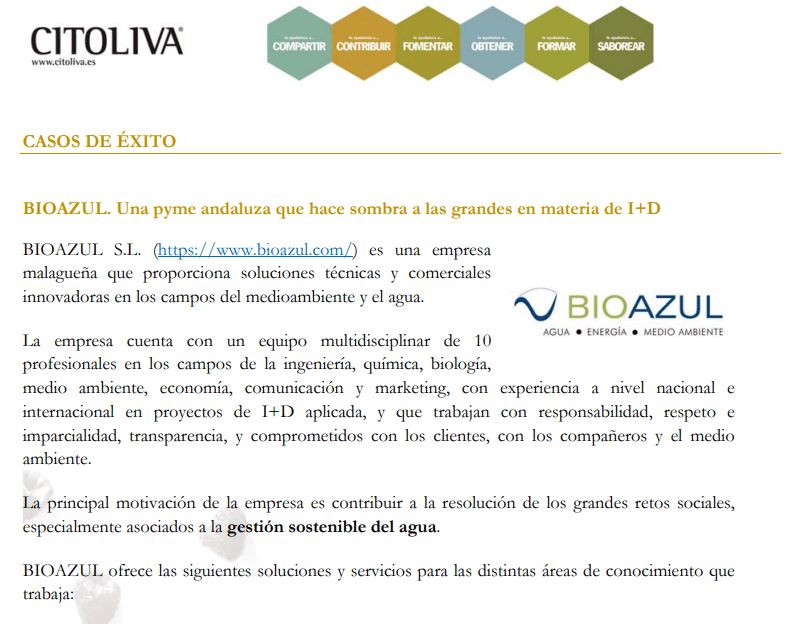