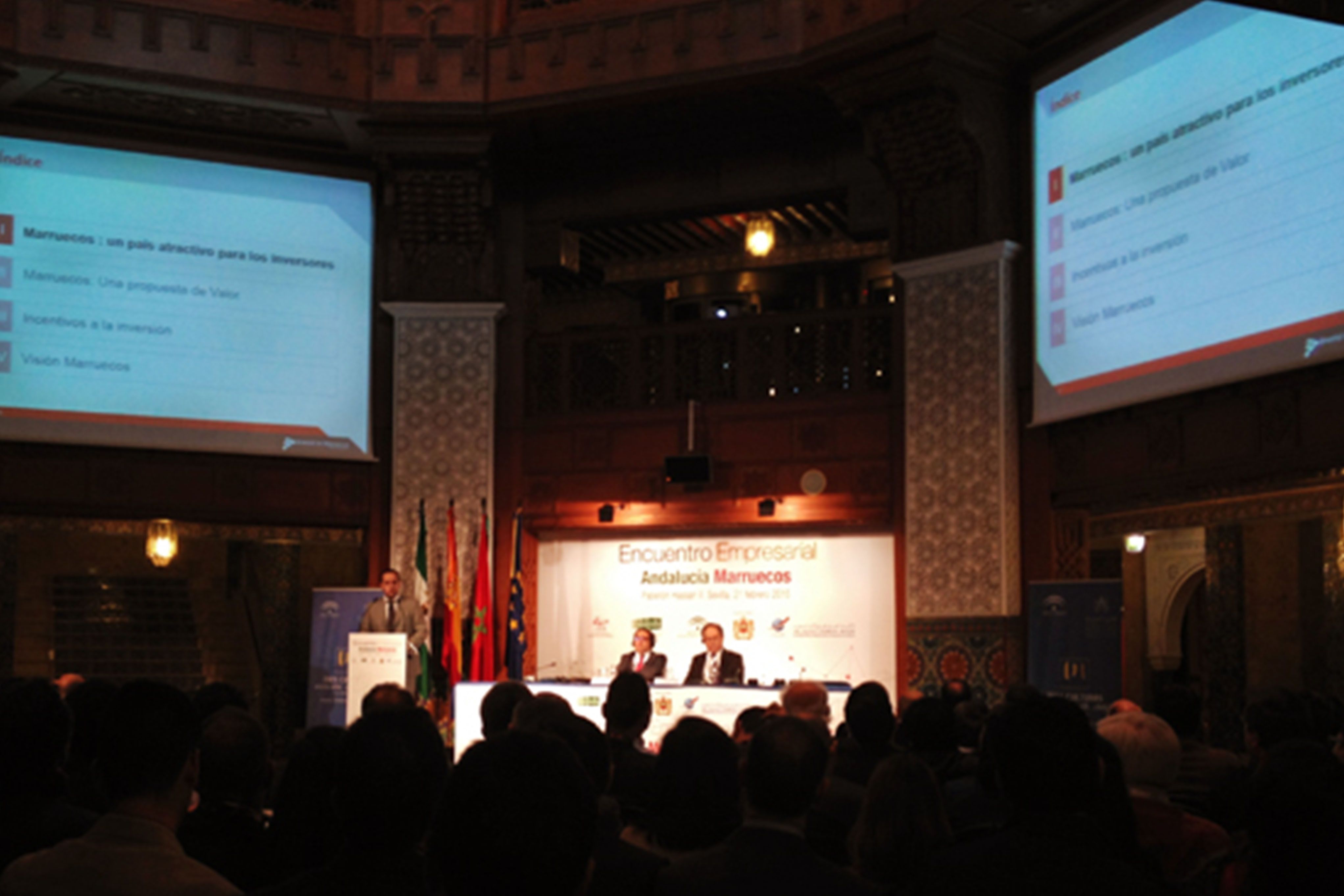 Last Saturday, February 21st, BIOAZUL participated in the Business Meeting Andalusia – Morocco, organized by The Economy, Innovation, Science and Employment Office of the Regional Government of Andalucia through Extenda – Trade Promotion Agency of Andalusia; The Confederation of Andalusian Entrepreneurs (CEA) and The General Confederation of Moroccan Enterprises, in order to boost the trade relations and the investment opportunities in both territories. The meeting took place in the Hassan II pavilion, located in “La isla de la Cartuja, Seville”, head office of the “Three Cultures of the Mediterranean Foundation”

Morocco is a strategic location for the international trade, being the entrance to Africa for many European companies and considering its current political and economic stability. The available water resources per inhabitant and year are under the limit for warranting an appropriate access to safe drinking water and the waste water sanitation and treatment still has a low development. Those reasons make Morocco a really attractive country for BIOAZUL.

Likewise, we could see the interest of the Moroccan institutions and companies in BIOAZUL. We had several interviews with the representatives of some of them as the Energy and Water National Office, the National Agency for the Agricultural Development or several private companies that were looking for possible partners.