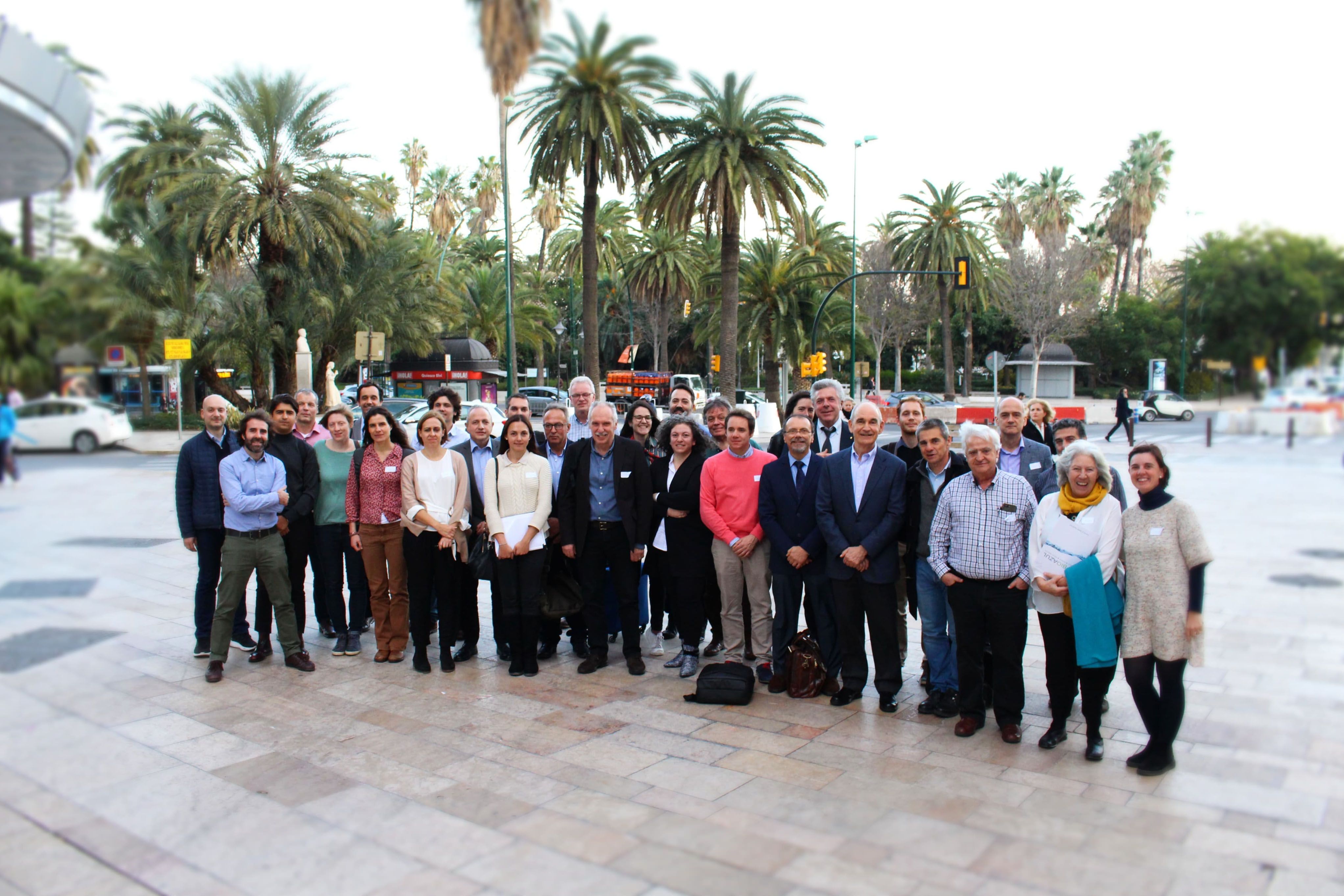 Kick Off Meeting of SUWANU-EUROPE project

On January 17 and 18, the Kick-off  meeting of SUWANU-EUROPE project took place in Malaga.

SUWANU EUROPE is a European project led by BIOAZUL that focuses its efforts on the reuse of wastewater treated in agriculture and whose objective is to promote the exchange of knowledge and experiences among professionals and key actors in the field of water reuse. This project was born as the continuation of the SuWaNu project: Sustainable water treatment and nutrient reuse options, which tried to develop technologies to solve problems related to water, such as scarcity or availability of nutrients.

With this first general meeting, this project began, attended by the main representatives of the entities that make up the project consortium. Among them are countries such as: Spain, Germany, Portugal, France, Italy, Belgium, Greece, Bulgaria, Cyprus and Israel. The objective of this meeting was for all the partners to get to know each other and from there to define how the work packages of the project were going to be carried out.

During the first day there was a round table with the presentation of each of the entities, followed by a general presentation of SUWANU EUROPE by the project coordinator Rafael Casielles (BIOAZUL), who spoke about the H2020 Thematic Network, the reuse of the water in Europe, the key concepts and objectives of the project as well as the work plan and the time schedule. From here, those responsible for each of the work packages were given the opportunity to explain their role.

The second day was focused to make a common sharing on everything discussed in the previous points and draw the main conclusions.

Undoubtedly, this meeting has been useful for all members to have a first contact and clearly define all the tasks to be done during the project, as well as join synergies to achieve the objectives efficiently.