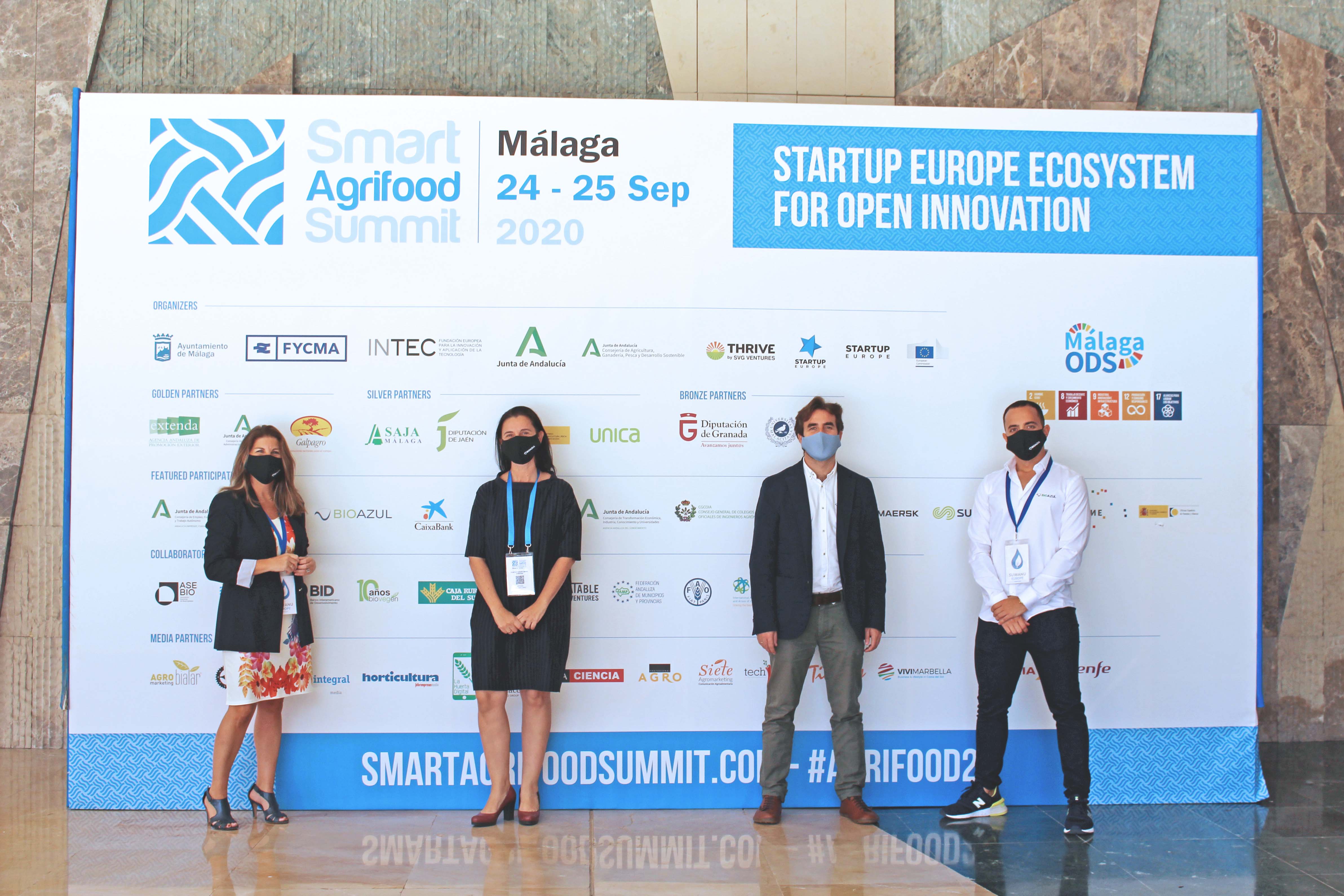 The Bioazul team attended the Smart Agrifood Summit fair that took place at FYCMA (Malaga) on September 24 and 25.

This event, a leader in innovation in the European agri-food sector, has closed its most digital edition with a total of 1,450 registered professionals. Due to the current pandemic, the meeting had to be held in person and virtually, thus adapting to the new circumstances. In this sense, 903 face-to-face visitors and 547 professionals specialized in innovation and in the agri-food field have registered for the virtual modality.

In the exhibition area of the fair we had a meeting point dedicated to our FIT4REUSE project. Several interested people approached to learn more details about this project aimed at the use of non-conventional water resources in the Mediterranean agricultural sector. 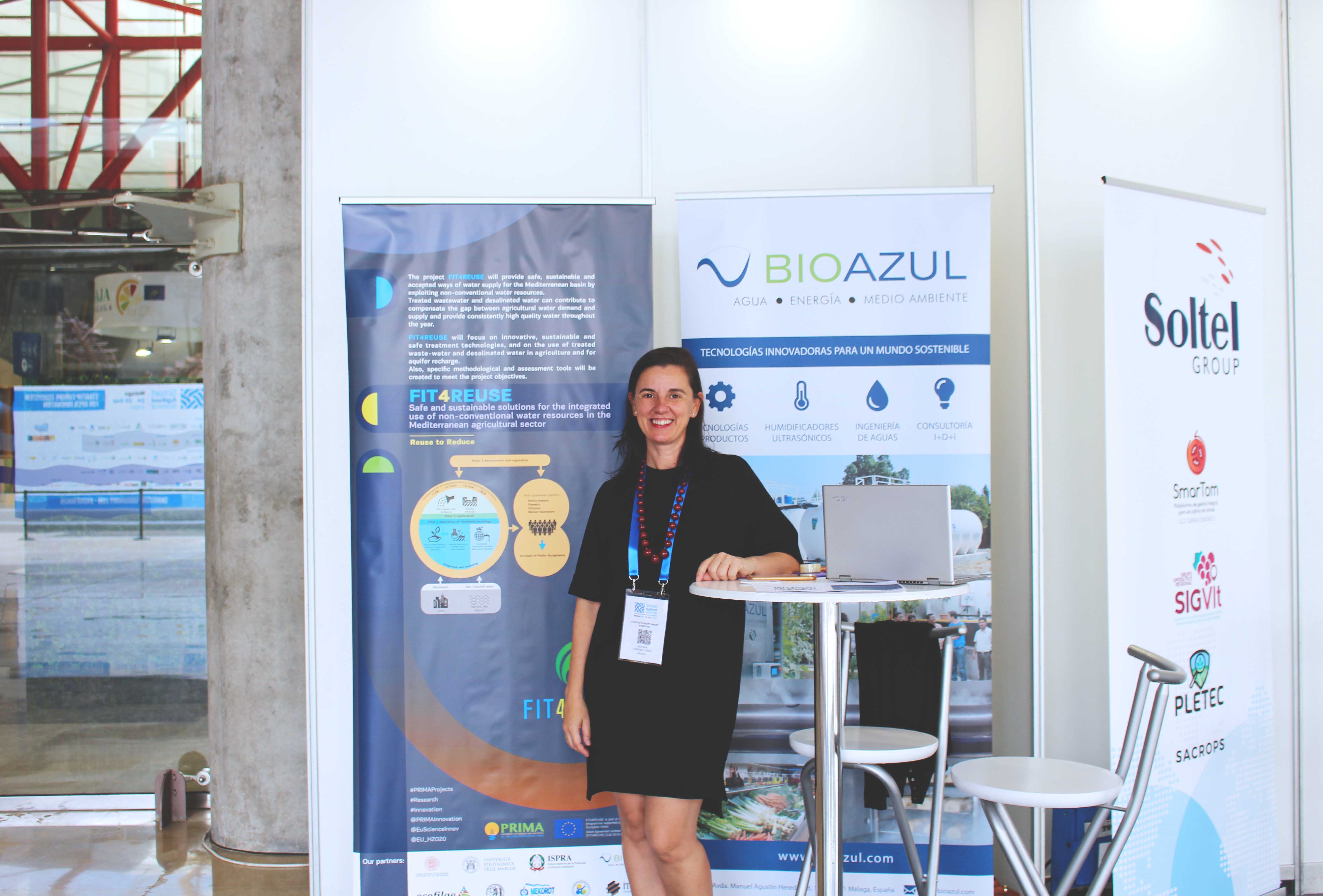 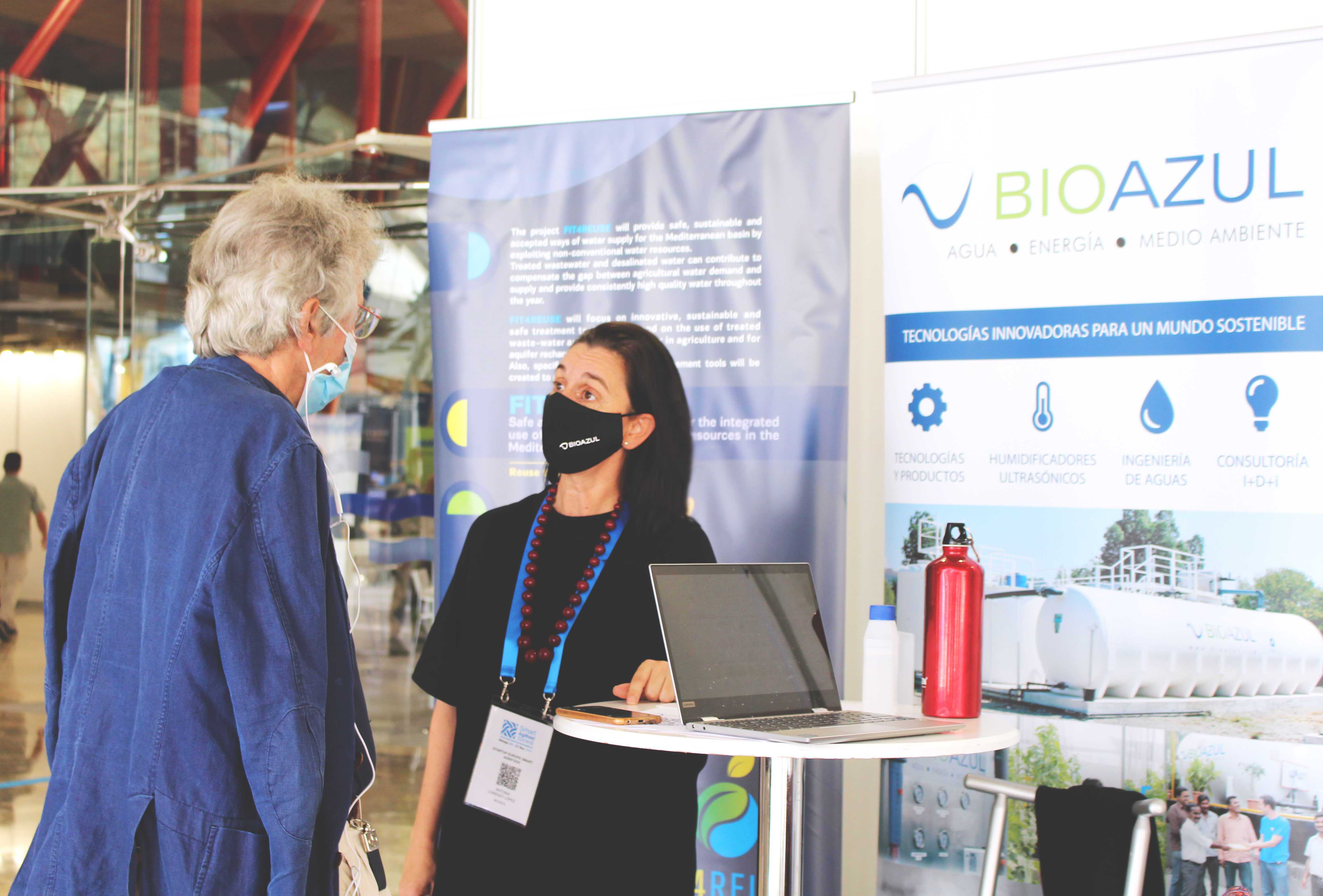 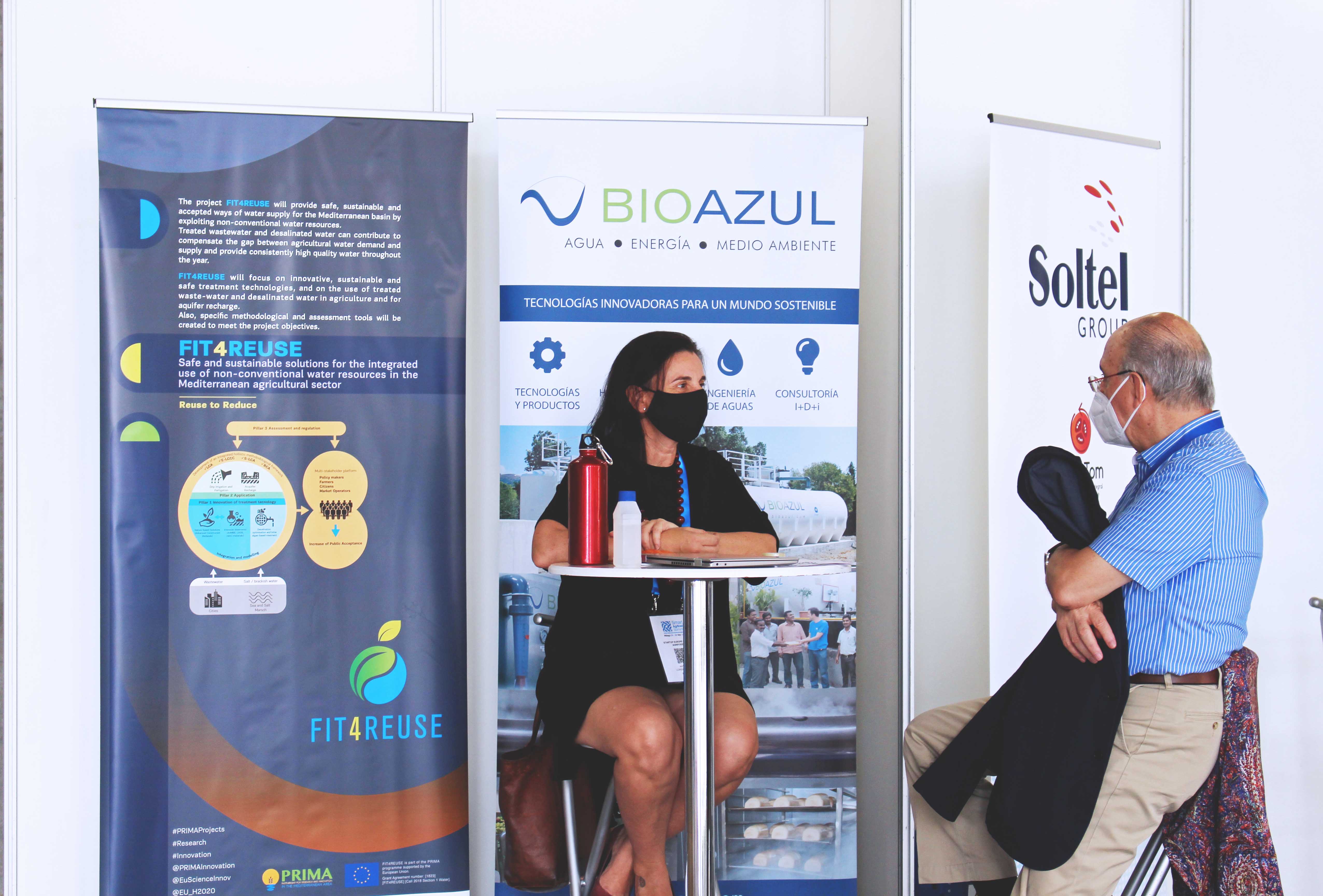 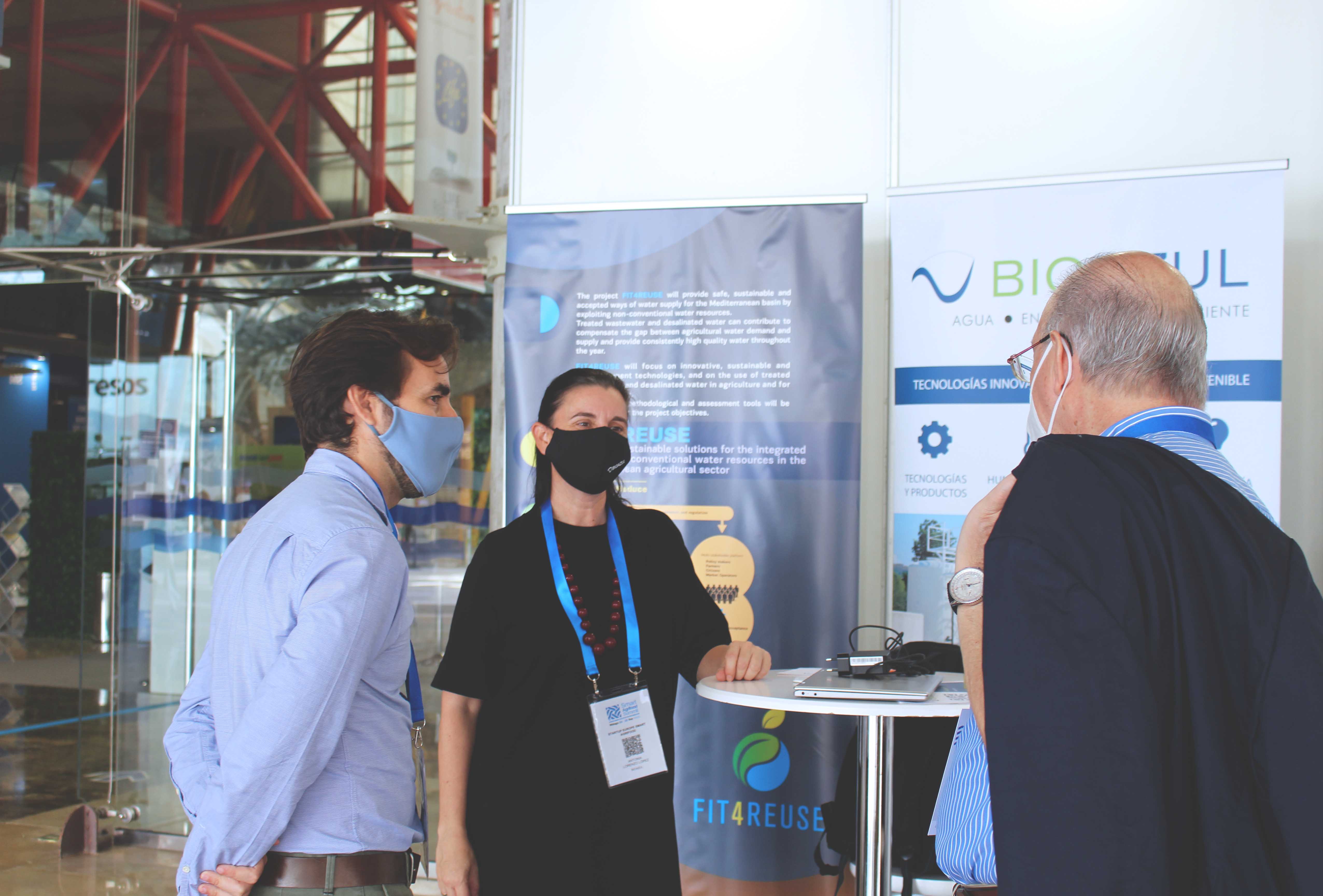 On September 25 we organized, as a side event to the fair, the 3rd SUWANU EUROPE Workshop on tools for the use of reclaimed water in agriculture. After the success of previous editions, this third workshop was organized as a hybrid event broadcast live from YouTube. The event had around 50 attendees between face-to-face and virtual. 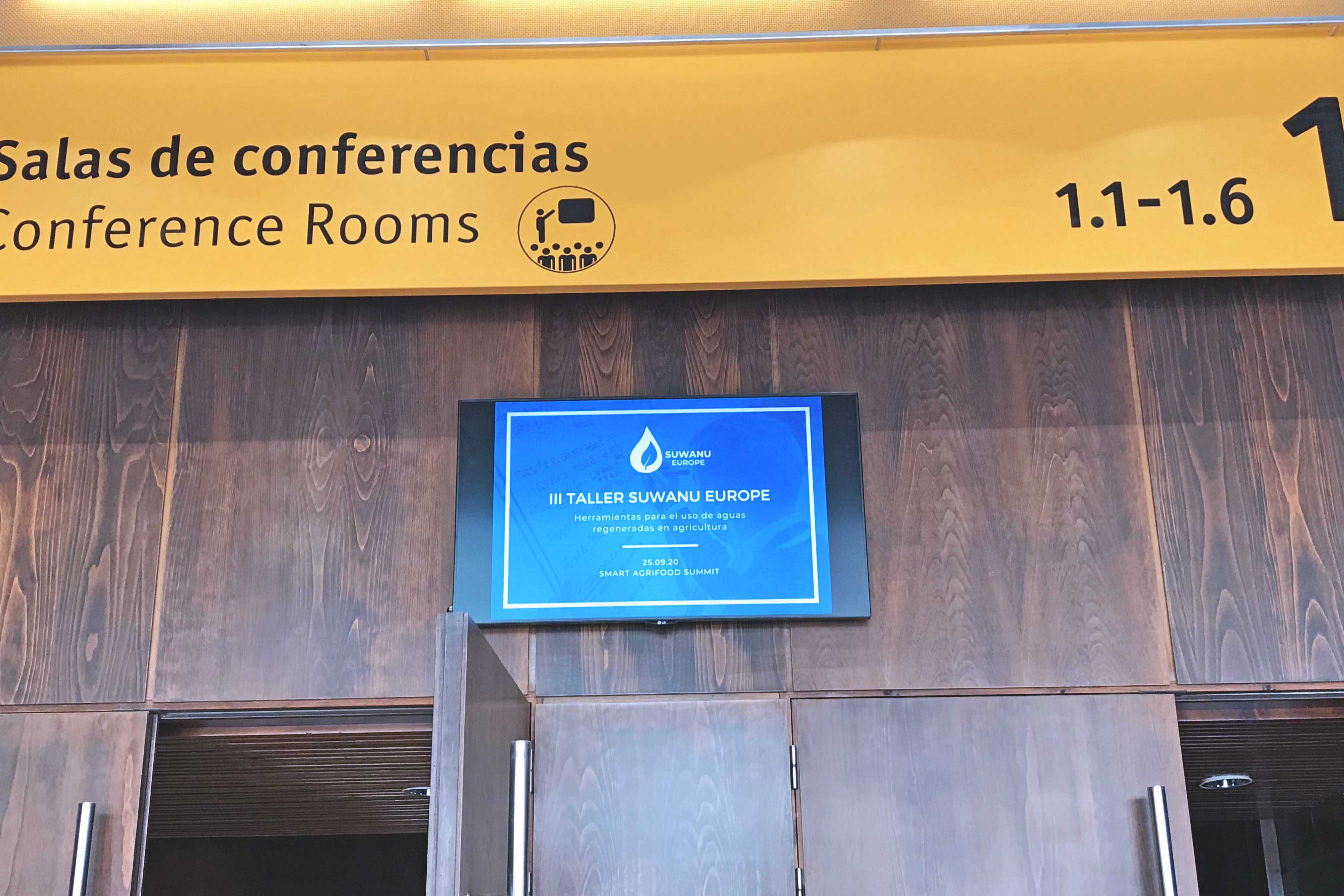 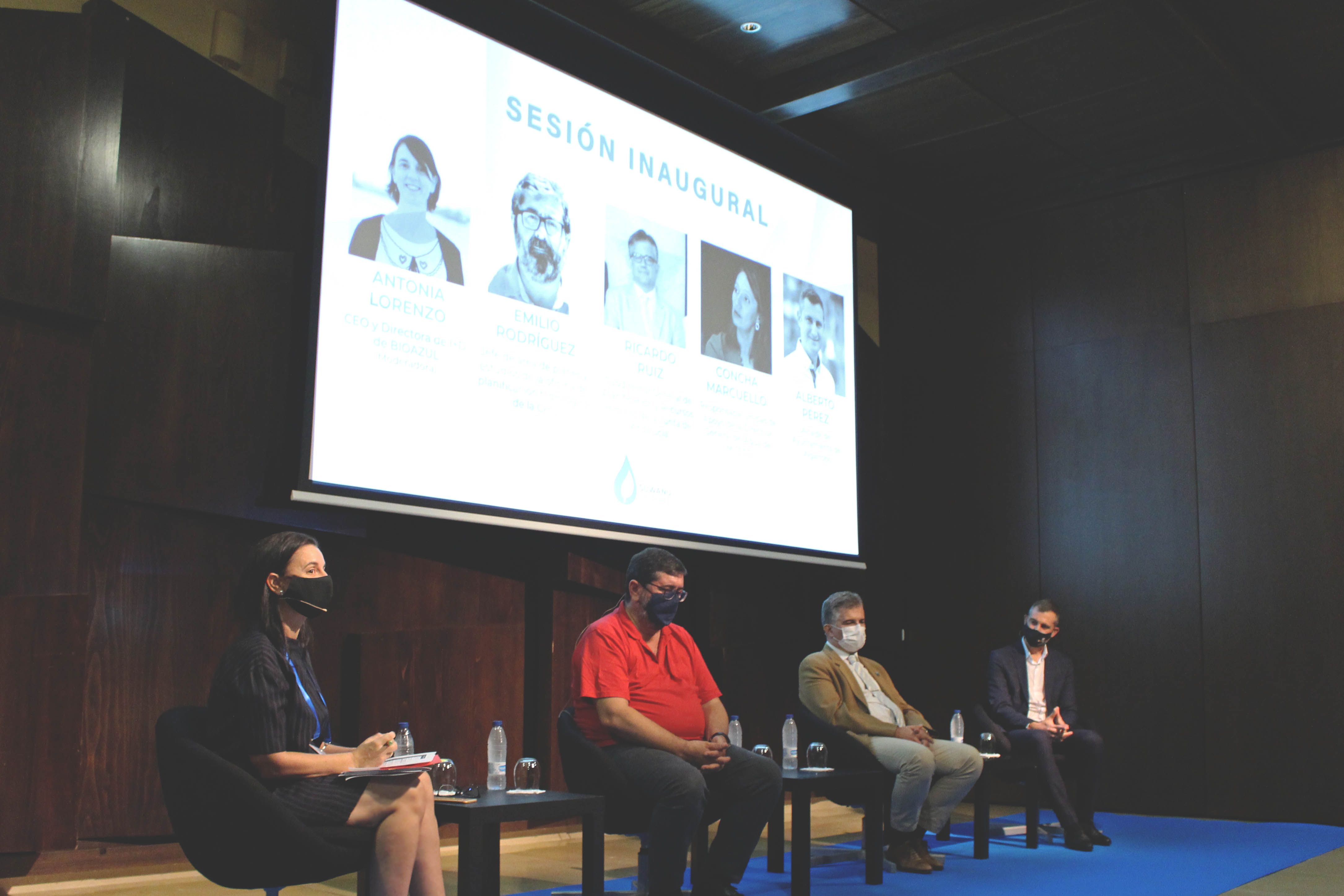 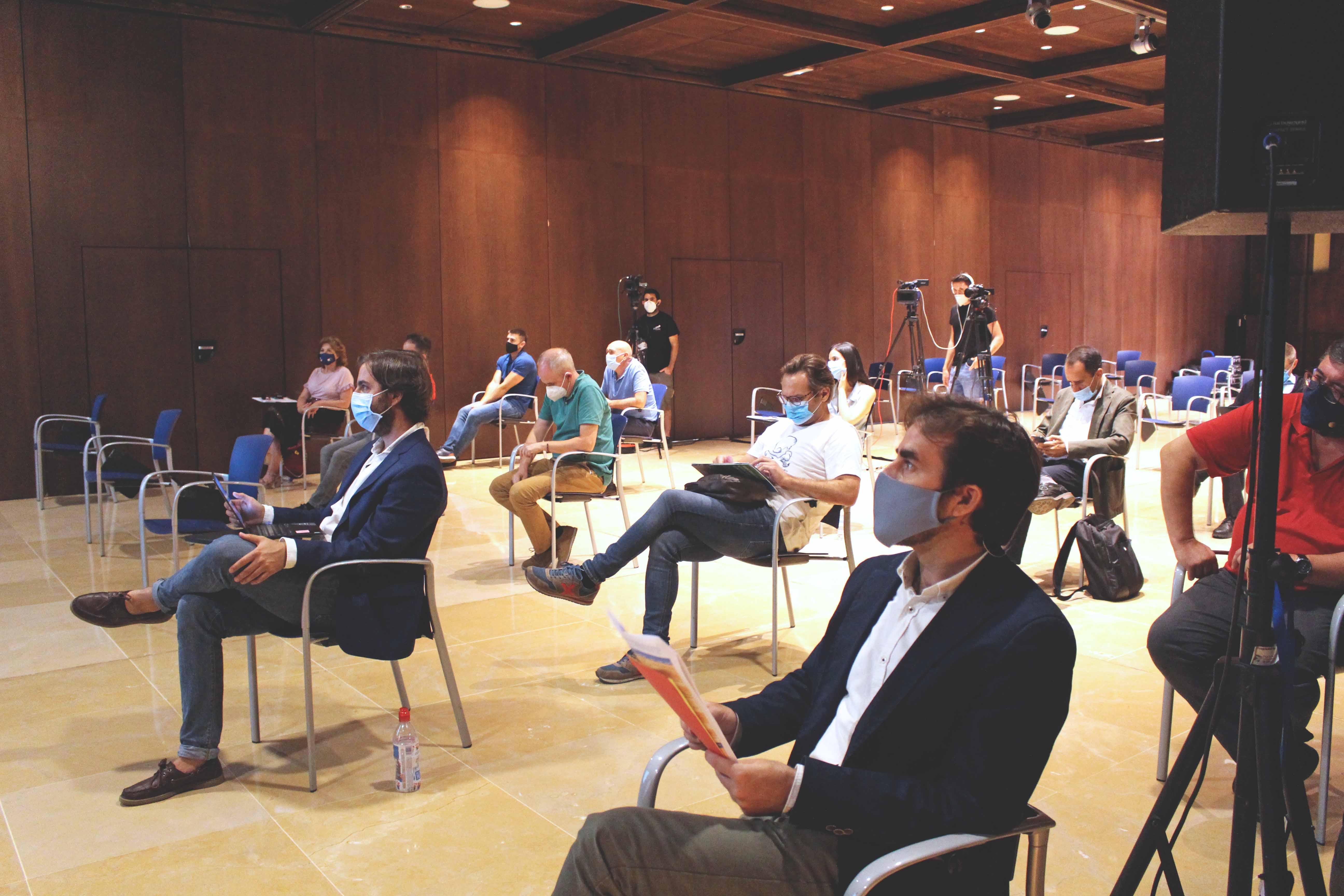 Our colleague Rafael Casielles, general coordinator of SUWANU EUROPE, was the presenter and and the person who led the event. The workshop was attended by great experts and recognized professionals from the water and agriculture sector. he workshop started with an opening table made up of Ricardo Ruiz, Deputy Director General of Planning and Water Resources of the Junta de Andalucía; Concha Marcuello, head of the Support Unit for the General Water Directorate of the Spanish Ministry for the Ecological Transition and the Demographic Challenge; Emilio Rodríguez, head of the plans and studies area of the hydrological planning office of the Guadalquivir Hydrographic Confederation, Alberto Pérez, mayor of the Algarrobo City Council; and Antonia Lorenzo, CEO and director of R + D + i at Bioazul. All agreed on the commitment that all administrations and institutions must make to support the use of reclaimed water, as well as raise awareness and help the communities of irrigators and farmers. 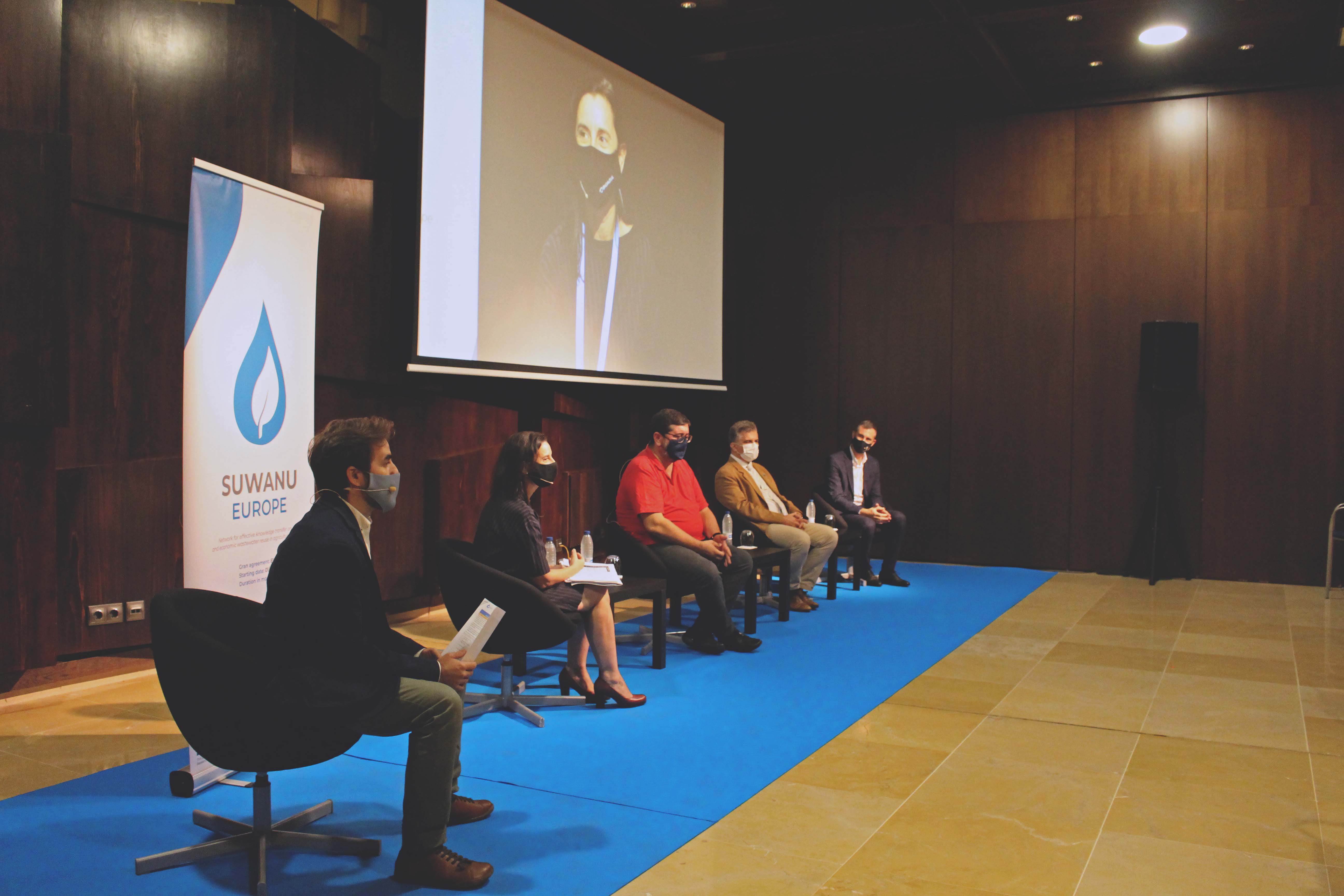 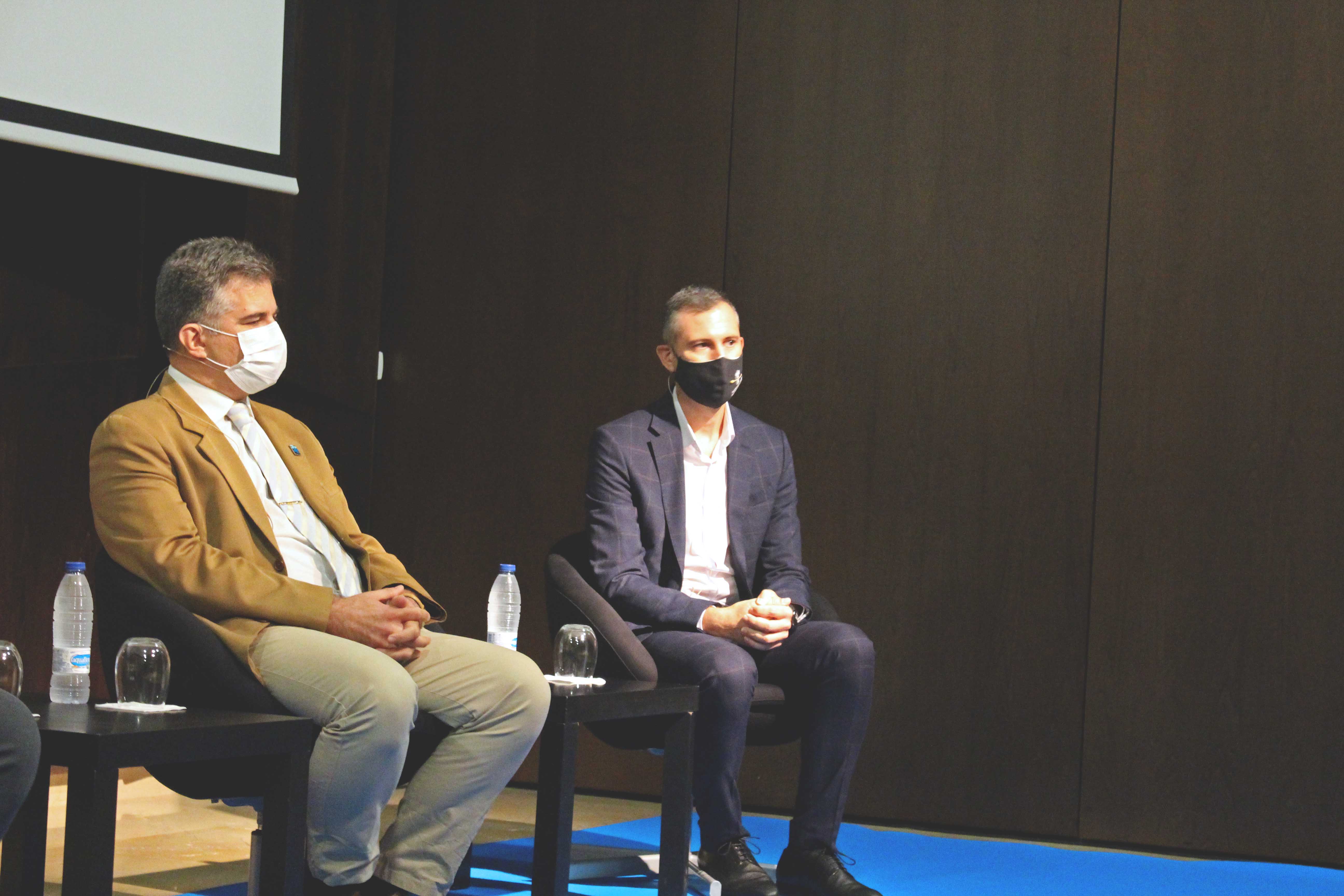 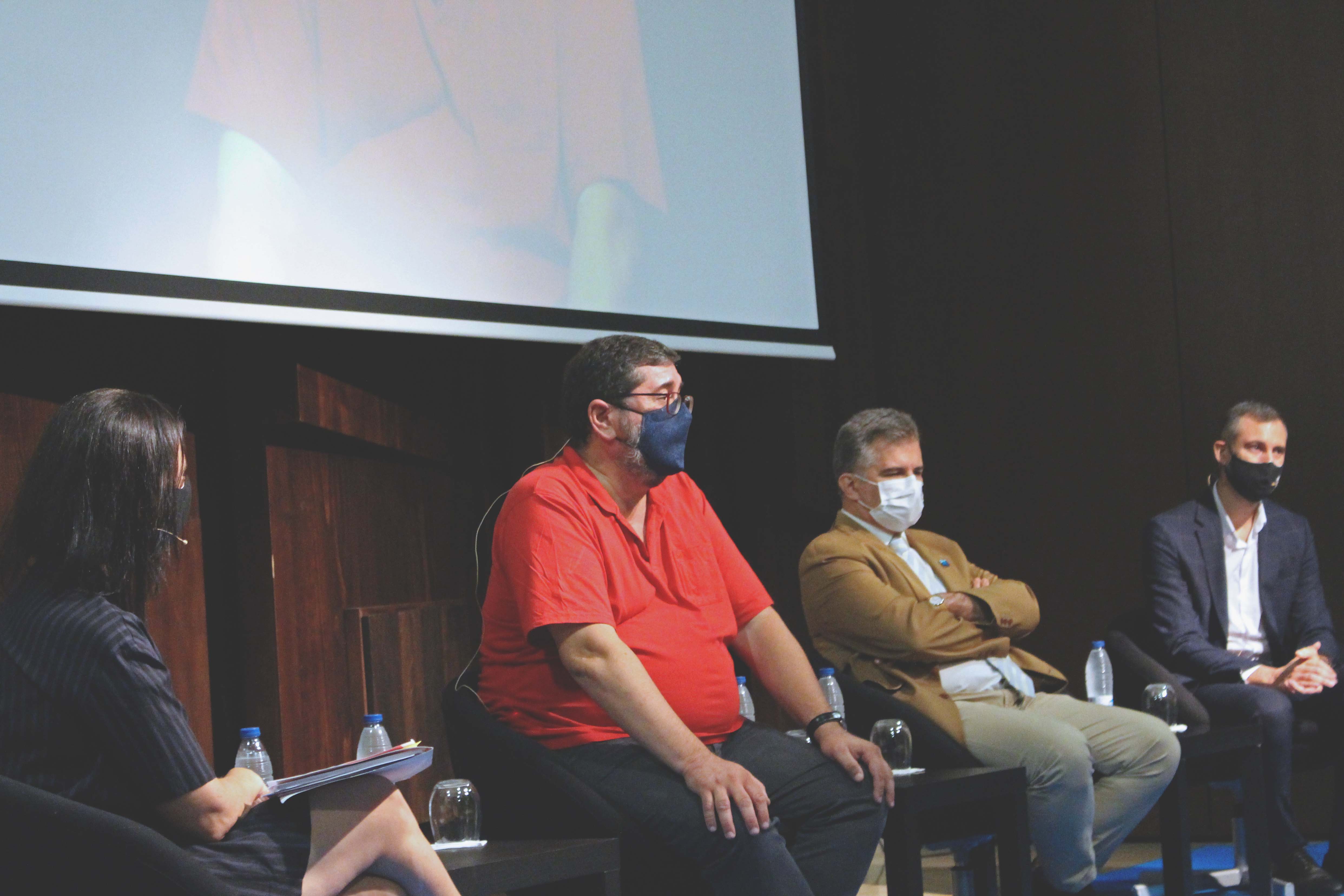 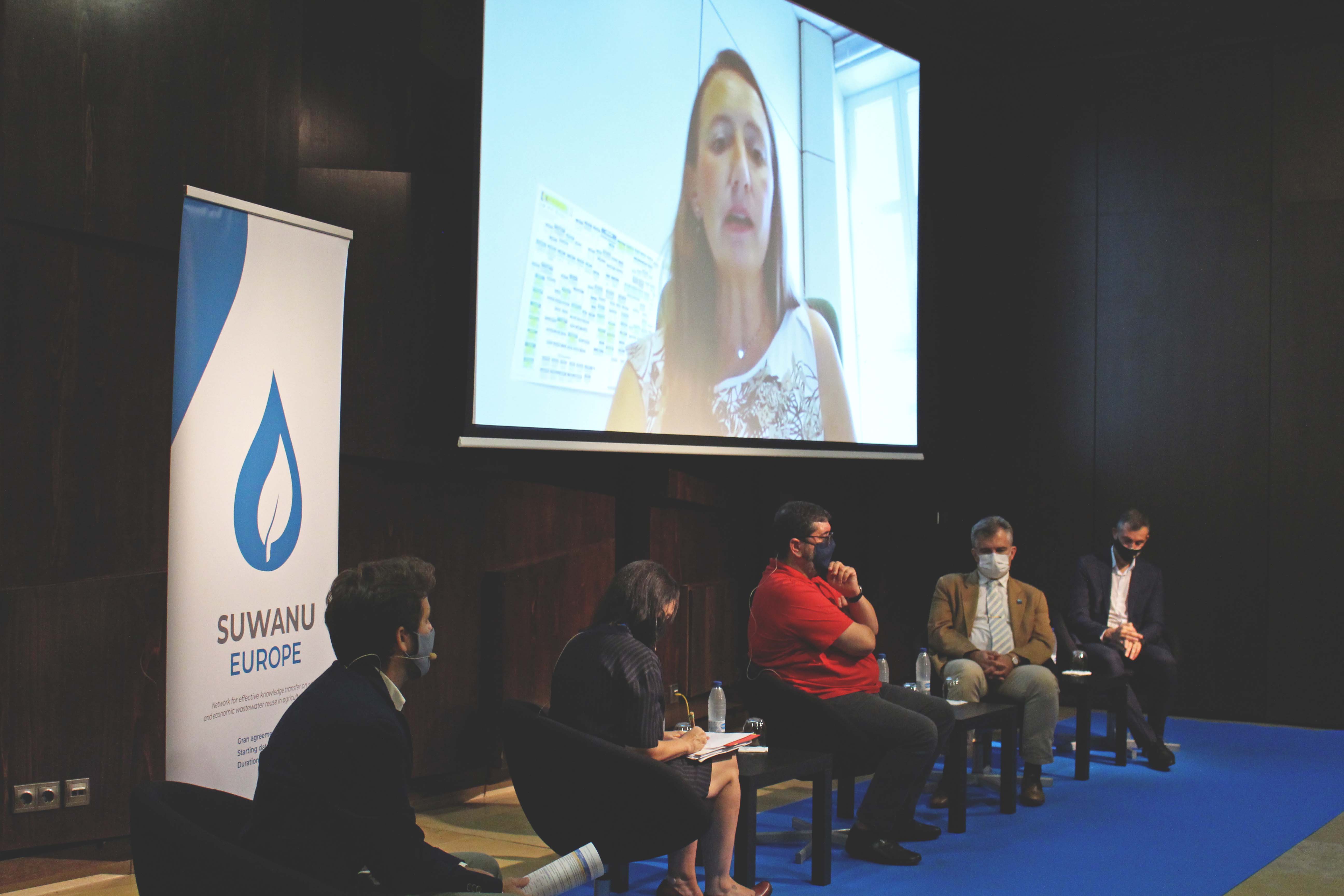 The session for the presentations began with Rafael Casielles, who introduced the results achieved so far in the SUWANU EUROPE project, such as the collection of initiatives and success stories in the use of reclaimed water, in addition to presenting the new teaching virtual. The day continued with the intervention of Pedro Simón, Technical Director of ESAMUR, who presented the New European Regulation on the use of reclaimed water that entered into force last May 2020.

Next, Ricardo Ruiz, deputy director of planning and Water Resources of the Junta de Andalucía, presented the Andalusian Water Pact whose main objective is to promote the reuse of regenerated waste water for agricultural use, golf courses and others, providing existing and future wastewater treatment facilities with efficient and sustainable systems that allow the obtaining of reclaimed water with the required quality. 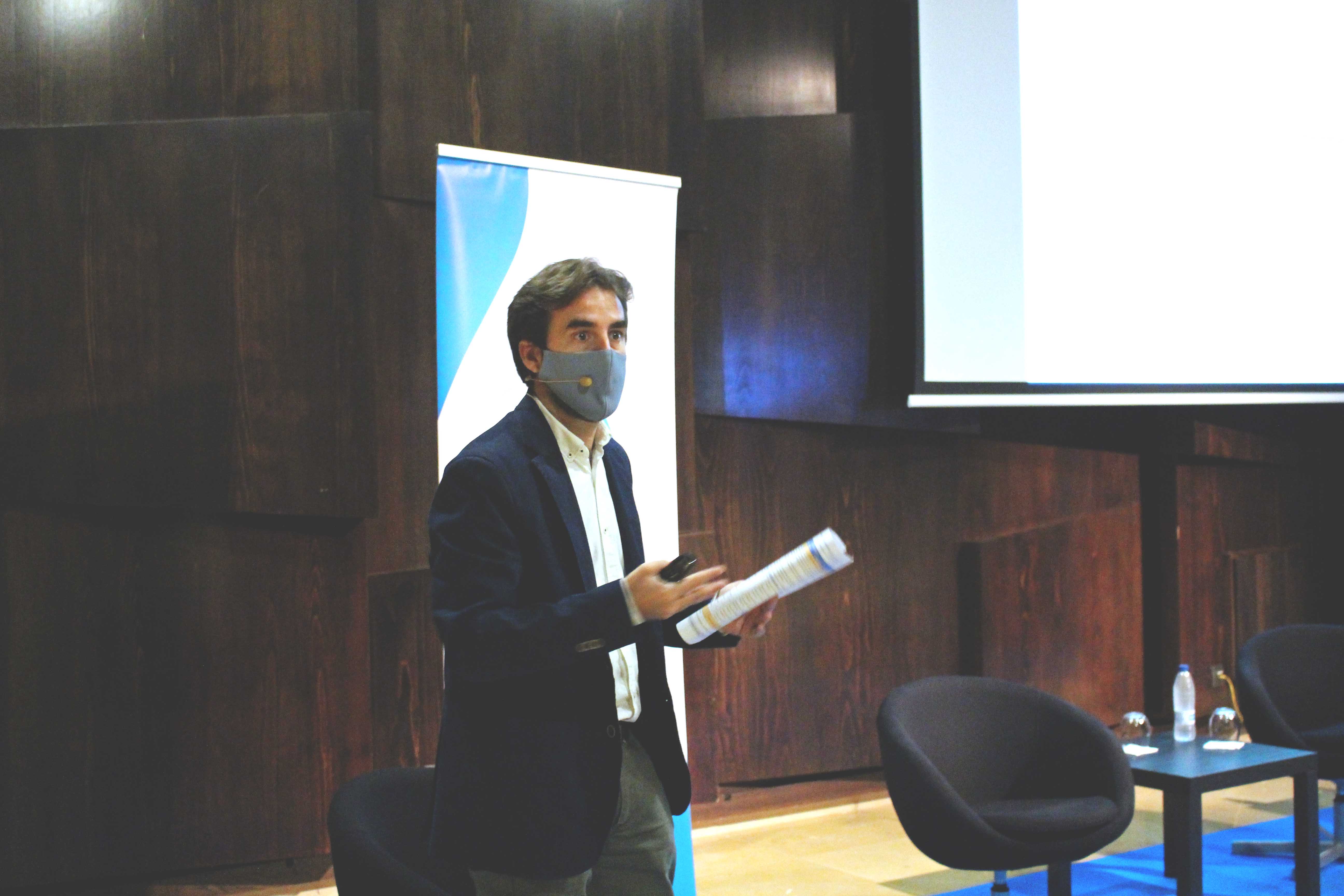 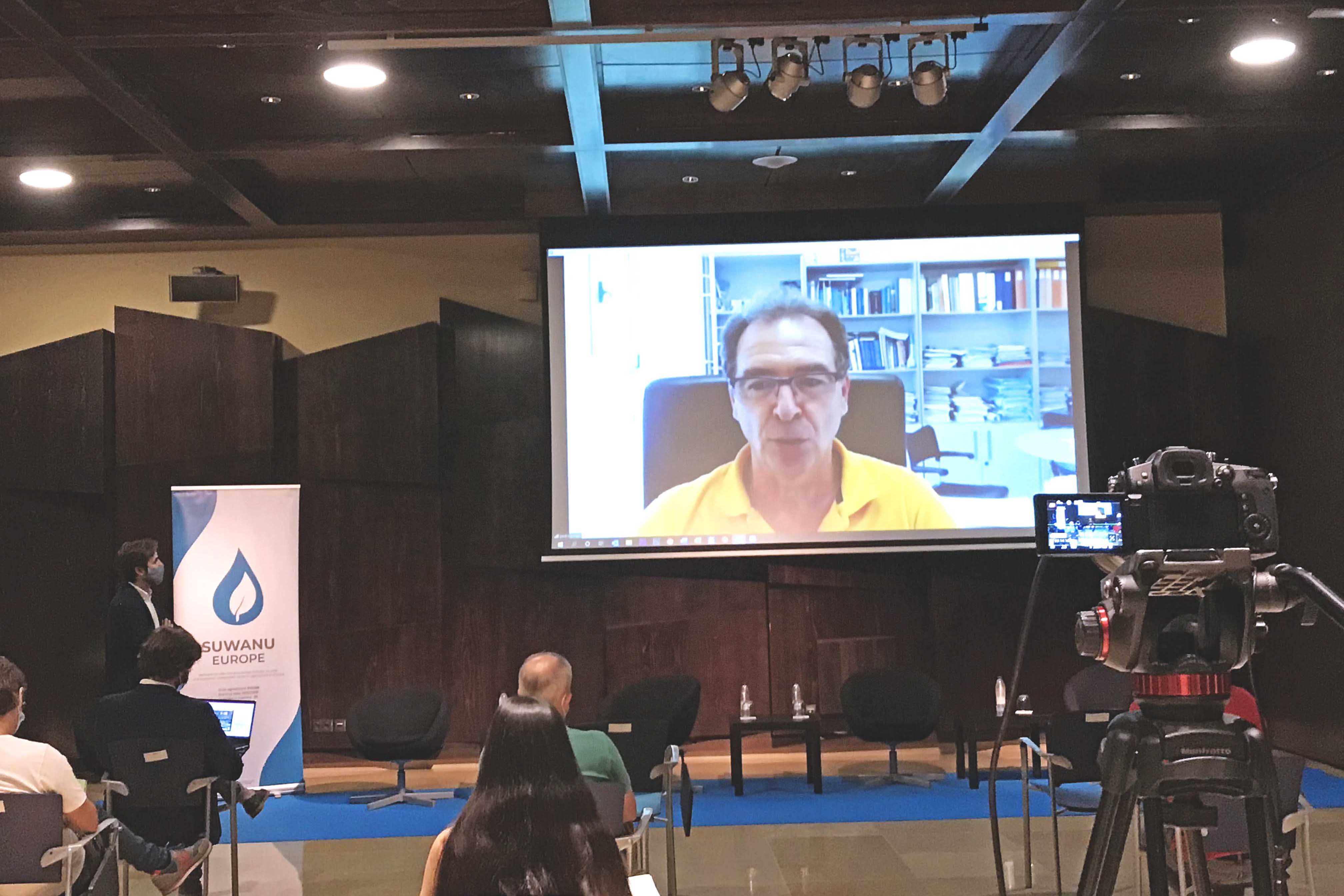 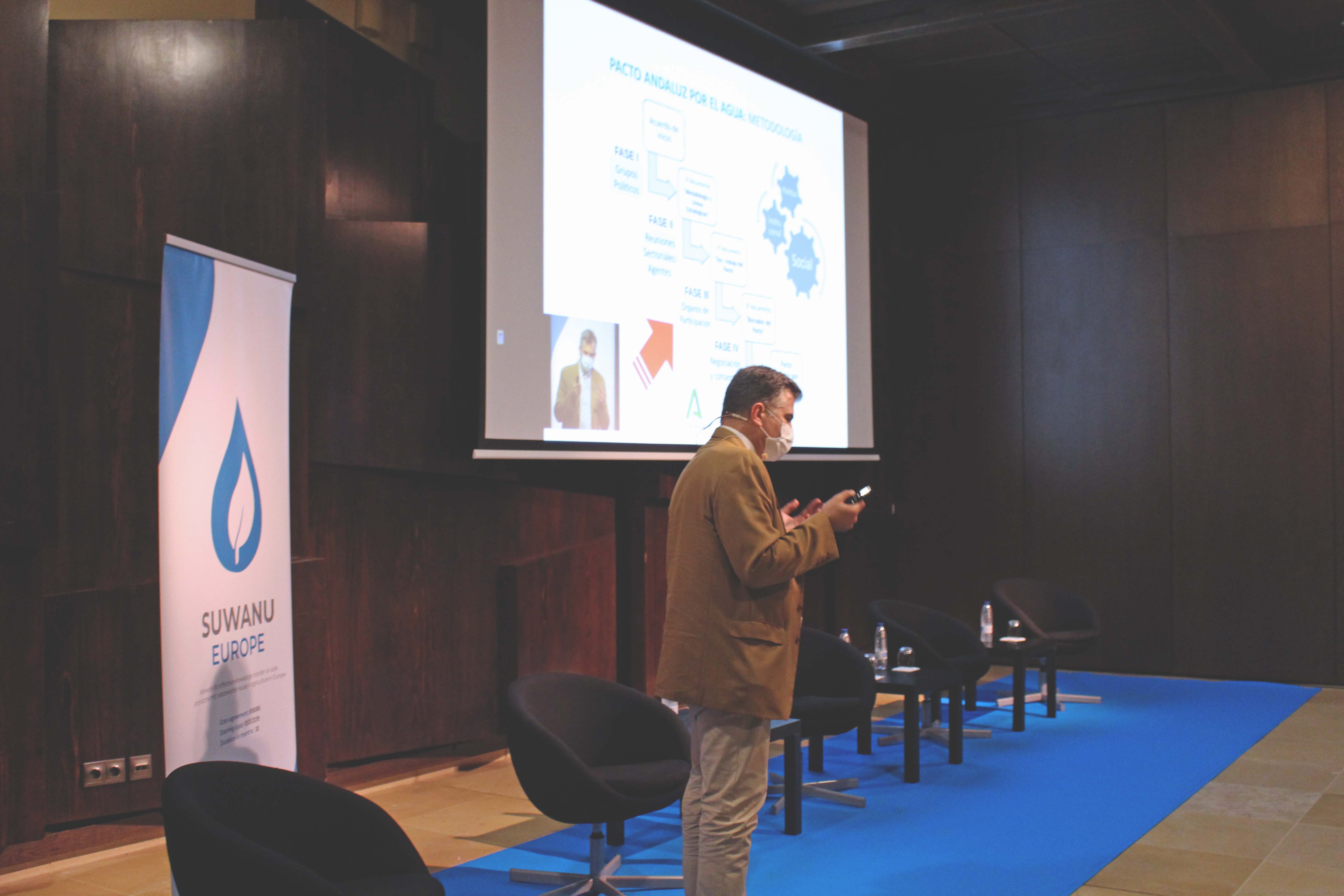 After this intervention, it was the turn of Emilio Rodríguez, head of the plans and studies area of the hydrological planning office of the Guadalquivir Hydrographic Confederation. His presentation focused on the licenses for the use of reclaimed waters in the Guadalquivir, reviewing the measures adopted over the years to promote the use of these waters. Later, M. Remedios Romero, CSIC-IHSM La Mayora researcher, introduced the results of the RichWater project and the effects that regenerated water produces on crops.

The last speaker at this workshop was Antonio Montes, technician from the Tintín Irrigation Community in the town of Montilla (Córdoba), who presented the REUTIVAR project, whose objective is the development of a sustainable olive grove irrigation model for rural areas of Andalusia integrating irrigation with reclaimed water. 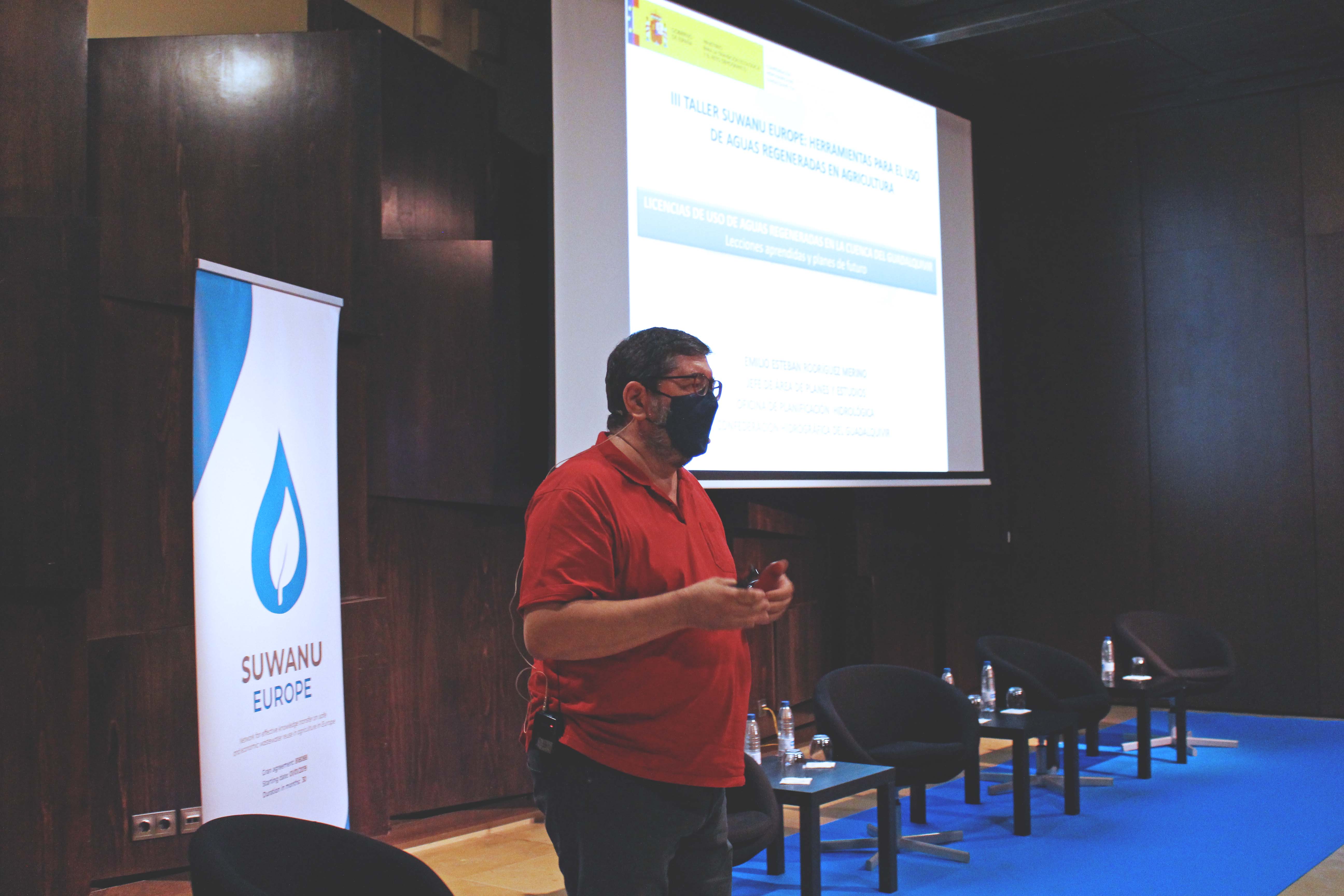 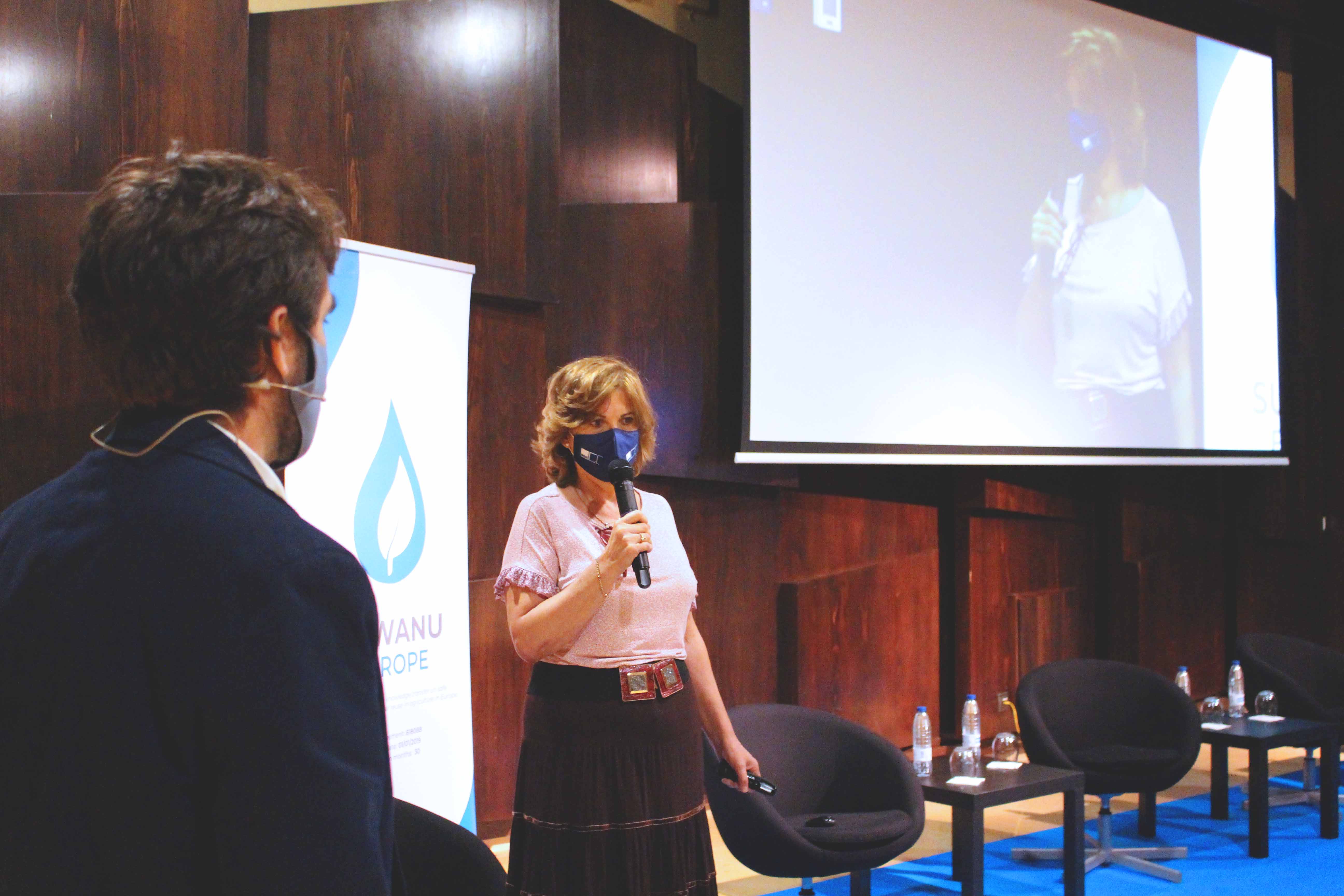 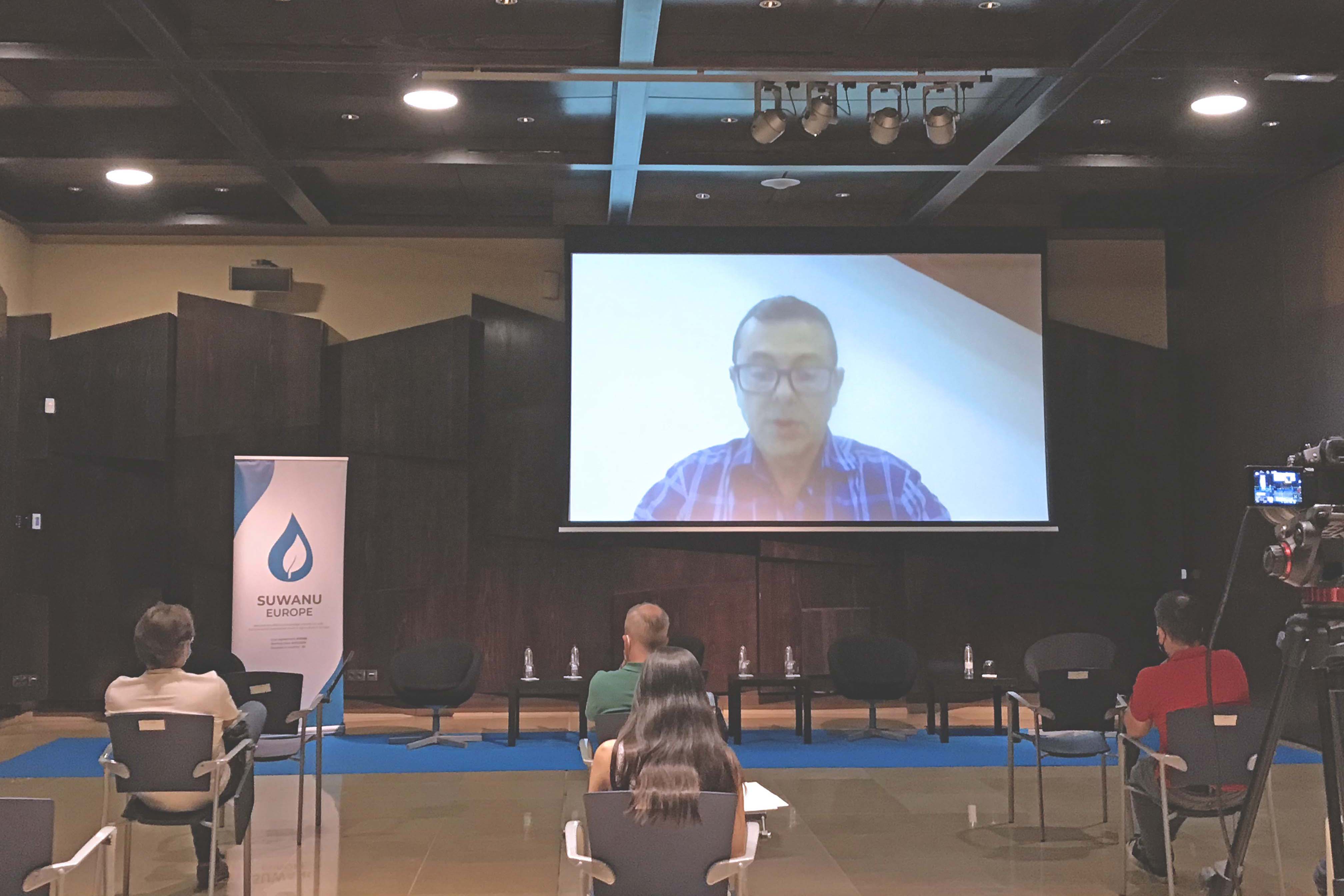 The workshop ended with a round table to discuss the REGENERA Plan. The table, moderated by Alfonso Expósito (WEARE group researcher), was made up of the Spanish partners of the SUWANU EUROPE consortium: Julio Berbel (UCO), David Hernández (FENACORE), Rafael Casielles (Bioazul) and Xana Rodríguez (CECU). Each of them presented one of the blocks that make up the REGENERA Plan and asked the public several questions to get their opinion and discuss the most effective measures and strategies to promote the use of reclaimed water in agriculture. 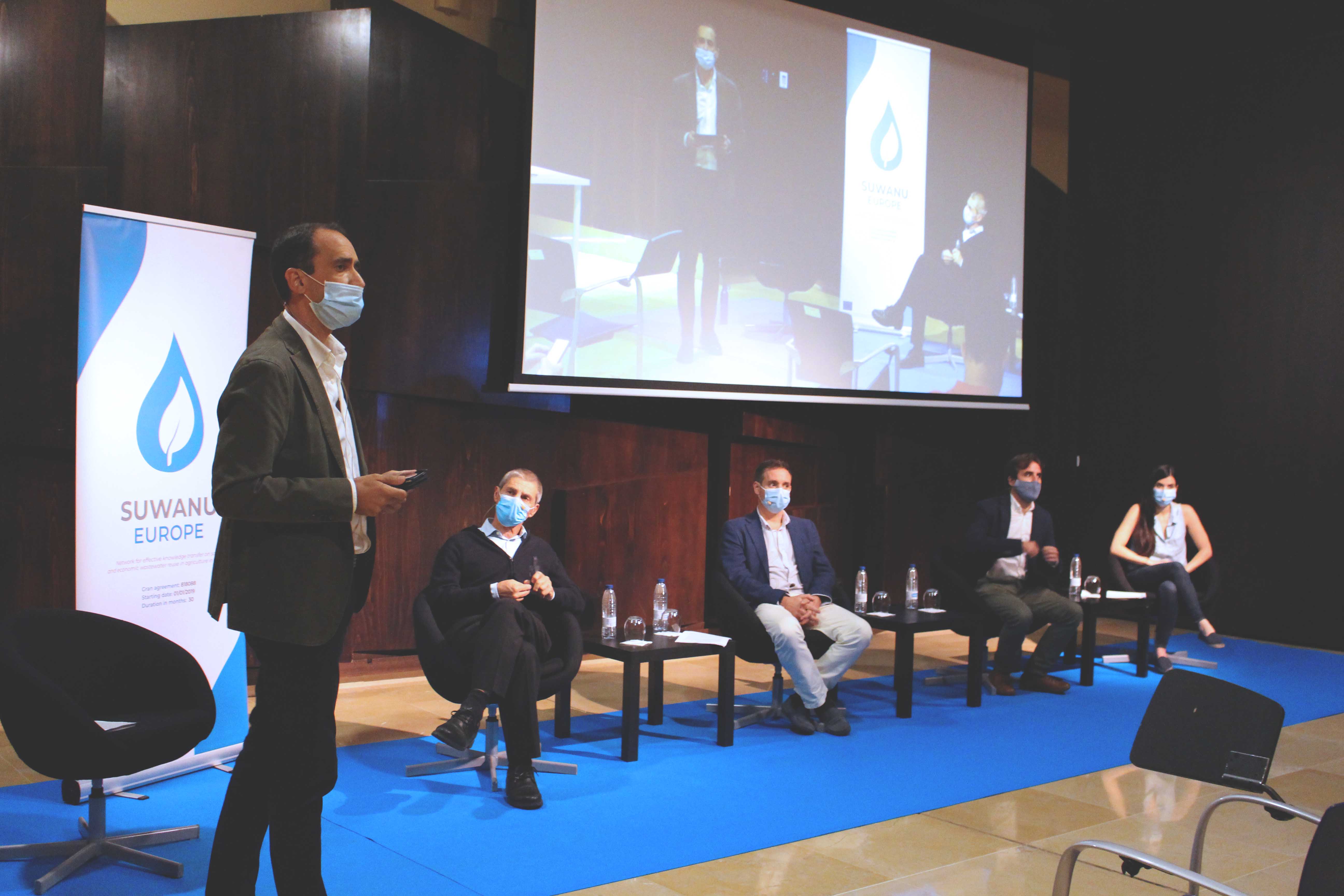 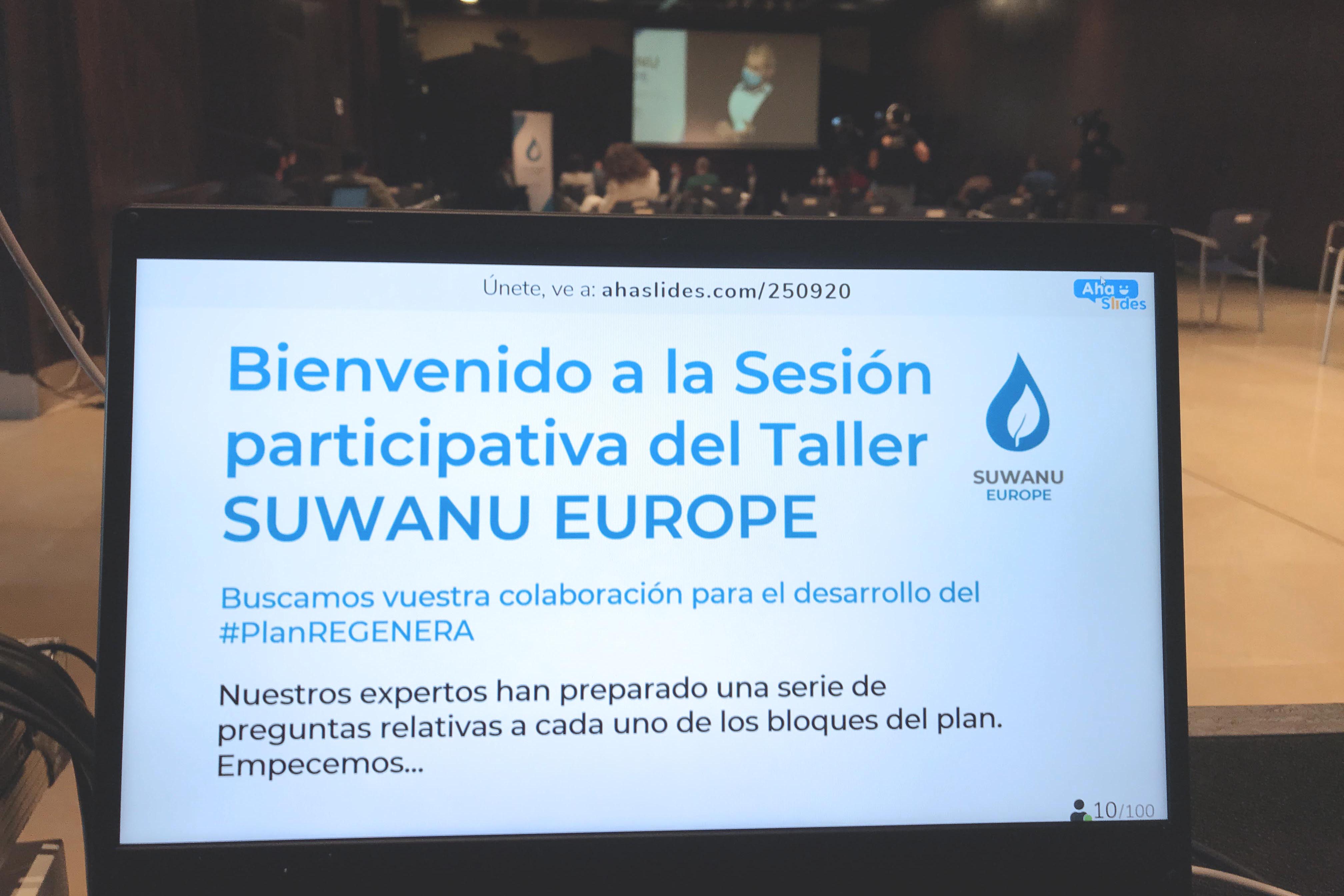 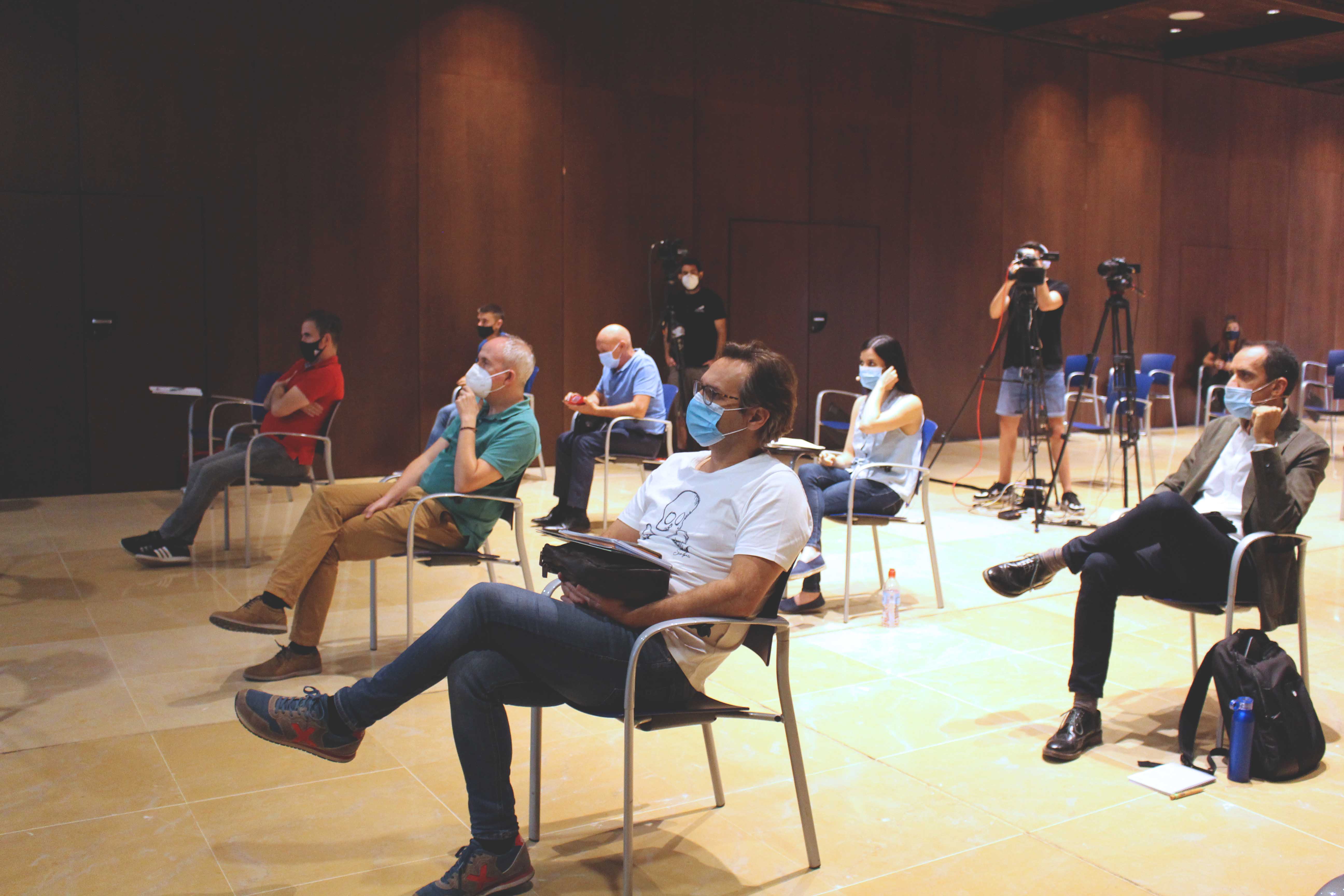 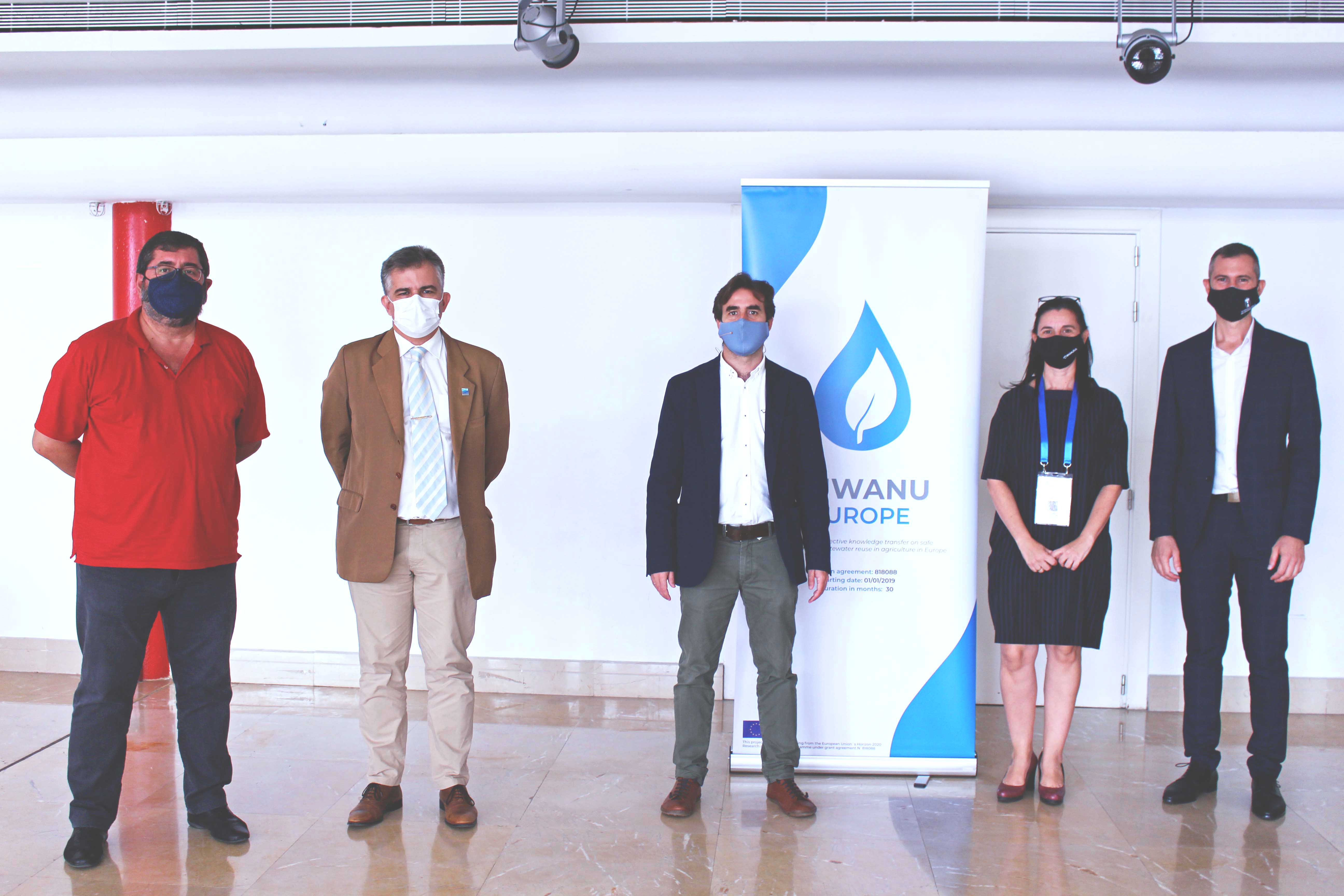 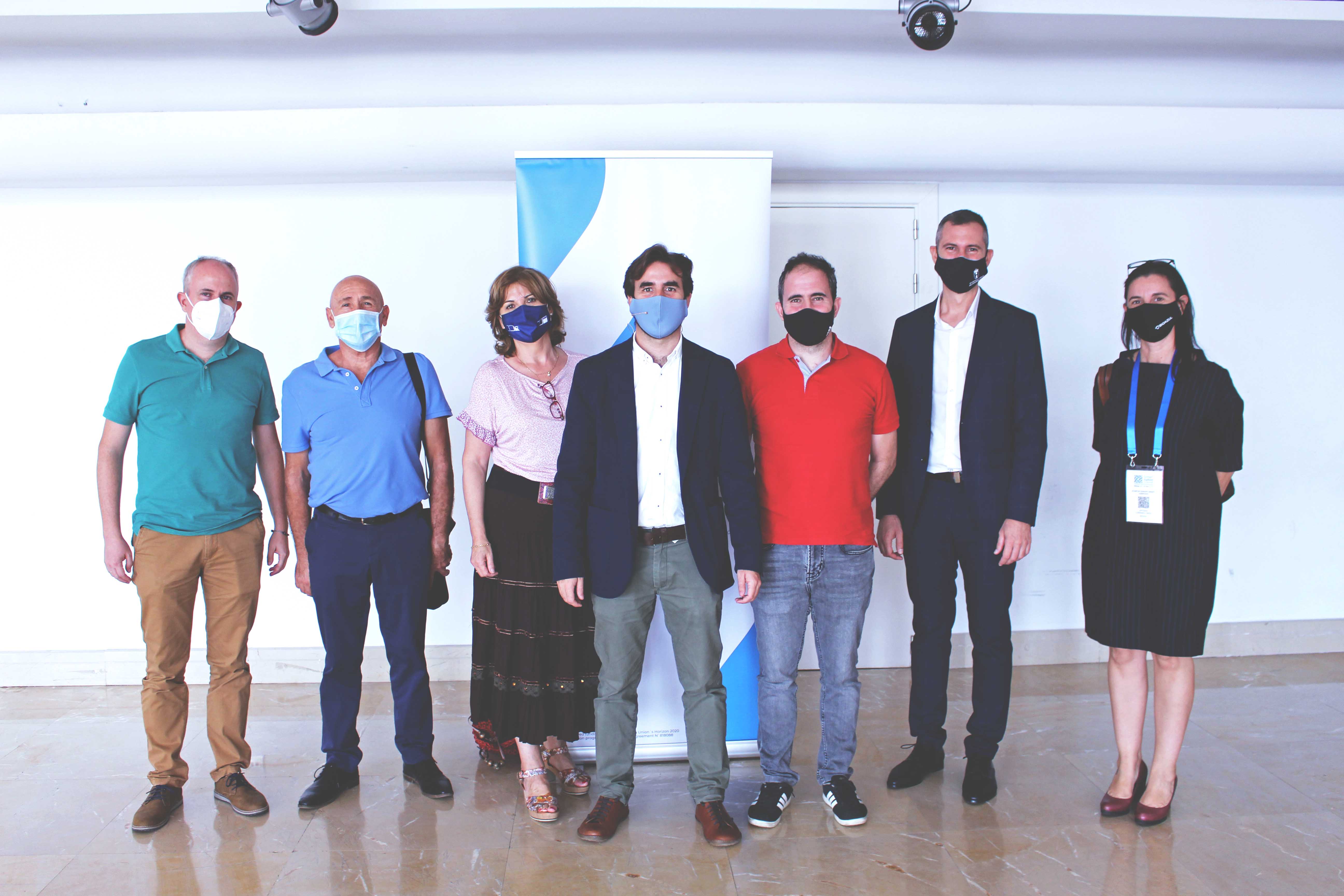 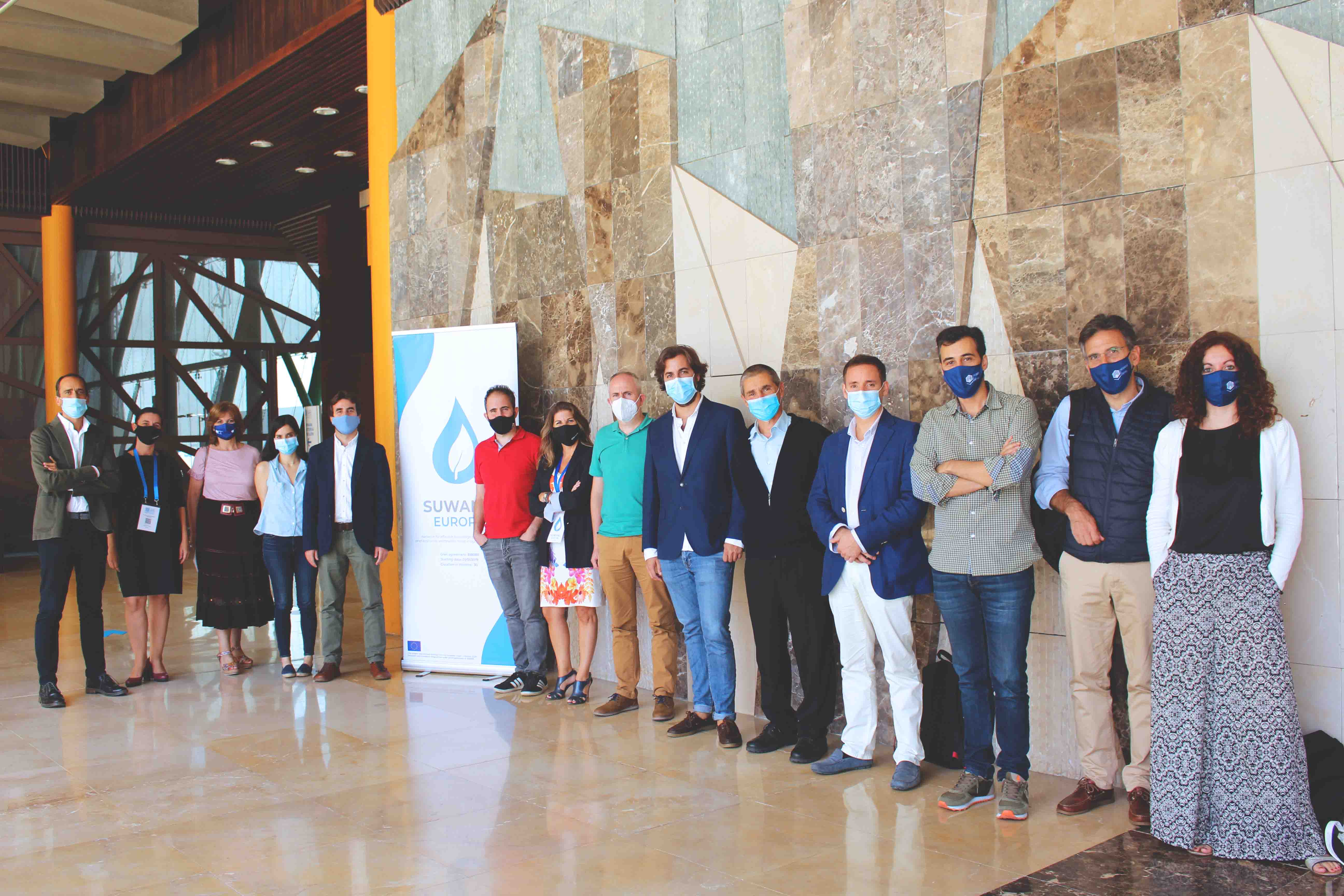 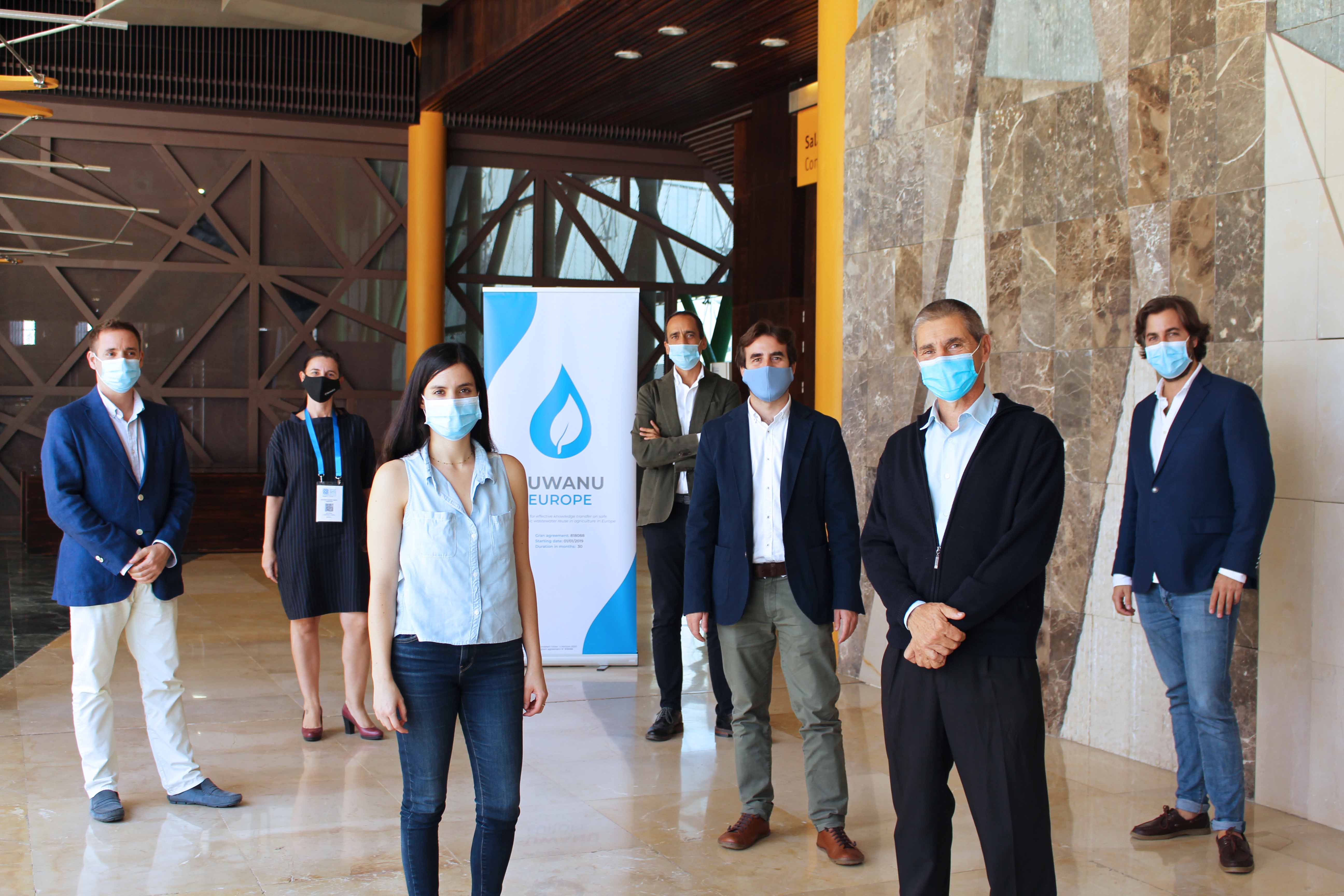 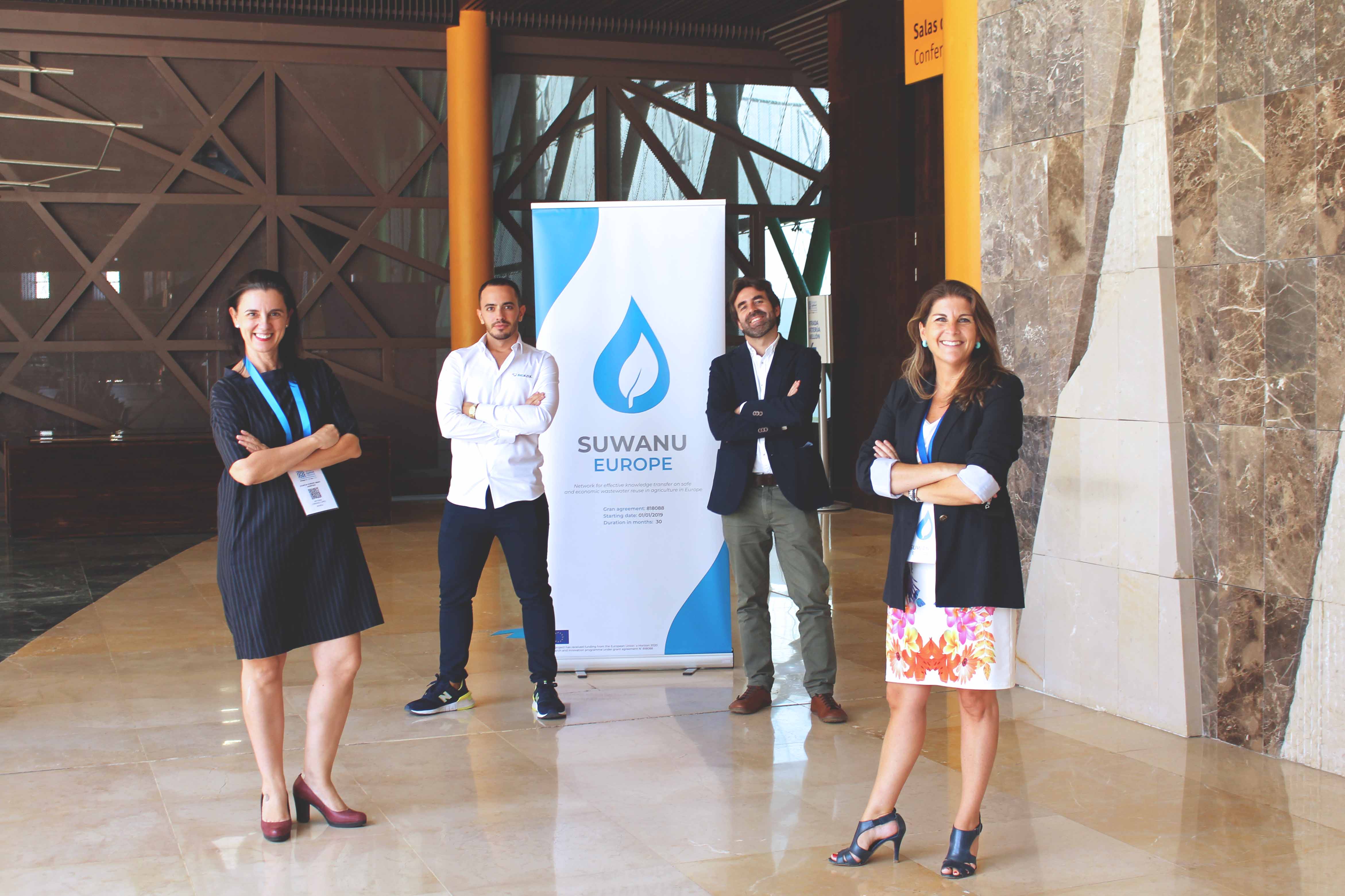 BIOAZUL IN THE DISCUSSION ON H2020 INNOVATION AT THE IGLO2016