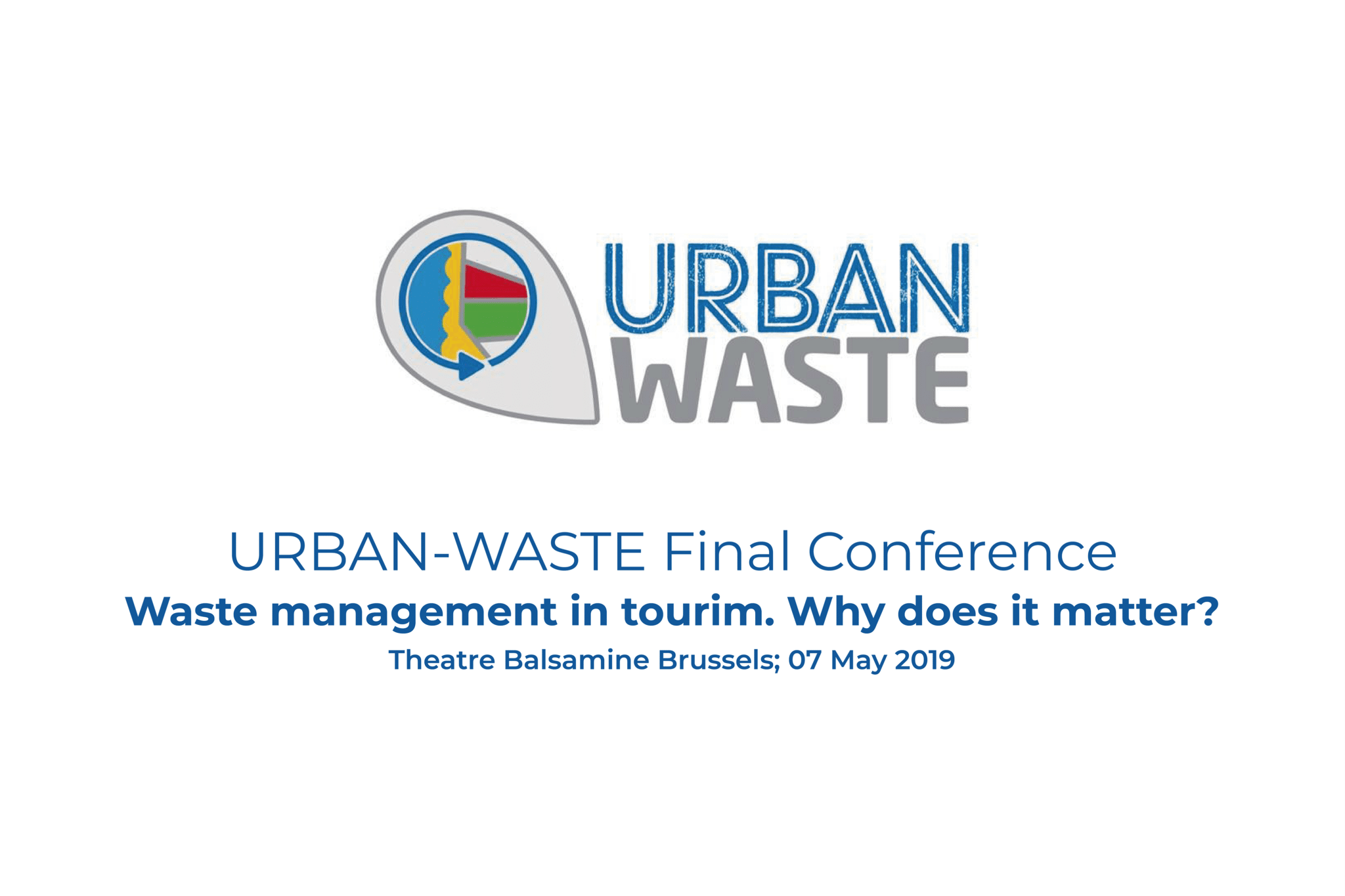 As the URBAN-WASTE project approaches its end in May this year, Brussels will host the project’s final conference titled “Waste Management in Tourism. Does it even matter?” organised by ACR+, on 7 May 2019 at the Balsamine theatre.

It has been three years since a consortium of 27 partners launched a project titled “URBAN-WASTE” that was funded by the European Union’s Horizon 2020 programme. The project brought together key stakeholders along the waste prevention and management, as well as the tourism value chain in order to develop eco-innovative and gender sensitive strategies in cities with high levels of tourism in order to reduce the waste production and improve municipal waste management.

The Conference titled “Waste Management in Tourism. Does it Even Matter?” will serve as an opportunity to look back at the 11 pilot cities’ and regions’ efforts, approaches, methodologies and ultimately, the results they achieved through these strategies they have developed and implemented over the last couple of years. An interesting line up of key note speakers, experts in and representatives of various fields of tourism and the 11 participants will discuss the results, outputs, figures and overall experiences through story-telling, interactive presentations and panel discussions. Speakers and panellists will include Françoise Bonnet, ACR+’s Secretary General, Gudrun Obersteiner of BOKU University, Erik Louw of TU Delft, the Government of the Canary Islands, numerous high-level speakers and facilitators from the European Commission and numerous guest speakers from the European tourism sector.

Eleven pilot cities and regions boarded this three-year long journey to redefine their tourism and waste management value chains, from across Europe – from Nicosia in the east to Ponta Delgada in the middle of the Atlantic Ocean and from Copenhagen in the north to Tenerife in the sub-tropical south. Thanks to a number of universities, institutes, NGOs and consultants who provided valuable inputs and skills, the pilot cities and regions had the opportunity to assess their urban metabolism performances and look into improving certain processes in order to achieve more sustainable tourism locally.

Three years later, the 11 participants, together with their local stakeholders and the rest of the consortium are now proud to present the outcomes, achievements and findings and most importantly – the way forward that has been paved by the URBAN-WASTE project to the wider public, European institutions and organisations, local and regional authorities.

BIOAZUL will attend the conference as one of the partners in charge of the implementation, monitoring and follow-up of the measures applied and selected by pilot cities in specific tourist establishments (e.g. restaurants, hotels, etc.). BIOAZUL has also collaborated in the socio-economic impact assesment of the strategies as well as in their integration into Municipal Waste Management Plans, amongst other activites.

Click here to see the agenda, speakers and register.