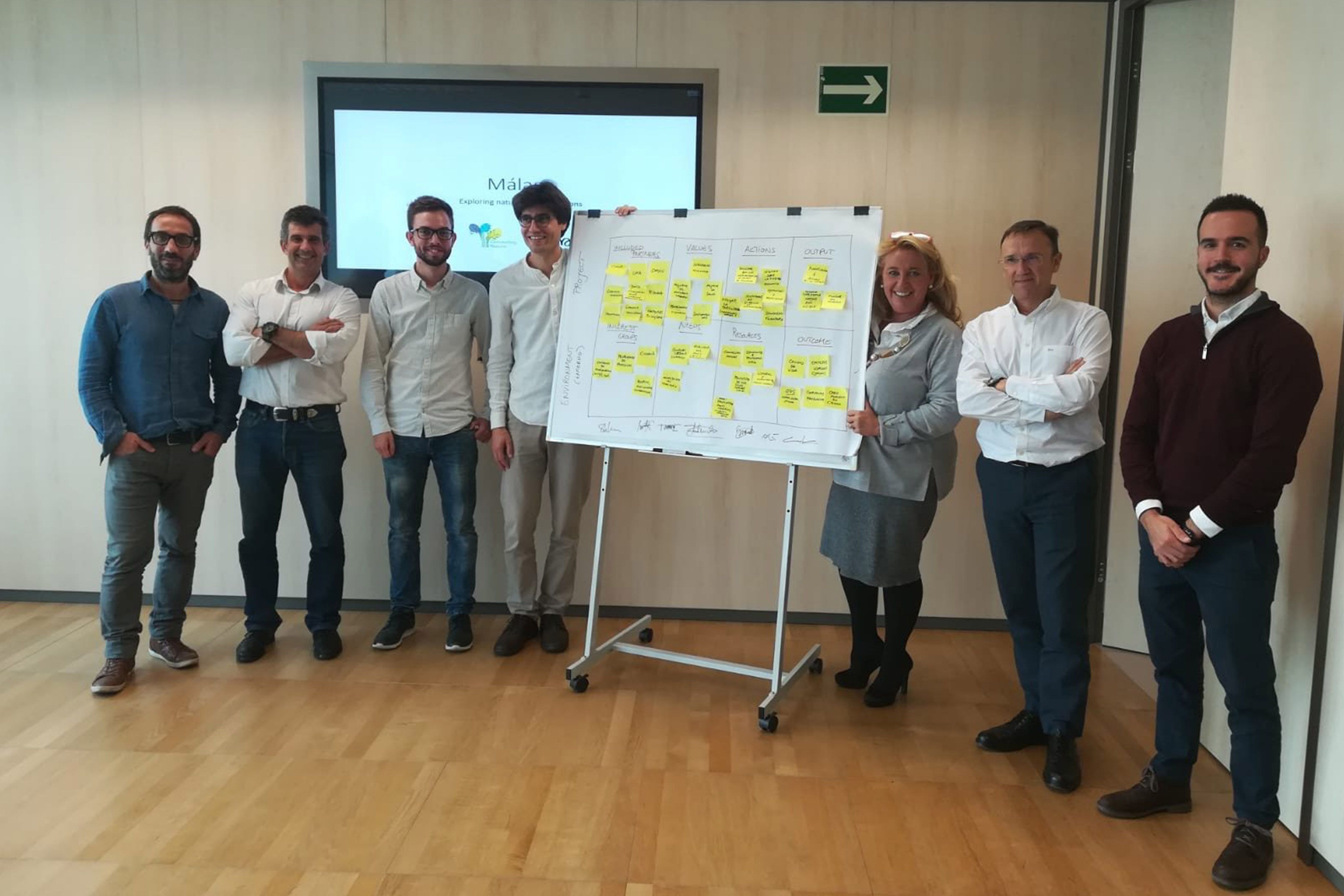 On the 30th and 31st of October, an Exploratory Workshop Connecting Nature took place in the city of Malaga to assess the implementation of nature-based solutions (NbS). The event was co-organized by Promálaga and OSMOS.

Connecting Nature gathers 31 organizations working together with local authorities, communities, industry partners, NGOs and academia. These institutions have focused on 11 European cities in order to encourage the launch and growth of commercial and social companies active in the generation of nature-based solutions and products.

During the first day, stakeholders playing a key role in the environmental sector of Malaga were invited to discuss about future and existing measures adopted in this field. Individual interviews were carried out to comment on the current situation, the climate and social challenges threatening the city, and the solutions proposed by each interviewee.

On the second day, a round table was organised with all actors involved and the main conclusions from the interviews were presented. The time frame and further steps to promote the implementation of NbS in the city were also discussed. The core of the workshop based on a participatory activity to identify challenges, objectives and opportunities that Connecting Nature project could tackle in Malaga, creating a roadmap to engage and include new organisations and companies from the city.

FRESH-DEMO PRESENTED IN THE PLATFORM FOOD FOR LIFE SPAIN