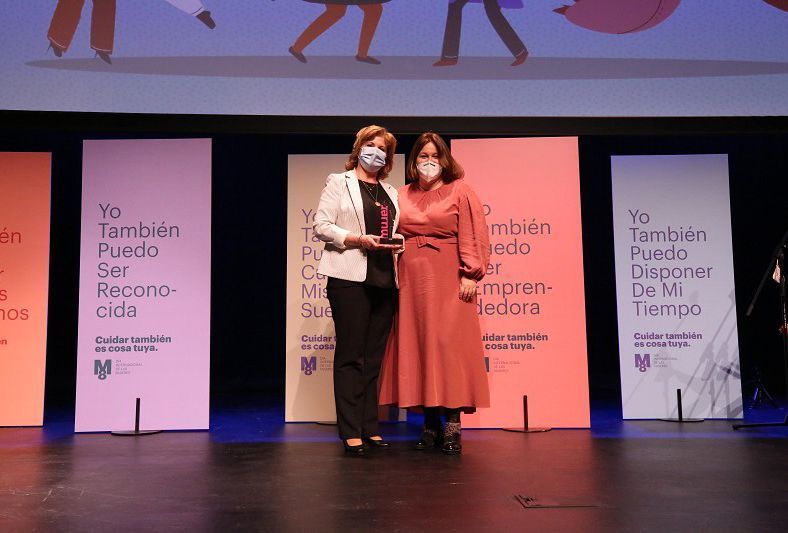 On March 19, the “Reconocidas 2021” gala took place, an event organized by the Delegation of Equality, Social Services and Families of the Junta de Andalucía in Malaga with which it publicly recognizes women who, due to their personal, professional or social trajectory, have contributed to make women visible in the municipalities of the province of Malaga, as well as entities, federations, companies and associations, which have stood out for their work in favor of gender equality.

Of a total of 31 candidatures presented by city councils, women’s associations and groups, finally 20 were the winners.

In the individual modality, 16 awards were granted to women from different fields such as research, cultural, social, sports, as well as those who exercise professions that are traditionally masculinized. In the group modality, 4 distinctions have been recognized, among which are two women’s associations, a youth association and a volunteer association.

From Bioazul we want to highlight the award given to Dr. María Remedios Romero Aranda in the individual research modality. Mª Remedios is a researcher in the department of genetic improvement and biotechnology of the Institute of Subtropical and Mediterranean Hortofruticulture ‘La Mayora’ (Algarrobo) and, in addition, has worked hand in hand with the Bioazul team in the RichWater project on the use of reclaimed water in agriculture.

For 3 years she was comparing the quality of the irrigation water provided by the Algarrobo irrigation community with the quality of the reclaimed water produced by RichWater technology. The results showed the suitability of this irrigation water for its benefits not only in the development of tomato, avocado and mango crops, but also for the savings in fertilizers that its use entails, since the purification system allows to conserve in the reclaimed water the load of essential nutrients contained in urban waters, which represents a significant saving in production costs.

The results of all these investigations have been published in high-impact international journals, have been presented at numerous conferences and have been the subject of the training of a large number of national and international students, as shown in the attached documents.

3rd SUWANU EUROPE Workshop: Tools for the use of reclaimed water in agriculture