On September 30 and October 1, the Bioazul team attended the Smart Agrifood Summit fair that took place at FYCMA (Malaga). In its fourth edition, Smart Agrifood has gathered more than 1,600 professional visitors from 32 countries. This event has also had a content program where more than 200 experts in the transformation of the agri-food sector have gathered and has brought together more than 350 companies, of which more than 70 have had a presence in the exhibition area. Within this program of activities, our CEO Antonia Lorenzo opened the Water and Sustainability Forum together with Gonzalo Delacámara, researcher at IMDEA Water, where they held an interesting colloquium on innovation in the circular economy and the reuse of water applied to the food industry. On the other hand, within the exhibition area of ​​the fair we had a stand dedicated to our Water2REturn project where we presented the system that we have developed and implemented in Matadero del Sur (Salteras, Seville) for the recovery and recycling of nutrients, converting wastewater into agronomic products. 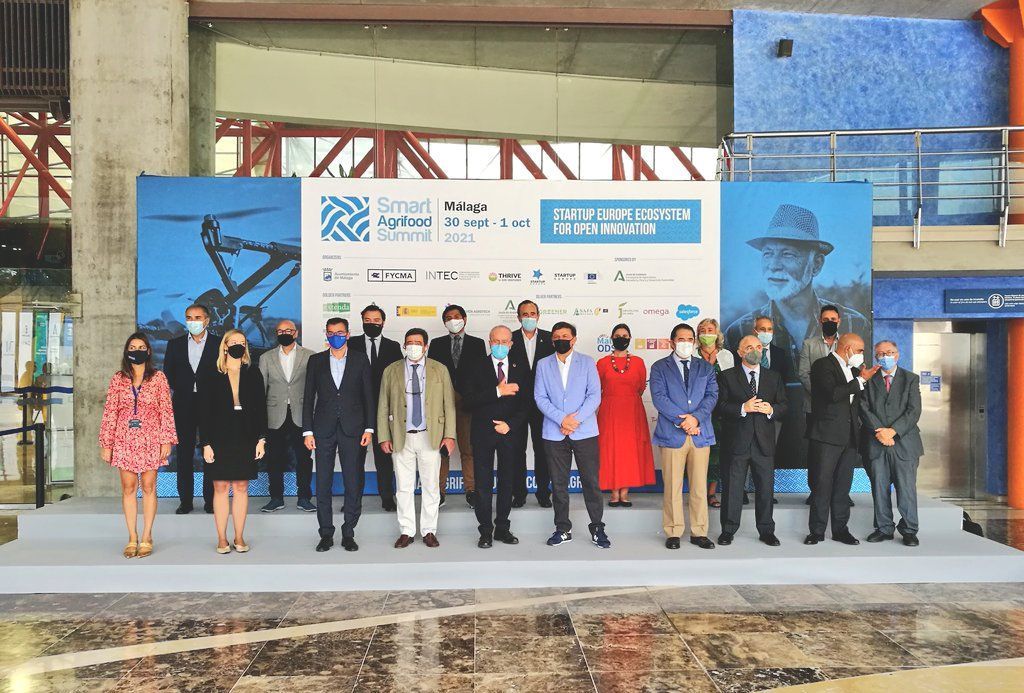 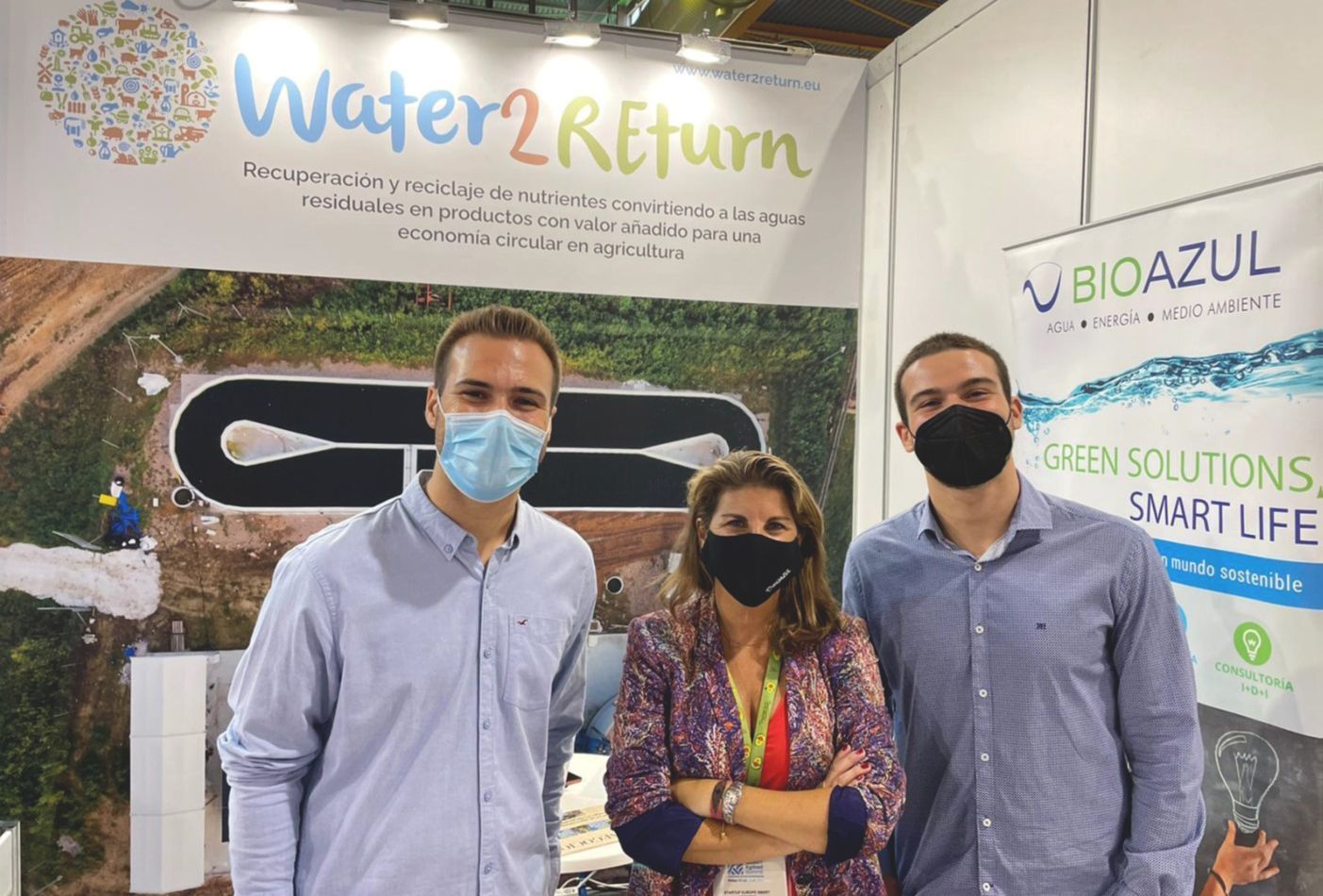 On September 30, we also organized, as a parallel event to the fair, the Water2REturn Workshop Spain with the aim of presenting the Water2REturn system as well as the quality and effectiveness of the resulting agronomic products. The workshop was a hybrid event where we got around 40 attendees between face-to-face and remotely. Among the workshop participants were farmers, the irrigation community, consumer associations and workers from the agricultural sector. The event was opened by Pilar Zapata, general coordinator of Water2REturn and project manager at Bioazul, who made a general introduction to the project highlighting all the work carried out at Water2REturn. The workshop continued with a virtual presentation by David Fernández, Head of the Circular Economy Planning Cabinet of the General Directorate of Environmental Quality and Climate Change of the Andalusia Government, who spoke about the circular economy strategy of the Andalusia Government. After this intervention, it was the turn of Julio Berbel, Professor of the Department of Agrarian Economics, Finance and Accounting at the University of Córdoba and Director of the WEARE Research Group, who highlighted the change in the economic model in water management and presented examples of countries with extensive experience in water reuse in countries such as California and Israel.

The following presentation was dedicated to introducing the technologies for the reuse of water and applications for the use of reclaimed water, which was given by Rafael Casielles, Bioazul‘s R & D & i project manager. Rafael also revealed some success stories of European projects in which Bioazul has worked in the field of water reuse, such as RichWater, SUWANU EUROPE or AquaSure. Then it was the turn of Ferrán Soldevila, Founder and manager of the company BioRegulatory Services SL, who spoke about the differences between biofertilizers and biopesticides and presented the legislative framework for agronomic products. The first results of the investigations carried out for each of the agronomic products of Water2REturn were the subject of the next block. These results were presented by David Haigh, R&D project manager at Kimitec Group, who also confessed that these first studies point to the second agronomic product, from the sludge line, as the one with the greatest commercial potential. Then it was the turn of Beatrice Bortolozzo, co-founder and director of 2B Srl, who explained why the analysis of the life cycle and environmental and social impact of the Water2REturn system is being carried out and what these results are for later.

The workshop concluded with a round table dedicated to discussing the existing barriers for the use of reclaimed water and for biofertilizers and biostimulants. The round table was formed by Pedro Parias, General Sec. Of the Association of Irrigation Communities of Andalusia – FERAGUA; Margarita Jiménez, Coordinator of the Agrifood Area of ​​the GDR Valle del Guadalhorce; and Juan Moreno, Sec. Gral. of the Union of Consumers of Andalusia (UCAUCE). In this way, some key actors were represented, such as irrigators, farmers and consumers. Moderated by Pilar Zapata, some of the issues discussed were the key factors in choosing a fertilizer, the importance of sustainability for consumers, or how to promote the implementation of water reuse projects.

The workshop turned out to be highly productive as attendees were able to learn and share their doubts about the reuse of water and the use of fertilizers.