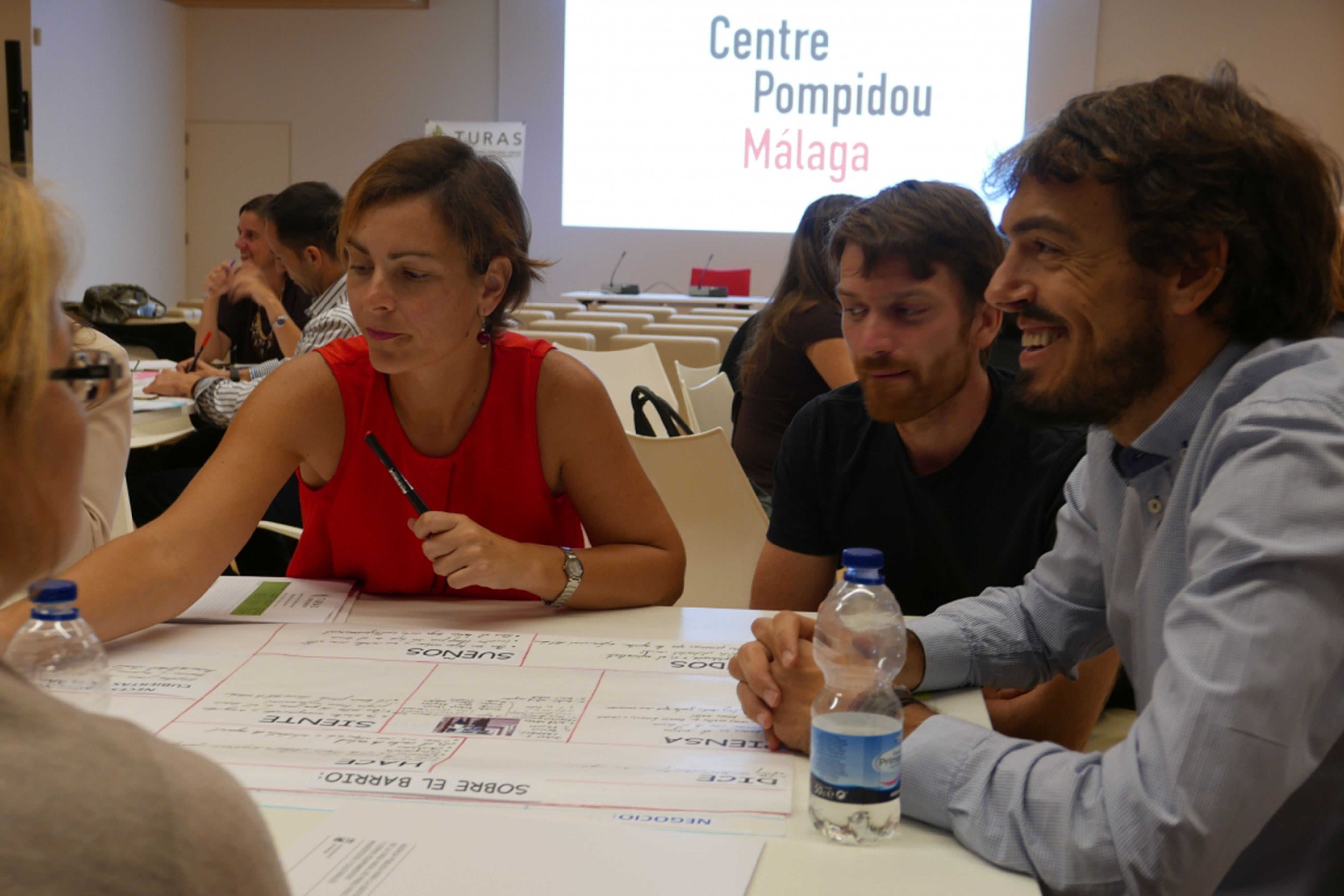 TURAS WORKSHOP IN MAY “REDEFINITION OF MALAGA CITY” 13/MAY

TURaS project started in 2011, counting on the participation of BIOAZUL and PROMALAGA, two companies from Malaga city, as members of the project’s consortium. Among the activities carried out within the project framework at local level, the two companies worked on the creation of a strategy for the redefinition of the economic and productive model of the city. The working group decided to research at neighbourhood level, series of workshops about Malaga city centre neighbourhood were organised in order to let the civil society propose new productive models.

The success and repercussion of such events was so high that it was decided to go on this research, applying the same methodology for other neighbourhoods (Palma-Palmilla, Churriana, Puerto de la Torre, Trinidad-Perchel) to go on progressing towards sustainability and resilience in the city.

The workshops will be organised following the same methodology already applied for Malaga city centre neighbourhood; the work to be done will be in line with what has been already developed within TURaS regarding different actions linked to urban resilience:

Participants will be selected considering both public and private sector, as well as social agents and research centres, contacting at first stage the municipal districts’ responsible and their social and associative fabric.

Finally, a publication containing a summary of the workshops’ outputs will be elaborated both in Spanish and English, which will be also incorporated to the TURaS publication on integrated transition strategies.

Further news on organisational aspects will be soon available.