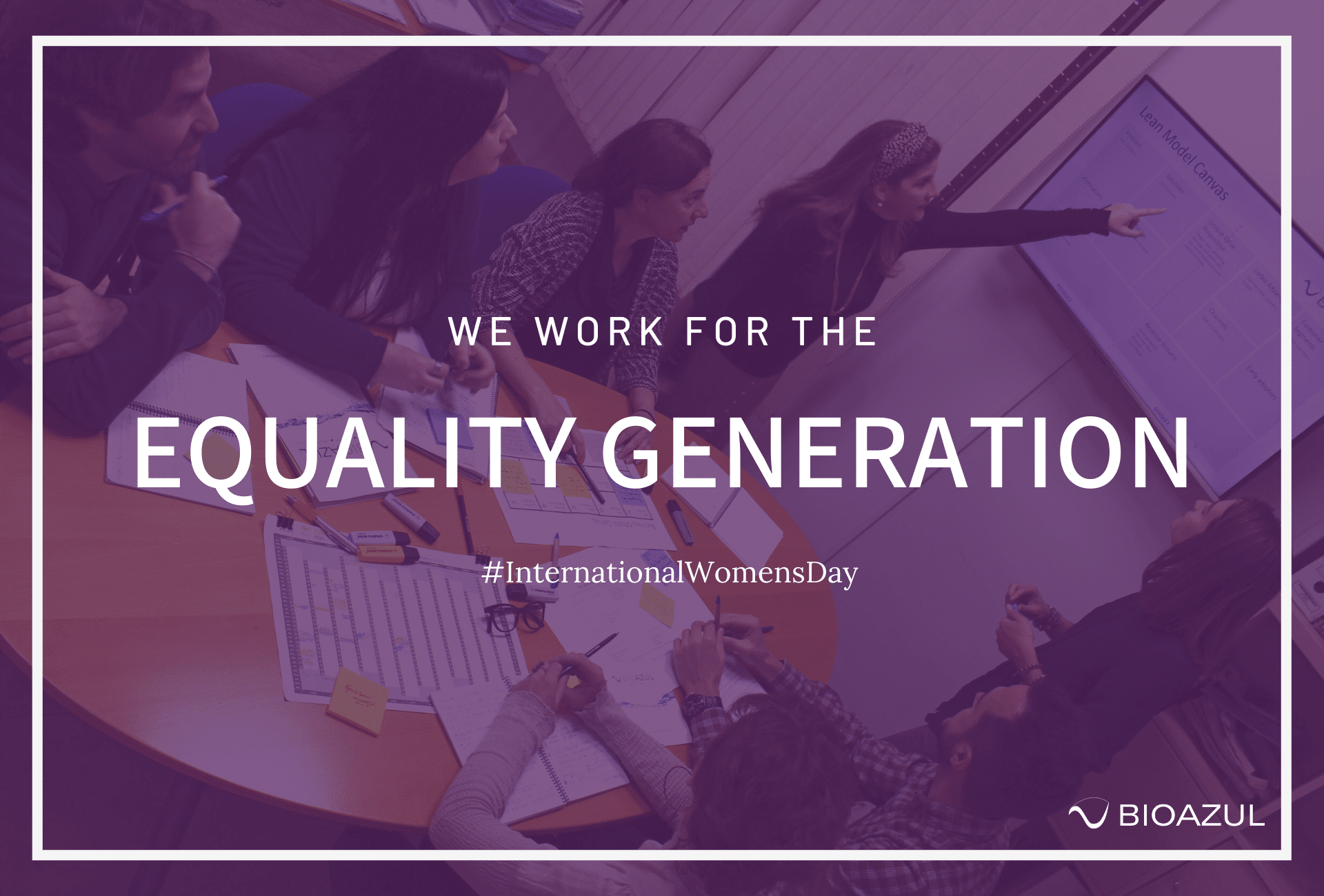 Bioazul has been selected by the Spanish Network of the Global Compact as one of the 40 entities that appears in the dossier of good practices for gender equality.

Gender equality is one of the fundamental rights established by the Charter of the United Nations since 1945 and it is also a basic pillar to achieve sustainable and equitable development in society. Although much progress has been made in this regard, women continue to suffer from inequality in representation in areas such as politics, economics or public life. Some of the data that demonstrate this reality are that in 2019 the global wage gap was 23% and the activity rate of women was 63% compared to 94% of men.

This commitment to gender equality is also very present today thanks to the 2030 Agenda with the Sustainable Development Goal number 5 dedicated to promoting equity between women and men. This SDG is considered the second most important, which means that companies are working more and more each day to promote this goal in their daily work and corporate culture.

On the occasion of the Week dedicated to Gender Equality, the Spanish Network of the Global Compact has published on its website 40 successes stories of partner entities working to achieve this gender equality.

Among the selected companies is Bioazul who stands out for being one of the few small companies to appear in this dossier with large corporations nationwide. As a good practice, Bioazul defends the leadership of women in innovation. Bioazul is firmly committed to ensuring gender equality at all levels in the organization, including the participation of women in all the activities of the company, and in decision making. He has participated in more than 40 international R&D and innovation projects since its creation, taking necessary measures to ensure the participation of its workers.

Another example of good practice is EMASAGRA (Municipal Company of Supply and Sanitation of Granada) who encourages the incorporation of women in those areas where they are not traditionally represented. Thanks to its II Equality Plan, twenty-four of its workers from different departments and who occupy both administrative and technical positions, have received a professional training and recycling course in plumbing and sanitation facilities. In this way, workers can access positions where they are underrepresented.

The AINIA company has been another of those selected for carrying out different actions for the promotion of gender equality. Its activities include the equal opportunities program in access to employment, ensuring an inclusive language in its employment announcements and following an equal selection protocol. They have also carried out training actions to enhance managerial skills with a minimum participation of women of 50%. In addition, they have enhanced the figure of women in coordination and team management positions.

These are just some examples of good practices, but if you want to know the full list click here.